The Print 13 Decision and Its Rationale: An Interview with Heidelberg’s Andy Rae

Heidelberg won’t be at Print 13, but the company says it has other means of telling its story and exhibiting its wares. This interview casts light on Heidelberg’s new marketing strategy. 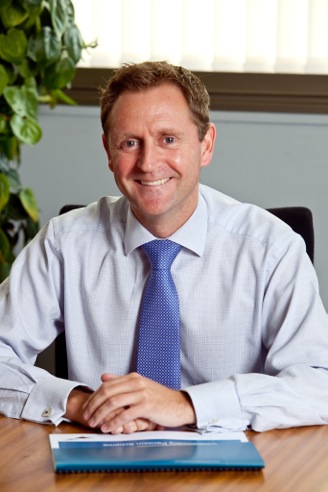 Earlier this week, Heidelberg announced a recalibrated marketing strategy that would, as the company put it, “unfortunately” rule out its taking part in Print 13. Although the decision wasn’t entirely unexpected, it still represents a huge departure from Heidelberg’s traditional approach to customer engagement.

The executive responsible for Heidelberg’s marketing outreach in the U.S. is Andy Rae, senior vice president equipment. We asked him to discuss the Print 13 decision in more depth and to describe the efforts Heidelberg is making to keep its profile high despite its conspicuous absence from the show.

WTT: With Heidelberg out of Print 13 and IPEX 2014, is there any reason to think that the company will ever be seen again at a mainstream printing trade show?

AR: We have just completed the China Print show and with 180,000 customers through the door in five days, that certainly is a mainstream show. We see emerging markets requiring trade shows in the current worldwide economic climate as they still have a large number of startup businesses. In the more mature markets such as the US we generally know the customer base well, and can consult on their needs initially in their shop.

Our worldwide tradeshow policy, which Marcel Kiessling mentioned to a group of U.S. trade journalists last December as well as just three weeks ago in a press conference for China Print, states: “Trade shows will take on a different role in our marketing mix. drupa will stay the internationally leading show for the industry. We will focus on in-house events in industrialized markets using our own infrastructure with the Print Media Centers and production sites. We will focus on trade shows in emerging markets like the China Print in Beijing.”

However, The decision on future Graph Expos is a local one, which we make each year as we prepare our budgets. So no decision has been made at this time for 2014 or later.

WTT: How did the Graphic Arts Show Company (GASC) react to the news that Heidelberg has decided against participating in Print 13?

AR: We hadn’t signed up for Print and were in discussions with GASC as soon as our Heidelberg Group announcement regarding trade shows was made. They understand our reasoning, and we maintain an excellent working relationship.

WTT: Do you plan to have any presence at all in Chicago while Print 13 is on: for example, a hospitality suite, or an off-site customer event?

AR: We will have some staff working with our partners, but we decided we didn’t want to be halfway there.

WTT: Aren’t you concerned that by not being at Print 13, you’ll lose the opportunity to close the types of sales that Heidelberg has always counted on at trade shows?

AR: To a degree of course, but we found over the last few years most deals announced at shows are deals actually done before the show. We might lose out if a customer chose to go and analyze the competitive options just at the show and make a buying decision there and then, but I’d also hope he or she would think of checking out our offerings before making a final decision to purchase.

WTT: What about the thousands of visitors who typically stream through the Heidelberg stand at the Chicago shows? Can you afford to pass up the chance to meet with all those “tire kickers”?

AR: That was a major consideration in the decision not to attend. Any interaction with customers is positive, and no customer or potential customer is seen as a tire kicker.

It came back to two things: we have a fairly complete database of the US printers so we know where they are, and secondly, with our portfolio of products being so broad, the chance of us having what a specific customer would want to see on the tradeshow floor would be fairly slim. That’s why we are investing heavily in our showroom to provide options for customers to investigate as they move through the buying and decision cycle.

WTT: As alternatives to exhibiting at a U.S. trade show this year, Heidelberg is investing in road shows, open houses, and other kinds of 1:1 engagement. What makes all of this a better marketing spend for Heidelberg than being at a trade show? What kind of ROI do you expect from the strategy?

AR: We pride ourselves on a consultative sales approach to ensure the customer buys what’s best for his business. That’s best done on a 1:1 basis. Road shows, open houses and consultation are certainly not new, and have always been done together with trade shows. Ultimately, to serve them best, we need to get out to customers to have the 1:1 discussions.

The fact that we can fully equip our showroom in Atlanta with four presses, three postpress packaging machines, a saddle stitcher, and a full complement of folders, cutters, digital production presses, and workflow means we can prove the technology to the North American customer base on the back of those discussions. ROI is hard to nail down but I know we will generate business from the mix of those approaches.

WTT: Heidelberg has the equivalent of a very large trade show stand in its demo center in Kennesaw, GA. What's currently there to see? Have you added anything new?

AR: We decided to make sure we had nearly all customer requirement angles covered going forward, so we have more equipment coming in than we could ever hope to take to a trade show.

By August we will have four presses, an ST 500 saddle stitcher, a Diana folder gluer, an Easygluer, a Varimatrix diecutter, three of our latest folders from drupa, a Polar PACE cutting system, a POLAR 66 cutter,  the Linoprint C751 and Linoprint C901 digital presses, two VUTEk wide-format inkjet printers, two Suprasetter CTP systems, and fully integrated workflow from web-to-print right through to press reporting.

All in all, it will be the second best equipped showroom in the world, after Heidelberg in Germany.

WTT: A Heidelberg road show is now under way in the U.S. Where has the show been, and what has the response been like?

AR: The idea was to take topical questions  that customers would be asking themselves when looking to either grow or diversify their business offerings, and turn them into a presentation format for open discussion with a smaller group in more localized areas.

We named the series “On the HEI Way,” and the topics we have rolled out are “Exploring UV,” “Optimizing Your Workflow and Adobe Creative Cloud,” “Hybrid Printing: Digital & Offset, the Best of Both Worlds,” and “Gaining Profits through Heidelberg’s Performance Services.” Designed to be two to three hours in total, the series began last month in Dallas. Minneapolis is scheduled in June, and then many more in July, including Columbia, MD, Richmond, VA, Cincinnati, OH, and Boston, MA. We anticipate continuing the series at least through the end of 2013.

WTT: What other marketing events are on the calendar for the remainder of the year?

AR: We will still participate in or will be a major sponsor of select, targeted trade shows such as IPMA Odyssey, as well as many of the PIA events such as the Continuous Improvement Conference, the Color Management Conference, and the LPIA Conference. We also take part in the Emerge and the Franchise Services annual meetings, and others. We will take customer groups to segment-specific events in Heidelberg a few times this year, and we’ll continue to have open-house events in our showroom in Kennesaw approximately once per quarter.

And, not to forget, we continue to support SkillsUSA on the state and national level, which is akin to a tradeshow as far as our planning and investment goes. More locally, our regional sales teams will continue to support their state PIA affiliates and other industry associations and educational institutions.

WTT: Thanks for bringing us up to date on Heidelberg’s current marketing strategy. In conclusion, what product markets do you think will be strongest for Heidelberg in the U.S. over the next few years? In which ones will you need to make a stronger push?

AR: Packaging, digital, and consumables are our key areas for growth in the foreseeable future. The packaging market is all about industrialized production and I can assure you nobody in offset can get close to the output of Heidelberg machines on a daily/weekly/monthly basis. So, we are well suited to that market. We also need to push hard in the commercial sector as that has been our heritage. We know that our latest technologies allow a “two machines out and one replacement in” strategy which can save our customers money despite the fact they have a new machine to pay for.

The worldwide growth of web-to-print pressurizes that part of the market to become leaner and more efficient, and with our service network being the strongest in the industry nobody should be afraid of relying on one machine in their shop. Our steady growth in consumables, to the current point where we have a very broad prepress, pressroom and postpress portfolio, nicely complements our traditional equipment legacy.

More blah, blah, blah MBA speak. How hard is it to admit that demand for your product is down??? "We also need to push hard in the commercial sector" - really? Still trying to beat that dead horse?

All deals at shows were done before the show- called "lapel orders"- sometimes at a discount so the salesman could get an extra bonus for selling "at the show." That's been happening for 20 years.

They should never have gotten rid of the DI or the Nexpress.

The great mistake which Heidelberg have done years ago is the sale of digital printing to Kodak and Web Offset to Goss...since that time Heidelberg went down!