There has been lots of press about the struggles of traditional publishers in making the transition to a more digitally-enabled business model, but less attention has been paid to the impact of digital on catalogs and other retail-oriented pieces that typically have been produced in print. Printers take note: There is significant change coming your way if you are in the business of producing print for retail. 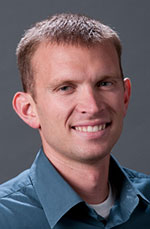 In its release of a new study on mobile shopping habits, our friends at Adobe stated, “Increased consumer interest in using shopping applications means retailers must adapt to meet the rising expectations for specialized mobile shopping experiences.”

While you might interpret this statement to pertain to online shopping carts, it goes much further than that, and is likely to have a growing impact on print volumes.  Yet another argument for printers adding tablet publishing to the mix.

I spoke with Dave Dickson, Senior Product Marketing Manager, Adobe Digital Publishing Suite, to get a little more insight.  And Adobe was kind enough to send us an infographic—some people love ‘em, some people hate ‘em, but I find them helpful in taking a structured view of the subject and data.

In explaining why Adobe commissioned the study, Dickson said, “Recently we have seen interest from retail catalogers in producing catalogs for tablets, so we commissioned this survey to see how consumers are using their tablet/mobile devices for shopping and now that might relate to changes in catalog publishing.”

The survey was conducted during the 2012 holiday shopping season among more than 1,000 shoppers who owned tablet/mobile devices.

“We saw quite a bit of difference in how shoppers use tablets versus smartphones in the purchasing process,” Dickson commented. “Two times as many tablet owners use their devices for shopping as compared to smartphones. This is likely due to the larger tablet screen size and the more immersive experience a tablet offers. Tablet shoppers don’t browse; they buy … smartphone shoppers are more likely to use phones for comparison shopping.”

Retail apps are also gaining in popularity, according to the study.  These brand-specific apps make shopping at a particular venue easier and bolster customer loyalty, both important in a highly competitive retail market which hasn’t been helped much by an uncertain economy. In fact, according to Dickson, more than half of shoppers expect to make a purchase using a retail app in the next year, up 15% over the previous three months, a significant uptick on a growth path that is likely to continue into the foreseeable future.

Retailers are also looking to better understand a changing marketing mix as well.  One interesting thing the study revealed is that whether you are speaking of smartphone or tablet shoppers, nearly 90% mobile purchasing decisions are influenced by friends, reflecting the ease of garnering those opinions and interactions with a larger number of friends in a short period of time in an increasingly mobile world. This is driving retailers to increasingly tap into the power of social media to increase their visibility, customer loyalty, and ultimately, sales.

In terms of operating systems, retailers are focusing primarily on the iPad/iPhone environment, with somewhat less activity on the Android scene.  One has to wonder, however, whether we will see a shift in this focus during 2013 and beyond.  There are signs that a post-Jobs Apple is struggling a bit, and it remains to be seen how that will play out over time.  Apple has proved amazingly resilient in the past; how much of that was due to Jobs-as-visionary is not clear at this point.

The other factor that may help boost Android activity is Google’s concerted effort to move OEMs to more recent versions of the Android operating system; Samsung has recently announced it is moving to the latest platform, Jelly Bean, which may encourage others to follow.  Having used the Jelly Bean operating system, compared to earlier Android versions, I can tell you that it is significantly improved and in a position to compete more favorably with iOS than previous versions.

Of course, from Adobe’s perspective, the ease of creating digital publications for a variety of smaller-screen mobile devices (tablets and smartphones) using the Digital Publishing Suite is a key driver that enables retailers to join the digital publishing movement with both catalogs and magalogs that also contain lifestyle content in addition to product information. Magalogs include integrated lifestyle content that shows the product in the context of its use, and this, according to Dickson, helps consumers to more easily envision themselves using the product.

Dickson concludes, “It is the immersive, lean-back experience that lends to the browsing and shopping experience on tablets, while smartphones tend to be used on-the-go to secure very specific information. With Digital Publishing Suite, retailers can easily address both shopper experiences with content tailored to the individual device.”

Printers: are you considering tablet publishing as part of your future?  Your customers certainly are.