No Process & Chemistry Free Plates – The Future is Violet!

In October at the IFRA newspaper exhibition in Vienna and in September at the IGAS exhibition in Tokyo the next generation of CtP started. This was the showing of the new chemistry free violet CtP plates we have been looking forward to seeing since they were previewed at IPEX in 2005. These new plates from both Agfa and Fujifilm were demonstrated at these shows and to my understanding are to be officially launched and become available at drupa in May 2008. 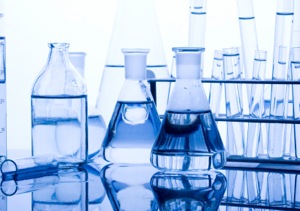 I'm well known as a supporter of violet CtP so why do I think this is the next generation of CtP? I say this because I regard the recent developments with both no process and chemistry free thermal CtP plates as a sideways rather than a forward step in CtP. This is because these plates are not totally suited to the mainstream of CtP operations. They are too limited in what they do, with most being too slow in operation, too expensive to be competitive, and in certain cases not being good plates for the press operator. The new chemistry free violet plates are very different in that they are "no compromise" plates. That means they don't require more imaging power, don't run slower than standard violet CtP plates, have similar run lengths to standard violet CtP plates, and provide comparable image quality to standard CtP plates for both newspapers and commercial printers. They also take out the only variable in the process of creating the plates, namely the chemistry used for plate development.

Why I am a fan of the forthcoming violet chemistry free plates is as stated before, that they are "no compromise" plates. They can be imaged at the same speed on the same CtP devices as used for standard violet CtP plates.

For more than two years we have had both no process and chemistry free plates in the market using thermal imaging technology. No process is as its name states a plate that goes straight from the CtP device onto the press with no further processing. These plates are the Kodak Thermal Direct and the Fujifilm Brillia Pro-T. Chemistry free plates have an intermediate process where they have a wash and gum operation before being mounted on the press. These plates are the Agfa Azura and Presstek Anthem Pro. The Anthem Pro does not need a gumming operation. Of these plates I prefer the chemistry free approach for reasons I will define. No process and chemistry free plates with the exception of the Fuji Brillia Pro-T require almost three times the imaging power as standard thermal CtP plates and consequently image much slower. They also have limited run lengths in comparison with standard thermal CtP plates and cost significantly more.

Personally I am not a fan of the no process plates for a number of reasons. There is a very minimal visible image on the plate and it is not possible to check its quality with a plate reader. It is also difficult to check image quality or imposition before mounting the plate on press. The image on the plate has a very limited lifespan of around one hour after imaging in a normal white light situation before being mounted on press. This prevents making a plate sometime before printing unless the plate can be kept in a totally dark storage area. There is also a potential problem of fount solution contamination on the press. This is because the unexposed areas of the plate are first softened by the fount solution and then removed by the tack of the ink and deposited on the first waste sheets. In certain cases a small amount of this dissolved coating can feed back into the fount solution of the press corrupting it and this can mean more frequent cleaning of the press. These plates also cannot be baked if long press runs are required. The plates also are not suited for use with UV curable inks because they appear to be incompatible with UV solvents. I fully understand the defined ecological benefits of not having to use water and having no waste solutions to get rid of, but I don't think using a press as a plate processing and cleaning system is an ideal approach.

Among other key points is that violet technology is lower in cost to purchase, lower in cost and more reliable to operate, higher in performance and has a better future than thermal CtP.

Why I am a fan of the forthcoming violet chemistry free plates is as stated before, that they are "no compromise" plates. They can be imaged at the same speed on the same CtP devices as used for standard violet CtP plates. If necessary the existing plate processors can be used for the final heat wash and gum at the same speed as for chemistry-processed plates. Just replace the developer with a gum solution. Otherwise a special wash and gum unit can be used. The plates image at high-speed and so are ideal for both newspapers and larger printers. Also the plates print in exactly the same way as the current conventional violet CtP plates so no change is required in the press room. They are also quoted as having longer run lengths and can be baked for extended runs. They also can be used with UV curable inks.

Among other key points, and I reiterate what I have been saying for years, is that violet technology is lower in cost to purchase, lower in cost and more reliable to operate, higher in performance and has a better future than thermal CtP. At drupa, as well as these new next generation violet chemistry free plates, we will also see the next generation of violet CtP engines. These will have twice the imaging power of today's CtP devices and this means faster imaging of plates.

Today predominantly only smaller printers have adopted the no process and chemistry free thermal plates where there are low volume requirements for plates. Larger printers and newspapers have found these plates to be uneconomical to use for cost and performance reasons. Obviously this situation can change to make the situation more attractive for higher volume plate users if the suppliers bring down the prices of the plates. Violet chemistry free plates and the forthcoming faster violet CtP engines can change all this and make it economical and productively viable for the larger printers and newspapers to start using these more ecologically viable plate making processes.