As part of WhatTheyThink&

As part of WhatTheyThink’s Education Week coverage I spoke with Jeanne Mowlds and Brenda Kai from EDSF, as well as the new U.S. Public Printer, Bob Tapella, about the role of education in ensuring the future viability of our industry. Both discussions reflected the value of blending real-world experiences with academic learning for a more meaningful student experience.

I checked in with two of the leading schools who have graphic communications programs to find out what they are doing in this regard: Ryerson University in Toronto, and University of Wisconsin-Stout. Both programs are working hard to deliver the most current and relevant experience possible for their graduates.

Sharma incorporates real-world experiences into the program in a number of ways, including internships. During the summer between the third and fourth year, Ryerson students are required to intern with a graphic communications company. This year, students participated with a wide range of well-known industry names, including Bowne, RR Donnelley, Schawk, Transcontinental, Webcom, FedExKinko’s and Xerox. Students also took advantage of opportunities at a number of smaller printing firms across Canada, as well as Canada Post, the Ministry of Finance, the Archdiocese of Toronto, and even Ryerson University itself. They served in a variety of roles, from prepress and CSR to public relations and sales.

“Most of the time,” says Sharma, “these companies will evaluate these students during their internship, and employ them part-time during the balance of their education, offering them full-time employment upon graduation.” The evaluation goes both ways, according to Sharma, who indicates that students also appreciate the opportunity to experience the company’s culture and processes before accepting full-time employment. “They also sometimes find out what they don’t want to do during these experiences,” Sharma adds. “Perhaps they discover that they really don’t like estimating or production coordination, and it helps them refine their focus for the balance of the program.”

Ryerson also engages students in a number of other ways outside of the academic environment. One terrific example is Sharma’s role in running the IPA Proofing RoundUP which has been presented at the IPA Technical Conference for the past five years. Sharma engages a team of students to help with the process, and students have been sourced both from Ryerson and Western Michigan. Students help with various overall aspects of the conference, including logistics and registration. In addition, they work with Sharma to solicit, gather and evaluate proofs as part of the RoundUP. “This gives us the ability to bring students to the conference,” says Sharma. “They get to see how a conference is run behind the scenes. They also learn how these technical tests are set up and conducted, and they gain an understanding of how our industry is moving toward standardization.” Students participate from the beginning, including conference calls and discussions that take place on various committees. “Sometimes people think that standards are developed with some huge process,” he comments. “But through this involvement, our students learn that it is really a relatively small group of very dedicated scientists who do this work that has an immensely huge impact on the industry.” Sharma also engages Ryerson students in the TAGA conference in a similar manner. “TAGA is very student friendly,” he says. “There are two special events during the conference designed specifically for students, and they have an opportunity to present papers at the conference as well. Not only do they get the exposure, but they learn how to effectively present this type of information, an important skill for the future.”

Sharma also encouraged Ryerson to apply for an EDSF academic grant, and the grant was awarded to a team comprised of Professor Christopher Kular and six students: Cecily Lo, Diana Brown, Mary Cheng-I Huang, Darsan Sivanantharajah, Matthew Kasumovic and Cayleigh Nichols. I had the pleasure of acting as the research mentor for this project, Trends and Innovations in Packaging including Links to JDF-compliant Hardware and Software Applications. The students worked very hard on this project. “It was a lot more work than they thought it would be going in,” says Sharma. “But we all know how that is, and it was a great real-world experience for them. And they are now published in a very visible spot!” Nichols and Brown were also part of the IPA Technical Conference this year, and I had the opportunity to meet these impressive future industry professionals, and to interview them on video.

Last, but certainly not least, Ryerson, like all of our educational institutions, looks to the suppliers to the industry for donations of hardware and software. These are extremely important to the schools, who do not always have funding to purchase everything they would like to expose their students to, and these donations help keep the schools state of the art. “ICS donated unlimited licenses to its Remote Director soft proofing solution for two years,” says Sharma. “One of my students was particularly excited about this since the company she was working for part-time was in the process of evaluating the solution. Her exposure to it in class put her in the position to be able to contribute to that evaluation in a meaningful way. And assuming her employer decides to acquire Remote Director, she will be more knowledgeable about its use when she heads to the workplace full time.” Sharma indicates that Ryerson has also just received a donation from GMG Software, and those proofing solutions will be incorporated into the curriculum as well. 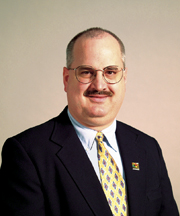 Last year, I interviewed Ted Bensen, Program Director at University of Wisconsin-Stout, following the announcement that XMPie had donated its entire cross-media suite to the university. I followed up with Ted last week to see how they were progressing with the integration of cross-media communications, arguably one of the hottest areas in our industry, into their curriculum.

“We have been working with XMPie over the past year to integrate cross-media into our curriculum,” says Bensen. “We have already run one class where students did some designing for personalized direct mail. One campaign was a follow-up with high school students we met at Graph Expo who were interested in our program.”

Bensen is excited about the impact this generous donation will have on the curriculum. “We have revamped our entire premedia path so it culminates in a cross-media experience,” he says. “We always had courses in prepress, file preparation and an introduction to software features. Now we have added a cross-media marketing systems course, along with a web development course to parallel the file preparation for print. Our graduates will be equipped to handle both print and non-print file preparation and they come into the cross-media course with a broader set of skills.” Bensen points out that during the cross-media course, students learn how to apply cross-media technologies, and the relationship between databases, business logic and campaign and promotion strategies that go into developing a successful cross-media campaign. This is a required core course for all students with majors in Graphic Communications Management.

There is interest on the part of potential employers as well. Bensen reports that a number of XMPie user companies have contacted the school for more information. “There is growing interest in cross-media and variable data printing,” adds Bensen, “regardless of what system the employer is running. They are looking for students who have a good understanding of variable data and the whole emerging strategy of multichannel cross-media marketing and promotion. We will now be able to address that need through our programs.”

Although some graphic communications programs are reporting difficulty in recruiting students, that does not appear to be an issue at Stout. Bensen says, “We don’t cap our enrollment; we take all interested students. Our challenge, though, is convincing students that not everyone has to be a designer. We are looking for students that are willing to consider a broader range, from design to delivery of the product or service. And we are seeing an increase in enrollment. The cross-media focus is partly responsible for that. It has helped generate a little more buzz among prospective students.”

Revamping the program is not that easy, though, according to Bensen. “You can’t just run students through a software manual and make them Cross-Media experts,” he says. “You have to parse it out into little experiences that build on each other and give them enough exposure that they can apply it at increasingly sophisticated levels.”

Stout is looking at expanding the use of cross-media into its production practicum course, says Bensen. “Students deal with live projects in that course,” he adds. “We are hoping to use it to help promote the program itself. We are just in the beginning stages of a very exciting project that will expose high school students to the concept through a web-delivered tutorial that will provide experiential interaction for them.”