PrintFest 2008 will be held at the Anaheim Conference Center in California, 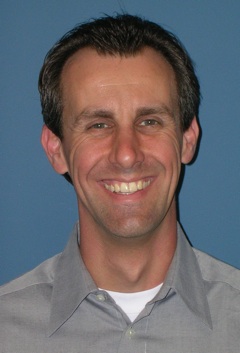 PrintFest 2008 is particularly interesting because Jacobson is collaborating with the Direct Marketing Association of Southern California (DMAsc) to host PrintFest and the Southern California Direct Marketing Expo under one roof, bringing print and marketing together, with an event that is targeted equally at printers, marketers, designers and other creative professionals.

“Our belief is that in a changing industry such as ours,” said Jacobson, “you cannot continue to do things the way you have always done them. Our objective at PrintFest this year is to bring customers and printers together with manufacturers and suppliers, paying special attention to the education of creatives and marketers relative to the changing world of print.”

Printers need to understand that all of this new media and alternative media is not the enemy. It is the wave of the future as the worlds of marketing and print collide, and it is part of the package that printers must bring to their customers in a consultative solution. -- Gary Mack, Primary Color

One way PrintFest is adapting to a changing environment is in the way the show is being promoted. “In the past,” says Jacobson, “we have promoted the show in the same way that most others have, with static mailers. Not so this year. We are walking the talk with a full integrated cross-media marketing campaign.”

Gary Mack of Primary Color, a pioneer in cross-media strategies, is spearheading the campaign design and execution. He says, “I was on a panel with Bob Hughes, Executive Director of DMAsc, last year at On Demand. That’s when the idea for the cross-media campaign promoting PrintFest was born and Chris was thrilled with the concept.”

Variable mailers will be sent to past PrintFest and Direct Marketing Expo attendees as well as other targeted lists beginning this month. When recipients visit their customized Web URL included on the mailer, they will be asked a series of questions. Business rules programmed into the site will determine what conference sessions are most suited for each individual attendee and present them with a proposed conference agenda, which they can modify as they like, and they will be given the opportunity to register. There will be a series of automated follow-ups by print and e-mail, depending on responses, to keep the dialog going and excitement levels high.

A cornerstone of the PrintFest conference is Thursday’s session, an in-depth case study built around the design, development, execution and results of this multichannel campaign. “We are using ourselves as the guinea pig,” explains Jacobson. “And we are going to provide all of the details, warts and all, about how this campaign was orchestrated. It will include what we did right, what we did wrong, the results we achieved and our conclusions. It will be very educational.” The case study will begin with a joint overview session and break out into marketing and print tracks for detailed discussion.

Bob Hughes and DMAsc have been PrintFest supporters since its inception. He says, “Our members are excited about this joint venue. There will be conference tracks tuned to both marketing and printer attendees, and lots of networking opportunities for both. Although we have been doing an Expo for 30 years and have had good success, like Chris, we realized that in this changing world of ours, we needed to change too. The joint PrintFest/Direct Marketing Expo event is the perfect platform for that change.” Hughes indicates that included in the marketing tracks will be hands-on learning sessions about a series of hot topics, including search engine optimization, e-mail pay-per-click, and multichannel cross-media communications. “We will be teaching them how to do it themselves,” he adds, “This is not just theory; it is solid hands-on exposure with a real-world backdrop.” Printer tracks will focus on how to use the latest cross-media techniques, including personalized Web URLs.

Jacobson indicates the show is on target to have 250 to 260 booths, with 2,500 to 3,000 total attendees between the print and marketing sides of the show. WhatTheyThink is a show sponsor and our own Dr. Joe Webb will be there to moderate a keynote panel of experts as well as a number of conference sessions on Friday, and will be offering his own somewhat contrarian opinions throughout the conference. The keynote, with the topic, “The Integration of Print with the Future of Marketing Communications,” will include Jeff Jacobson, President & CEO of Presstek; Charlie Corr, Vice President of Corporate Strategy for Mimeo, and others yet to be announced, in what should be a lively and very informative session on Friday morning.

“One thing I find interesting,” comments Jacobson, “is that at PrintFest, about 10% of attendees come for the conference and exhibition, and 90% are exhibition only. It is exactly the opposite for the Direct Marketing Expo. The majority of attendees—and there have been more than 400 in recent past Expos—come primarily for the conference, but do take time to visit the Expo.”

Hoping to boost conference attendance, the PrintFest strategy for 2008 is very focused. “In Gutenbergs gone by,” says Jacobson, “we have had over 60 classes, and there might only be three people in some of the classes. We wanted a fresh perspective, with new people coming in to speak at sessions with content we think is important for attendees. Instead of trying to be everything to everyone, there are fewer, more focused conference sessions, and this will raise the overall value of the conference.” The group has also taken into account the demographics of attendees on a daily basis to further target conference content. “On Friday,” says Jacobson, “you generally see attendees from larger companies. Saturday draws the smaller printers, freelancers and people from small creative and design agencies who cannot afford to close up shop on Friday but still want to take advantage of the educational opportunity. We have designed conference sessions with their individual needs in mind.”

Jacobson points out that everything that is new at PrintFest in 2008 is being added to, and not in place of, traditional content for the printer audience. “Printers still need to be informed of the latest in both current and future technologies and systems, and how to transition profitably from today to tomorrow,” he says.

“Printers need to understand that all of this new media and alternative media is not the enemy,” concludes Mack. “It is the wave of the future as the worlds of marketing and print collide, and it is part of the package that printers must bring to their customers in a consultative solution. That is what we are spotlighting at PrintFest—focusing on the print component, but bringing it all together in a comprehensive approach. The case study of our cross-media campaign to drive conference attendance will be a terrific launching pad for the discussions that will go on over the course of the event.”