Think Cast Vinyl Is a Must for That Project? Think Again

With myriad supply chain issues, some materials are harder to obtain than others. One such material is cast vinyl. However, for some applications, calendered vinyl—which is more readily available and more cost-effective—can be substituted for cast. This article, sponsored by FLEXcon and written by FLEXcon’s Jodi Sawyer, identifies where calendered vinyl is an acceptable substitute. 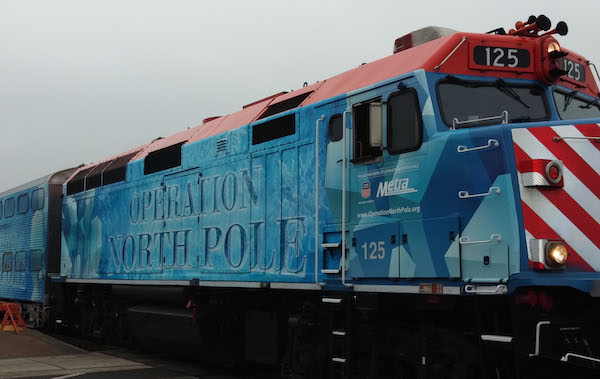 While it’s not news that there are myriad supply chain issues happening in the industry, it is interesting to note why certain raw materials are scarcer than others. One such material is cast vinyl. Part of the reason for its low supply is that the same resins used to create it are also used to create adhesives, and priority is being placed on the manufacture of adhesives. This, of course, creates a challenge for printer service providers (PSPs) that rely on cast vinyl for the large format graphics and wraps they produce. The good news is that for some applications, calendered vinyl, which is more readily available and more cost-effective, can be substituted for cast while offering the required performance without being over-engineered. The goal of this article is to raise awareness around when a calendered vinyl is an acceptable substitute and why. 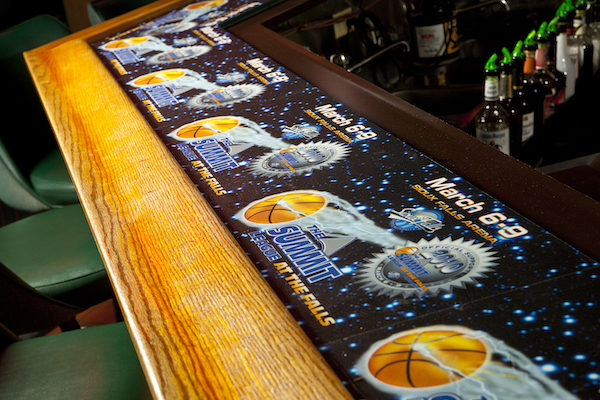 There is no need to use a more expensive cast vinyl on flat, indoor surfaces that will not be exposed to harsh conditions.

Cast vinyl is known for its five-to-seven-year outdoor durability and conformability which make it ideal for exterior applications that will be exposed to UV rays and inclement weather, as well as vehicle wraps which require the ability to conform graphics around tight-radius and compound curves. It’s also possible to have cast vinyl produced in custom colors which is attractive to brands for which a brand color match is essential for brand recognition. Calendered vinyl generally has two-year outdoor durability and up to five-year interior durability. While it is less conformable than cast, it works for short-term changeable applications on flat, simple curved surfaces and can be used on complex surfaces with installer techniques that consider the differences in behavior between cast and calendered vinyl. With calendered vinyl being less expensive, there’s a total applied cost savings for using it in certain applications.

Cast Vinyl is made from liquid resin that is poured onto a casting sheet. The process gives it dimensional stability in all directions while making it thin and flexible enough to conform as the application requires. It can also withstand heat during installation, allowing installers to use heat guns to help it conform better to rough textured surfaces or around complex surface areas such as door handles and rivets to achieve a painted-on look.

Calendered Vinyl starts out like taffy and is passed through gigantic, heated rollers that stretch it in the machine direction into thin sheets. The result is a thicker, less flexible film which works nicely for flat to moderately curved surfaces. Application of heat, however, can cause it to change color and produce a stronger bond to the application surface than desired.

The differences in thickness and conformability mean that the two films behave quite differently. Cast is rather flimsy, and the flexible handle is what allows it to conform around complex surfaces. These attributes along with its dimensional stability allow cast vinyl to tolerate high temperatures such as summer weather in hot climates and south-facing surfaces with dark graphics. Calendered film is less flexible than cast and dimensionally stable in the machine direction only. If being installed on rough-textured surfaces such as a textured wall, a heavier coat weight of adhesive may be needed because the film will not conform to the topography of the surface like a cast product will. It does offer better abrasion resistance than cast.

PSPs looking to move to calendered vinyl for some applications should ask themselves these questions: 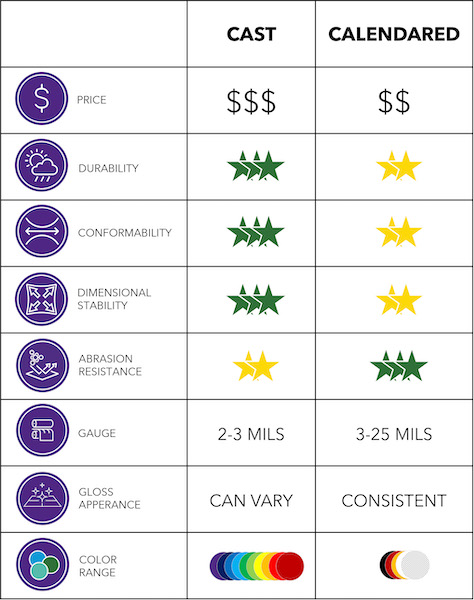 For example, a graphic placed on top of a dugout—a flat, horizontal surface—might seem ideal for calendered vinyl. In New England, that could be true, but in the Southwest it may not be, given the difference in UV exposure and duration. In this case, based on its long-term outdoor durability, cast vinyl would be the better choice. An interior wall or floor graphic on the other hand, that would not be exposed to UV or other environmental conditions such as extreme heat, humidity, or chemicals, would be a prime candidate for a calendered vinyl compared to an exterior, long-term application applied to compound curved surfaces. That’s not to say that a calendered vinyl can never be used for a typically cast vinyl application. The graphics for the Operation North Pole train, a short-term application for which FLEXcon has donated materials multiple times, were printed on a calendered vinyl. The key in a situation like this is to work with an experienced installer who understands the limitations of calendered vinyl—where to make relief cuts, etc.—so that the material can handle the job. 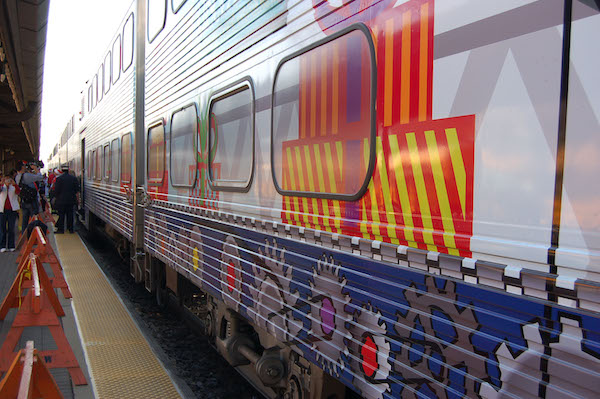 While cast vinyl may be the only reliable choice for certain applications, there are many for which calendered vinyl could be substituted with no risk to application success. Yet, print clients quite often specify a cast vinyl for applications that don’t require its levels of durability and flexibility. Why? Because it’s what they know works for their outdoor applications, and “if it ain’t broke don’t fix it.” PSPs also have a certain comfort level working with cast, and although they might be able to offer a more economical calendered vinyl in some instances, why assume the risk associated with a substitute rather than simply sticking to the spec? Current supply issues, however, may force their hand. In fact, demand for both cast and calendered vinyl has been rising and is expected to continue. According to Grand View Research, the global vinyl films market reached US$3.23 billion in 2021 and is expected to grow to US$4.42 billion by 2028. This growth is attributed to rising demand for fleet vehicle graphics and increases in the sign and graphics industry. If supply chain issues persist, PSPs may need to reserve their supplies of cast vinyl for the applications that truly require it and offer calendered vinyl for those short-term changeable applications that do not. Knowing when it’s appropriate to make a substitution and how that will impact installation and performance will be key to securing the business and ensuring a satisfied client. Where the choice is unclear, consulting with the manufacturer may be the best bet.