The Target Report: The End of the Dotcom Era—October 2021 M&A Activity 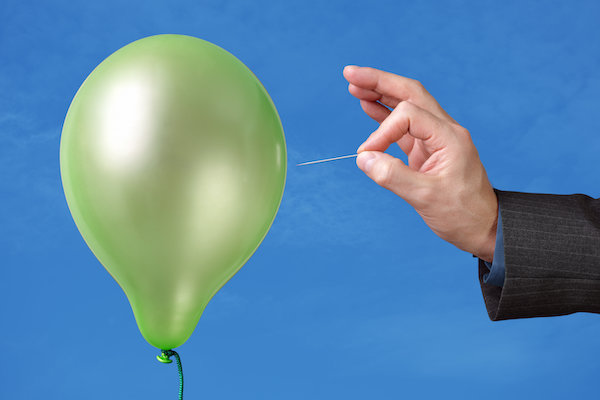 The printing industry had its own dotcom boom and bust. It was at the end of the last millennium and the big Print show held at McCormick Place in Chicago was all abuzz about the dotcom companies that were invading the industry. These upstarts were making big promises that they represented the new way that printers and their customers would come together via automated internet-based platforms. The star of the show was printCafe, a newly agglomerated collection of acquired existing printing management information systems. With a hipster booth, all decked out in coffee brown and a clever steaming cup of coffee logo, the prime show location was mobbed. Some attendees, myself included, were trying to understand what it meant now that my printing company’s MIS system had been acquired by and was part of a dotcom darling. Did I really want this upstart coming between my company and our customers? Exactly who did they intend to serve, printers like me or our customers? I knew right away that the reverse auction feature did not sound good.

Along the back wall was another dotcom startup promising to change the world of printing. They called themselves Noosh, a whimsical name with a correspondingly whimsical logo. At the time, it was not exactly clear what they intended their software to do for printers, or maybe do to printers. But it certainly was exciting. The dotcom craze was in full swing and every day a new company appeared ready disrupt another industry, from books to pet food (as we now know, the book thing worked out, the pet food thing did not). Printing was just next in line.

It’s been two decades since the internet bubble burst in 2000, dotcom stocks crashed, high-flying companies evaporated overnight, and internet companies lost an aggregate 75% of their value in six months.

PrintCafe missed the boat, planning to go public in March 2000, the same month that the warning flags went up that many of the dotcom companies were burning cash with no prospect of making a profit. Not to be dissuaded, and still burning cash, printCafe went public the next year, eventually earning the position as the second-worst initial public offering of 2002, losing 90% of its initial offering price. As it turned out, not much changed with the MIS systems. Progress came to a virtual halt with the MIS systems until eventually EFI acquired printCafe. EFI dropped the caffeine-inspired theme and began the difficult job of making sense out of the disparate members of the coffee clutch.

Noosh somehow made it through and survived, morphing into a marketing execution and procurement system. The logo grew up, as did the business, recently reported to have in excess of $1.2 billion of spending coursing through the Noosh system on the way to printing and promotional suppliers. The audience for Noosh is now clear, large corporate enterprise marketing departments and advertising agencies are each offered a version to support their procurement of marketing materials and control costs. Printing companies need not apply.

The Noosh website still promotes the dreaded reverse auction, a very unpopular (among printers), but common, feature of early internet-based print purchasing platforms, in which participating printers get the privilege of finding out which company will lower their price the most.

HH Global, the UK-based print and marketing management company, announced the purchase of Noosh, touting that the combination of the companies “will allow both businesses to leverage greater aggregated spend under management.” The purchasing power of HH Global is not welcome at many printing companies when they find out that their formerly loyal customers have outsource the print buying decision to a global behemoth whose very existence is based on relentlessly squeezing down suppliers’ margins. The acquisition of Noosh comes a little more than a year after HH Global took out Innerworkings, its major competitor in the print management business (see Buyers are On The Move and On Track, Marketing Execution (Print Management) – July 2020).

Much has changed since the dotcom boom and bust. Printing companies still have direct relationships with many of their customers. The promise of printCafe and Noosh did not play out as their founders thought and promised back in Chicago. However, as it turns out, a significant portion of the spend on printing and related marketing materials was disrupted and is now controlled by a global intermediary using internet-based technology.

Allan Creel, formerly the owner of Creel Printing, is back in the game with the purchase of Fenske Media in Rapid City, South Dakota. Creel was an early devotee of on-demand digital printing technologies within the commercial printing segment, acquiring New Jersey-based GlobalSoft Digital Solutions back in 2015, a quantum-jump in distance and technology from the large offset printing facility the company had in Las Vegas. Creel Printing grew to six locations, $120 million in revenue, and approximately 700 employees, before selling out to LSC Communications in 2017. In another stop on a long and winding road, in 2020 Creel bought back his namesake company in a 363-asset sale from LSC Communications when LSC entered bankruptcy. That did not last long and select assets of the company were sold to national consolidator Mittera Group less than five months later and the Las Vegas operation was shut down. People in the printing industry often say the ink gets in your blood and no matter how hard you try the industry draws you back in. It seems that Allan Creel would agree.

Private equity firms continued their love affair with the packaging industry. Roll-ups are combined with other roll-ups and PE funds complete secondary and even tertiary buyouts from other funds (see Private Equity Fuel$ Consolidation of Label Industry – September 2021 and also Packaging Industry Consolidation in Every Direction – July 2021).

Fortis Solutions Group, with backing for several years from Main Post Partners, was acquired in a secondary buyout funded by Harvest Partners. Four days before the announced switch of financial sponsors, Fortis itself acquired Quality Tape and Label, a manufacturer of labels and shrink sleeves in Marietta, Georgia. 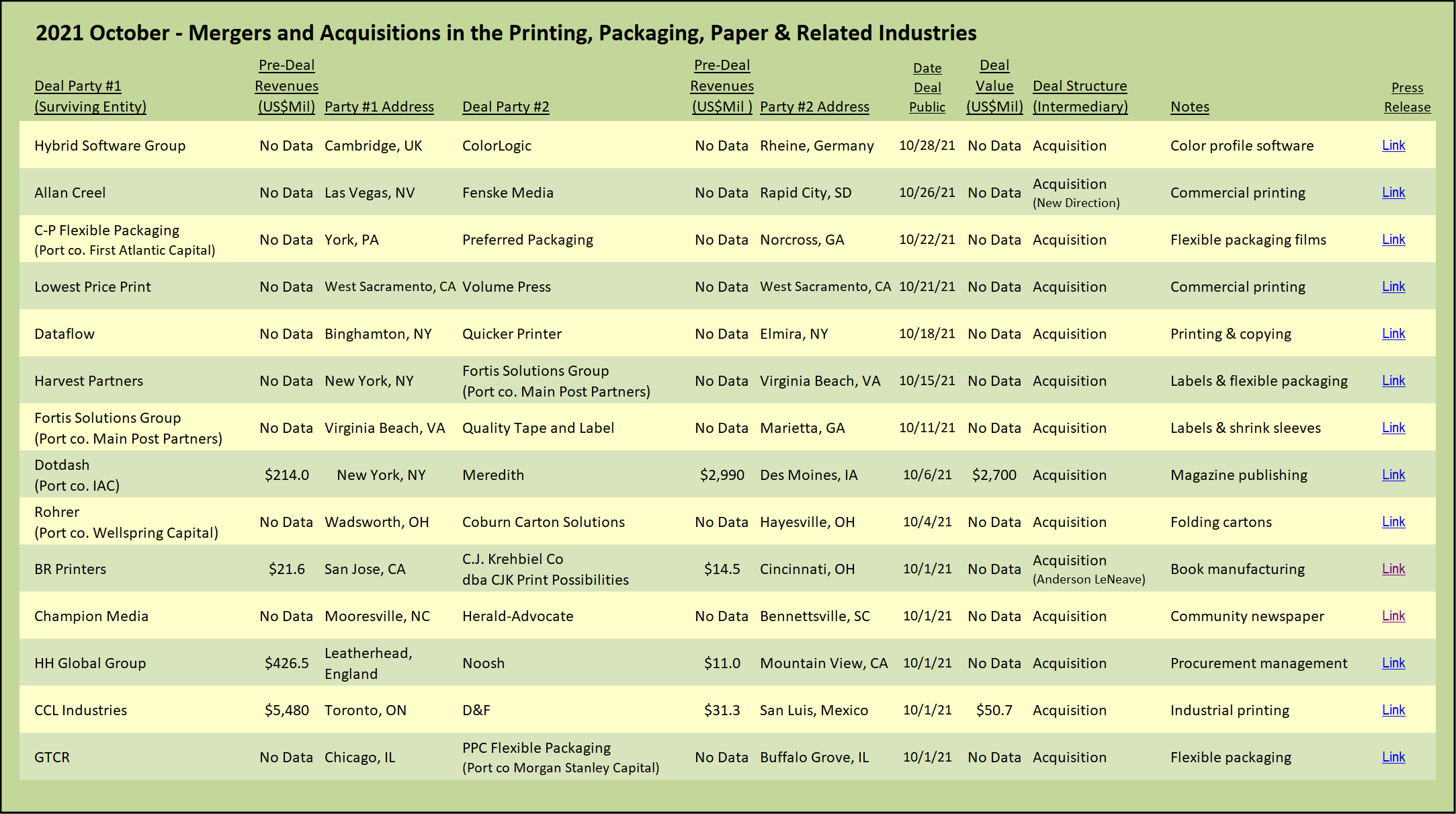 Mark,
This is a really fun article. I was an early user of NOOSH and even spoke on their behalf at a conference. That sure was a long time ago!!