Tomcsányi Péter, CEO and Founder of Prime Rate, a printing firm located in Hungary, started his journey as a book author looking for a publisher and ultimately ended up starting his own printing company. In this article, sponsored by HP, Péter has been expanding Prime Rate’s digital capabilities by installing HP PageWide Web Presses and converting his entire digital color operation to an HP platform.

“When I was a child, I wanted to be a professional chess player,” says Tomcsányi Péter, CEO and Founder of Prime Rate, a printing firm located in Hungary. “My parents said OK, but that I needed to go to university first. I studied economics, marketing, and other subjects and when I was about 21 or 22 years old and at university, it was clear that I would not be the next chess world champion. I still loved the game, and I wrote a chess book for professional players entitled The Ponziani Opening that I wanted to publish. But I had a very difficult time finding a publisher.” 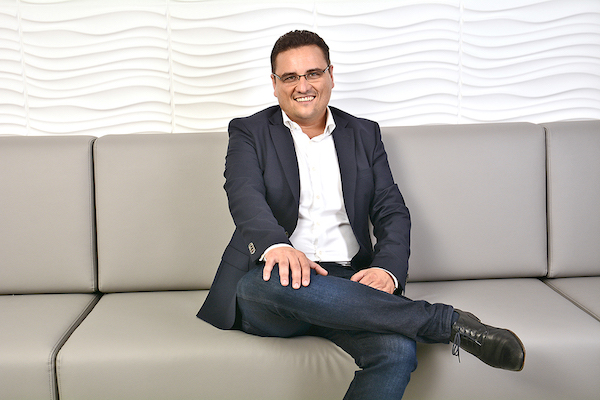 Péter reports that some publishers wanted him to rewrite the book, which he didn’t want to do, and finally, he found a publisher that said it would distribute the book if he printed 1,000 copies. That led to another journey to find an affordable printer. “After six months, I finally found a printer that was 40% less in cost than everyone else,” he says. “I asked for advice from the publisher, and they told me this was not possible, that the quality would not be good enough.”

He went ahead anyway, and the quality was good enough. “I’m not a printer by trade,” he says. “But that experience is what got me interested because I saw an unfulfilled need. I proposed to the publisher that we team up with this more affordable printer, with me in the middle as a broker, and that’s how I got started in the business.”

Péter pursued this brokering business successfully for five years or so. “In that time,” he says, “I had a lot of offset work, but I also had customers that needed short run. I saw a business opportunity and purchased over time four production black-and-white digital presses that I placed at a partner commercial printer. As I said, I am not a printer, and I needed his expertise. He produced work on those presses exclusively for me, and I acted as broker.”

Péter is a true entrepreneur, and that, of course, wasn’t going to be the end of it! Ultimately in 2003, he acquired a digital printing company and created a new venture and started a digital factory in Budapest, and he acquired an offset printing company in 2012, retaining the offset plant about 25 km outside of Budapest. He also started adding dry toner full color presses as well. 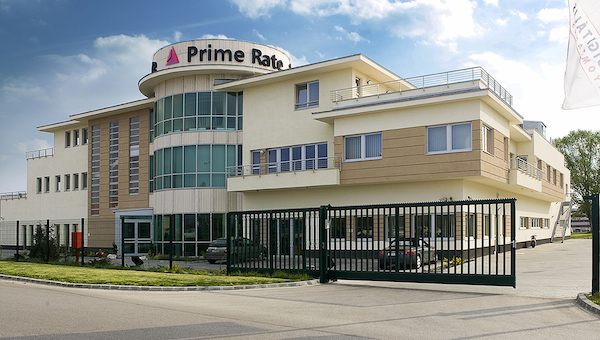 “Around 2011,” he says, “I was looking for a higher quality digital color printing solution and ended up acquiring two HP Indigo presses. I was so pleased with the quality and the support I received from HP, that I have now converted my digital color operation to a completely HP platform.”

The latest addition to his family of production digital presses is an HP PageWide Web Press T240 HD, installed in the late summer of 2020. “We originally targeted a May installation date,” he says, “but the pandemic slowed down the process, and we really had to scramble since by the time it was installed, we were already approaching our peak season.” 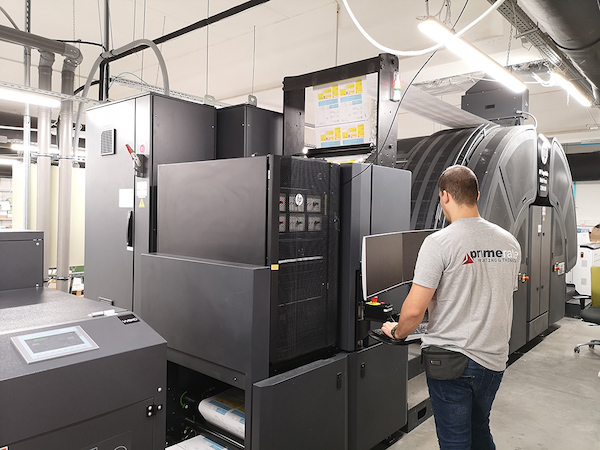 Prime Rate produces a wide range of printed and digital products, including direct marketing campaigns, short-run books, product manuals and marketing collateral. “We still see a place for offset for some time,” Péter says. “But digital is clearly the future. Our HP PageWide Web Press T240 HD was a big investment driven by a gap I saw in the market. Sheetfed digital could cost-effectively produce runs of 1 to 500 units, but offset doesn’t become competitive until about 2,000 units. That’s the gap I was initially filling with the PageWide 240 HD, and in practice, we have found that the press offered an even wider scope, both in terms of volumes we could run and the types of applications it allowed us to produce. I also liked the fact that as new developments come out from HP, we can upgrade our press without having to purchase another one. This is a clear competitive advantage for HP and for my business. In fact, we are looking forward to upgrading our T240 HD to a T250 HD in the near future.”

Péter also wanted to provide more efficient value add to his customers, transitioning from offset shells with variable-data overprint in black. “Today we start with a roll of white paper on the T240 HD,” he says, “and print all of it in one pass. This is not only more cost effective for our customers, but it saves a huge amount of time, and it allows us to use color even with the variable data.”

In making this investment, Péter’s biggest concern, once he determined that the T240 HD could deliver the quality he needed, was support resources. “HP works through a distributor here in Hungary, 3 Print,” he explains. “I needed to feel comfortable that they would be able to provide the support we needed, at least on a first level, with a connection to HP for higher level support requirements. They have been able to more than meet those expectations!”

Péter has found many ways to augment even his longer-run requirements with digital printing. One example is a well-known manufacturer of televisions. “We print the manuals, kit them with the remote control, battery, etc., and deliver them four to five times per day for just-in-time manufacturing,” he explains. “The print volumes are typically very high, but each year when new models are introduced, there is a period of time where volumes are lower while sales ramp up, and we can easily meet that need with our T240 HD. But the biggest advantage for us was eliminating the need for producing and overprinting offset shells for our variable data work.” 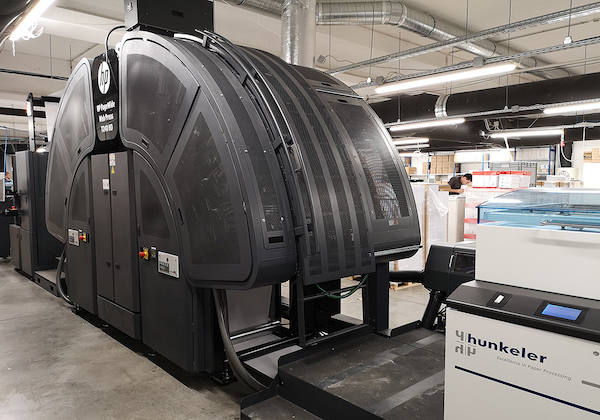 Looking toward the future, Péter sees three primary opportunities for growth that his experience in digital printing will help him develop. First, he is looking to acquire majority stake in a packaging company so he doesn’t have to spend three, four, five years learning the packaging business. “It’s a growth market,” he says, “but we don’t have time to learn it from the ground up, so an acquisition makes sense.”

Second, he is in the process of implementing a web-to-print capability designed to serve small to mid-sized companies who don’t want or need the minimum order quantities traditional printers require. “We partnered with an agency to develop a wide range of templates for a variety of marketing applications that will allow customers to quickly and easily develop materials we can print on demand for them in smaller quantities.”

And finally, Péter wants to expand his hardcover book printing operation. “Digital also plays an important role here,” he says. “Our focus, again, is short-run, value-added. We are seeking the necessary finishing elements to be able to produce these digitally.”

Péter is also always looking for companies he can buy. “Here in Hungary, like many other places, the behavior of customers and the technology is changing rapidly. Unfortunately, many of the traditional printers are not changing with it, and they are struggling. They survive year to year, but they don’t grow revenues or profit. And then along comes the pandemic. While they have had some relief because the government put in place policies wherein they don’t have to pay their bank credit, ultimately that will go away and they will be in even more trouble. My idea is to acquire the customer list and some of the talent of these companies as tuck-ins to my business. In addition, many of them do not have any succession plans in place; their children are not interested in the business, and that’s a problem for them as well.”

“We actually had our best year ever in 2020,” Péter concludes, “and I attribute that to our focus on digital printing and value-added services, our partnership with HP, and the fact that because I am not a printer, I have come at the business with a different mindset. We’ll focus on our three key priorities, find a few companies we can acquire, and I believe we will be exceptionally well positioned for the future.”