3D Printing: A Digital Disruption for the Manufacturing Industry

The digital disruption that has already permanently changed a number of vertical markets is now poised to upend the manufacturing industry. This article explores how the benefits of 3D printing are expected to fuel a great many changes in the manufacturing world.

We’ve already seen a momentous amount of digital disruption in a variety of industry verticals, including retail, media, and financial services. These changes were only accelerated by COVID-19 and show no signs of slowing even after the pandemic subsides. The digital disruption that has already permanently changed a number of markets is now poised to upend the manufacturing industry. 3D printing will fuel a great many changes in the manufacturing world, and this transformation is decades in the making.

This might be hard to believe, but 3D printing is a technology category that first appeared on the scene nearly 40 years ago. It was back in 1983 when Chuck Hull (founder of 3D Systems) created the first-ever 3D printed part, and he filed a patent for his Stereolithography Apparatus (SLA) a year later. After nearly four decades, 3D printing has moved far beyond product prototyping for Research & Development initiatives. Today, the technology is used for a variety of real-world applications to produce end-use parts at scale.

3D printing within the manufacturing industry, also called additive manufacturing, will soon affect many of the products we use every day. Recent examples of additive manufacturing span across a wide variety of industries and applications, including polymer-based parts used in consumer apparel, titanium surgical implants, metal parts in jet engines (see image below), and Boeing wing hinges. 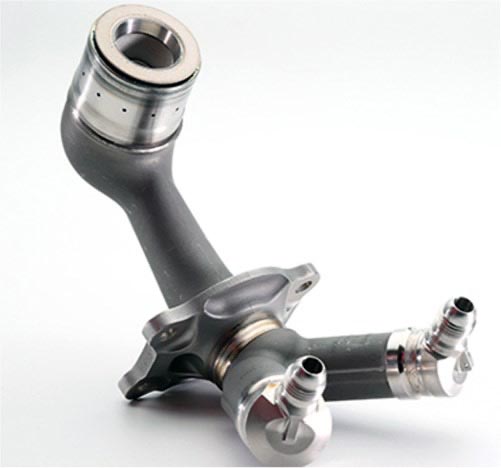 So what has changed since Chuck Hull invented Stereolithography for rapid prototyping? First, in keeping with Moore’s Law, costs have plummeted even as hardware and software capabilities have advanced exponentially. Second, continuous innovations in materials science enable manufacturers to print new polymer- and metal-based end-use components at scale while meeting/exceeding the highest quality standards.

In addition to these technological advancements, though, manufacturers are realizing that additive manufacturing offers the following key benefits: 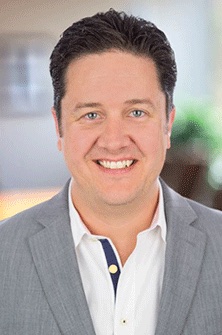 There is no doubt that additive manufacturing is already reshaping (pun intended!) the way that physical products are made today. Despite this, there are still people who think that 3D printing is little more than a niche technology in search of a problem to solve. Hopefully, the short list of benefits and examples in this piece will convince the doubters to rethink their conclusions and maybe explore some adjacent possibilities. In the meantime, this exciting space will likely witness additional innovations as we move toward the future.

Carl Doty is a recognized thought leader with more than 20 years of experience helping businesses leverage technology to drive growth. Prior to joining Keypoint Intelligence, Carl was Vice President & Group Director at Forrester where he co-founded the customer intelligence practice and led the global marketing & advertising technology research teams. Carl began his career in health IT at Tufts Health Plan and has held various roles at a marketing agency and multiple startups. He studied Civil Engineering at Tulane University, and holds a Bachelor’s Degree in Engineering Management from the University of Vermont.

It would have been nice to hear the contributions AI has to this field of engineering. Designing lighter and stronger parts using organic structures that were previously impossible to manufacture.

Wade - I'm in full agreement. In a past life, I've written about how AI-enabled generative design software helps engineers accomplish precisely what you describe. In fact, in the second bullet above when I said "3D printing enables the manufacture of parts that were previously impossible to make...", that's exactly what I had in mind but didn't explicitly mention the software because I was trying to keep the scope of this article contained. I do appreciate your comment. I hope to explore this topic in depth in a future piece.