Mass customization avoids many pitfalls of typical VDP projects because it doesn’t require the development of elaborate cross-sections of personal user data. In this article, sponsored by HP and written by HP Indigo's “Workflow Chef” Gershon Alon, learn how creating such campaigns is relatively worry-free and less complex, yet can be a very effective way of giving each individual the feeling of being unique.

Mass customization avoids many pitfalls of typical VDP projects because it doesn’t require the development of elaborate cross-sections of personal user data. Creating such campaigns is relatively worry-free and less complex, yet it can be a very effective way of giving each individual the feeling of being unique.

So, what’s the difference between mass customization and personalization using Variable Data Print? VDP is a digital printing technique that changes certain elements, such as text, numbers, barcodes, graphics, images, and so on, for each recipient instead of just creating a single message that is delivered to your entire list of customers.

The simplest form of VDP is based on text, like the name and address on a static design. This is a fairly common method, but as personalization goes, it is not very effective. A more sophisticated method is to change the text, colors, graphics, and images based on your targeted group demographics, or even on the characteristics of the specific person who will receive the document. Marketing-wise, this method is far more effective, yet it is a lot more complex. You need to have a database with the personal characteristics of your recipients. You need to maintain the data—which might be an issue in a world where privacy is important. Lastly, it is relatively easy to make mistakes, and you not only fail to achieve the marketing impact, you create a negative one instead. For example, promoting a product to an individual who has already purchased it can be a real turn-off.

Mass customization using visual elements is a VDP method that avoids the pitfalls yet is very effective. Apart from not needing a huge database of user preferences and data, creating such innovative campaigns is relatively simple and does not require purchasing complex software or massive hardware. Of course, this is not exactly “personalization” as you are not targeting individuals, but it is a creative way of giving each individual the feeling of uniqueness as if they were the only person in the universe receiving this design. 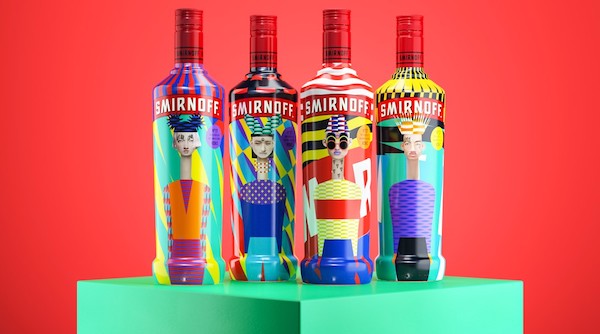 For example, the purpose of Ferrero’s “Personalized Nutella” campaign was to create a more personal relationship with customers and inspire shared moments of happiness. In one move, Nutella converted hundreds of thousands of consumers into Nutella Brand Ambassadors.

In another engaging campaign, a local beer brewery in Amsterdam, called Dutch IPA, wanted to tell the India Pale Ale beer (IPA) story and the legend about the pirates who sailed around world. They sailed the world drinking beer because it was a beverage that would not spoil over long periods of time. During those trips, they searched for new flavors that would enrich their beer. The brewery created an HP Mosaic campaign with images of Captain IPA in various forms in different locations and with various fruits. 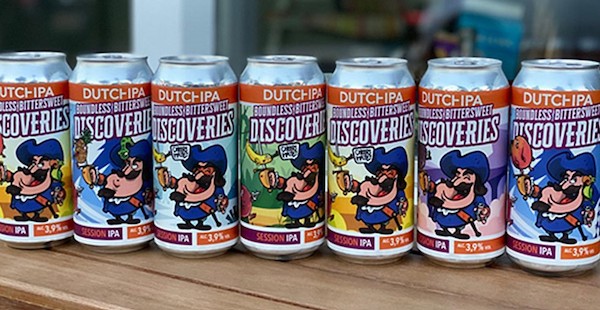 Where Are We Heading?

Mass customization is gaining momentum, and we see more and more brands like Dulwich Gin and Del Puerto beer using it to create unique experiences and engagement with their customers. Nowadays, there is a trend to use VDP to create identities for products so they will be unique from the first day they are introduced on the shelves.

With more campaigns popping up everyday, there is a race for more creative and edgy mass customization designs. We are currently working on the next phase of mass customization that will drive these trends even further. This is the exciting part—digital printing has no limits, and with the power of VDP, even the sky is not the limit.

The Workflow Chef is a column led by Gershon Alon, Head of PrintOS at HP, and a workflow expert and industry speaker. Gershon has been at the forefront of print automation and workflow for over two decades. He’s had roles at Scitex, Creo, and Kodak and since joining HP Indigo in 2010, he has led its workflow and solutions team and managed the ongoing growth of HP PrintOS. Feedback or questions may be sent to [email protected]