Researchers from the University of Surrey have designed a new method that enables common laboratory scanning electron microscopes to see graphene growing over a microchip surface in real time.

This discovery could create a way to control the growth of graphene in production factories and lead to the reliable production of graphene layers. The new technique not only produces graphene sheets reliably but also allows to use catalysts that reduce growth times from several hours to only a few minutes.

Not even a peck?! https://t.co/u0bNDJzTcZ

Movie historians may recall Smell-O-Vision, attempts over the years (starting as long ago as 1868 in the Alhambra Theatre of Variety in London) to make plays and movies olfactorily interactive by triggering scents to be dispersed at strategic points in the production.

At any rate, the personalized, customizable platform of Virtual Reality (VR) might finally be the right niche for a true Smell-O-Vision, which might be coming soon to a VR headset near you!

The startup OVR Technology is incorporating smell into virtual reality and using it in a new program designed to allow people to experience the effects of climate change.

Every Instagram ad is like “after 5 painstaking years of design. 10 years of research. We did it. We made a coffee machine that costs 400 dollars.”

Tired of identifying motorcycles, parking meters, or stairs in order to complete a login? Well, via Boing Boing, why not a Doom-themed captcha? 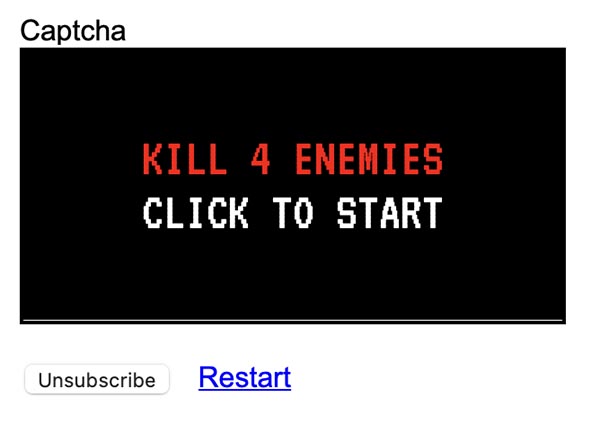 We note the disclaimer: “Don't take this too seriously, this is a little project for fun, if do you know how to code it's pretty easy to break the security of this.”

me: I need a sporty SUV

me: now if only someone could also grind my pepper

peugeot: you're not gonna believe this pic.twitter.com/UI7KUPdx4X

Of Werewolves and Men

Are you a fan of author John Steinbeck? Actually, we’re not either, although we might have made it through Grapes of Wrath in high school a lot mor easily if we had known that Steinbeck had also written a novel about a werewolf. Alas, it has never been published and if Steinbeck’s estate has anything to say about it (and they do), it never will be. From the NY Times:

Nine years before John Steinbeck published his Pulitzer Prize-winning historical masterpiece, “The Grapes of Wrath,” he was working on a lighthearted detective novel featuring a werewolf.

The manuscript, “Murder at Full Moon,” was completed in 1930 but was never published. A single copy has been sitting, mostly forgotten, in an archive in Texas since 1969. It includes drawings by Steinbeck himself.

Although Steinbeck wrote it under a pseudonym (Peter Pym), he didn’t destroy the manuscript once he had made it with the classics he is known for, which he had done with other unpublished manuscripts. Still, his agents and estate are acceding to what they believe are his wishes.

“Steinbeck wrote ‘Murder at Full Moon’ under a pseudonym, and once he became an established author, he did not choose to seek publication of this work,” a representative of the New York-based agency, McIntosh & Otis, wrote. “There are several other works written by Steinbeck that have been posthumously published, with his directions and the careful consideration of the Estate. As longtime agents for Steinbeck and the Estate, we do not exploit works that the author did not wish to be published.”

The shortest academic paper is called ‘The unsuccessful self-treatment of a case of “writer's block”’. It contains no words.

Taking a cue from Apple and Microsoft (and even Amazon), Google is opening its own physical store in New York City. Says The Verge:

The new store will be located in Chelsea, as part of Google’s campus in that neighborhood (the company’s New York headquarters are already located there). The Google Store will display and sell a variety of Google products: Pixel phones, Nest smart home devices, Fitbit trackers, Pixelbooks, and more. Customers will also be able to order products through Google’s online stores and pick them up in person at the physical Google Store location.

Down at the Heels

For those who wear high heels, this might be good news—or it could be potentially hazardous. From Core77:

Italian inventor Veronica Crisafulli has created a workable pair of telescoping high heels. You can quickly change their height to 5cm, 6cm or 7cm, and "this flexibility allows women to embrace fashion and function in a single shoe," Crisafulli's company, Trilly, writes. "No extra shoes or removable heels to carry around."

Click a release button, and the heel height can be adjusted. The next step, we would think, would be to motorize them so they can be adjusted by remote control while they’re being worn. You’ve heard of elevator shoes? These would be more like escalator shoes.

At any rate, they have been successfully crowdfunded on Kickstarter (for $110).

Every time I hear the list of places that might or might not have extra local Covid restrictions I can’t help adding ‘Dublin, Dundee, Humberside’ in my head.

Are you eager to venture out into the world, but don’t think anyone will recognize you off Zoom? Well, French fashion company LEJE has created a pair of “optical illusion jeans” that, via Laughing Squid, “are strategically cut and stitched in such a way that the fabric of the clothing moves independently of the clothing itself. The overall effect is reminiscent of glitchy video.” 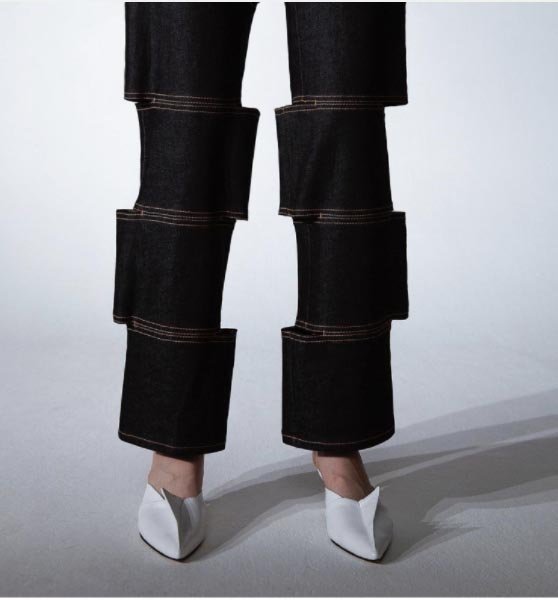 All you have to do is occasionally freeze or start soundlessly mouthing the words of what you’re saying and no one will know you’re not on Zoom.

Surgeon Totally Blanks On What He Cut Open Patient For https://t.co/9ybxsnGCpo pic.twitter.com/rK3t33YlW2

The Cheese Wished It Stood Alone

Here’s a popular story from last week that we found amusing yet creepy (like most of the stories we highlight in Around the Web). From The Verge, the headline caught our attention immediately: “This picture of cheese helped send a man to prison for 13 years.” 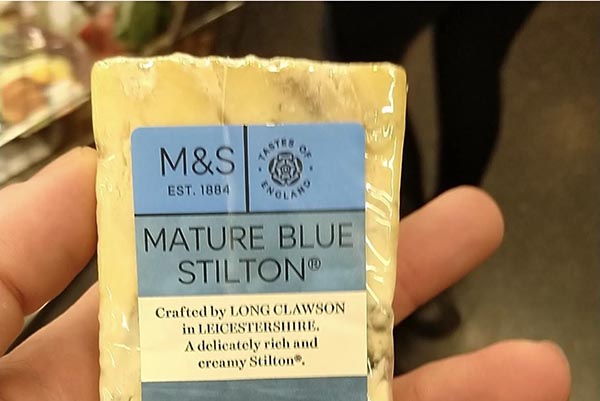 [UK’s Merseyside Police] successfully identified drug dealer Carl Stewart (39, of Gem Street, Liverpool) and convicted him of conspiracy to supply cocaine, heroin, MDMA, and ketamine with the help of a simple photo of a wedge of stilton.

Stewart seems to have made two errors in sharing his cheesy photo. The first is that the photo contained a clear image of his fingerprints and palm, which Merseyside Police were able to analyze and use to identify him. Stewart isn’t the first criminal to have been convicted thanks to fingerprints identified from a photo, but it’s yet another reminder that your fingerprints are far from the top-secret identifiers we often consider them to be.

Second is that he shared the photo on EncroChat, the supposedly encrypted phone system that was compromised by authorities last March, leaving its security with more holes than swiss cheese.

Could say he didn’t know jack about EncroChat.

Breaking Badly, same as Breaking Bad, but he teaches English instead of chemistry.

Throw in the Towel

May 25 was Towel Day, the annual celebration of the work of Douglas Adams. It was especially significant in that 2021 marks the 42nd anniversary of the publication of The Hitchhiker’s Guide to the Galaxy, “42” of course being the answer to the ultimate question of life, the universe and everything. Via Gizmodo, Del Rey has published a new anniversary edition, with all-new illustrations by Chris Riddell.

I Second That Emoji

The lobster emoji and the NY Mets logo are the exact same thing don’t argue with me pic.twitter.com/dzhJm65Y71

1683: The Ashmolean Museum in Oxford, England, opens as the world’s first university museum.

1830: “Mary Had a Little Lamb” by Sarah Josepha Hale is published.

1844: Samuel Morse sends the message “What hath God wrought” (a biblical quotation, Numbers 23:23) from a committee room in the United States Capitol to his assistant, Alfred Vail, in Baltimore, Md,, to inaugurate a commercial telegraph line between Baltimore and Washington D.C.

"There’s a birthday in the news, Bob Dylan is celebrating his 80th. Can you believe that? But Bob’s still pushing the envelope, word on the street is his wheelchair just went electric." pic.twitter.com/2zIY8gZoqd

1956: The first Eurovision Song Contest is held in Lugano, Switzerland.

1977: Star Wars is released in theaters.