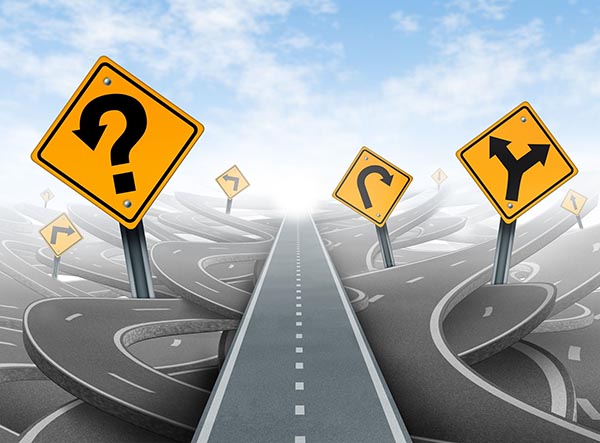 Serial buyers are back in the market for print-centric company assets, each executing on their own unique and established long-term strategic direction. While some of the transactions in July appear or are clearly opportunistic, these companies are not veering wildly off course from their pre-COVID-19 track.

CJK Group, a Minnesota-based company consolidating companies in the book manufacturing industry, acquired the equipment and customers of Quad’s mammoth book printing and binding facility in Versailles, Ky. The 1,000,000 square-foot facility produces softcover and hardcover books, as well as publications. CJK is rebranding the plant as Sheridan Kentucky, a division of the Sheridan companies that CJK acquired in 2017 from private equity firm Jefferies Capital Partners (see The Target Report: Legacy Printing Companies Fade Into History – April 2017).

The sale of the Kentucky plant represents a major step forward for Quad in its journey to exit the book manufacturing business, an element of its “3.0 Transformation strategy.” The roadmap calls for Quad, organically and through M&A strategies, to change itself into a marketing solutions partner, presumably bridging the gap between the big creative advertising agencies and companies that just print (see The Target Report: Turning a Big Ship – Quad/Graphics Acquires Ivie – February 2018). According to the company’s website, Quad is well on its way; non-print “integrated solutions” accounted for 21% of 2019 net sales. Apparently, customers that buy books do not utilize the other elements of Quad’s total suite of offerings and therefore book manufacturing does not fit the company’s long-term strategic vision. In addition to the sale of the Kentucky plant to CJK, Quad has announced that its West Virginia and Pennsylvania book manufacturing operations are also for sale.

Quad’s major competitor, LSC Communications, was following a similar strategy, bolting on marketing automation and technology offerings onto its core business of printing magazines, catalogs and books (see The Target Report: If you Can’t Beat ’em, Join ’em – July 2018). However, for LSC, the strategy missed the mark and the company eventually sought to sell itself and announced in October 2018 that it had accepted an offer from Quad. When that deal failed to pass muster with the US Department of Justice (the industry is still scratching their head over that decision), LSC had no choice but to file for Chapter 11 bankruptcy this past April. In the meantime, LSC began shutting down its magazine and catalog printing plants, closing three in January and one more in April this year.

All of which brings us back to the CJK Group, a company that has focused primarily on acquiring print assets in book production and knows when to move forward on its strategy . CJK has in a few short years grown by acquisition into a major book manufacturing company (see The Target Report: CJK Group Opens Next Chapter with Loan-to-Own Strategy – March 2019). Meanwhile, CJK’s main competition in books is adrift or pulling out. While Quad exits book manufacturing, LSC has the challenge of too much debt and may be broken into pieces in the pending sale process under the supervision of the US Bankruptcy Court. It appears that the contest for supremacy in book manufacturing will be between LSC Communications’ book division (however it emerges from bankruptcy) and the CJK Group which continues straight ahead on its track to become a major US book manufacturer.

Mittera Group has announced the acquisition of certain assets of Minneapolis-based Ambassador Press. The acquired business brings customers and expertise to Mittera in point-of-purchase and retail display services. Ambassador utilized wide format digital printers as well as large format offset presses. The production services of Ambassador will be tucked-in to Mittera’s Chicago and Iowa locations. Presumably some of the work will end up in the former location of Fuse, a failed mini roll-up of three commercial printing companies that was acquired by Mittera in November 2019.

Mittera is arguably the only company actively rolling up commercial printing companies on a national basis and is great example of a serial acquirer with a clear strategic vision, closing transactions on an almost clock-like schedule. Beginning from its origins as the Iowa-based, family-owned Rock Communications, its first acquisition was the purchase of ColorFX in 2007, followed up by acquisitions of some of the industries’ leading companies (see The Target Report: Consolidation in Commercial Printing Rolls On – December 2018). If past is prologue, we won’t be surprised to see Mittera stay on track with its clearly defined and disciplined roll-up strategy regardless of, and possibly accelerated by, the current downward economic cycle.

Innerworkings is being acquired by HH Global. Both companies have for years successfully inserted themselves as intermediaries between many printing companies and their biggest (formerly) loyal corporate customers. By combining the purchasing power of many large clients, and taking advantage of overcapacity in the printing industry, these print management companies have driven many printers to accept unsustainable price reductions. Inevitably, some printing companies chase the volume offered by the print management company with the predictable result that a printer’s “key account” either becomes a loser or goes elsewhere. The impact on many family-run printing companies has been devastating.

Despite growing to over a billion dollars in annual revenue since 2014, Innerworkings has not reported a profit since 2017, EBITDA was a dismal 3.3.% in 2019, and the company has struggled with accounting irregularities, delayed SEC filings and restatement of previously filed financial statements. HH Global has offered $3.00 per share for the company, above the recent market price, but significantly less than Innerworkings’ high over time and approximately half the value as recently as December 2019. In effect, HH Global is acquiring a $1.1 billion book of business for $177 million and assuming Innerworkings’ leading position in the North American market for marketing execution and print management services.

From the perspective of the commercial printing company owner, HH Global will not likely be any more welcome than Innerworkings when the call comes that the printer’s best customer has engaged HH Global as their print management company. The printer soon learns that the customer’s print buyer has been “rebadged” (i.e. the buyer now works for the print management company instead of the customer) and is now charged with an unreasonably aggressive goal to drive costs out of the print supply chain. I suspect that not many tears will be shed in the printing community for the demise of Innerworkings.

Chatham Asset Management, a New Jersey-based hedge fund, has acquired McClatchy, the publisher of over 30 newspapers, including major metro papers The Sacramento Bee (the original McClatchy paper, dating back to 1857), The Kansas City Star, and the Miami Herald, among others. McClatchy filed for bankruptcy in February, struggling to survive the downturn in advertising revenues, unable to meet pension obligations, and burdened with a massive debt hangover from its ill-timed $4.5 billion purchase in 2006 of its bigger competitor Knight Ridder. Chatham emerged as the victor in the company’s 363 sale in bankruptcy, using its position as McClatchy’ secured biggest creditor to credit bid $263 million of its debt plus $49 million in new money.

Chatham is no stranger to the suffering newspaper industry. In 2016, Chatham acquired two-thirds ownership of Postmedia, Canada’s largest newspaper chain, in an out-of-court loan-to-own strategy, trading debt for a majority ownership stake. Chatham also controls American Media, publisher of sensationalist tabloid titles including most famously the National Enquirer. Chatham joins Alden Global Capital and Fortress Investment Group as major players in the transition of US newspapers to ownership by financial institutions. The McClatchy family, no longer involved, ran the papers in the tradition of civically-minded family stewardship and journalistic excellence that dates back to the 1800s.

The impact of the virus on M&A activity has not been as dramatic as might be expected, at least not yet. Bankruptcies in the industry are few, while plant closures continue at a steady, but not greatly accelerated, pace. Unfortunately, we expect that will change as the PPP loans are exhausted and print volumes stay depressed. For some companies, especially those that operate in the undifferentiated commercial print segment, the recovery cannot come soon enough.

We found no new Chapter 11 bankruptcy filings in the printing, packaging, and related industries and only two Chapter 7 liquidations, one a small screen printing company in New Mexico and the other an involuntary bankruptcy involving the Ebony and Jet publishing brands. This is the second time these brands are in Bankruptcy Court, having been sold to private equity investors in the original Chapter 7 bankruptcy of Johnson Publishing, filed in April of 2019.

Ebony, founded in 1945 by John Johnson, and a beacon of black entrepreneurship in America and at one time a prominent Chicago business with an iconic headquarters building on Michigan Avenue, ceased publication of its print editions with its Spring 2019 issue. The website went offline this March. Ebony’s sister publication, Jet, the pocket-sized weekly magazine,  ceased print publication back in 2014. Ebony and Jet at one time were highly influential in changing cultural attitudes in the US. In a different time and place, the instant sharing of video via social media did not exist, and print held center stage to bring news to the public’s attention. Jetfamously published the photo of 14-year-old Emmett Till lying in his casket with his mother looking on after he was killed in 1955 in Mississippi. The photo was the 1950s equivalent of the George Floyd video and was the spark that lit up the civil rights movement. That photo, along with the magazine’s entire archive, was sold to a group of philanthropic organizations in the first bankruptcy proceedings and is not included in this latest spat over the remains of Ebony and Jet.

Non-bankruptcy closures continued apace. The assets of direct mail company Pacific Marketing in Milwaukie, Ore., are being auctioned off due to a complete plant closure, as are the assets of Rickard Bindery in Chicago, and the screen printing equipment of retail display printing company Mark-It Graphics in Osceola, Wis.

RR Donnelley announced the closing of The Hennegan Company printing plant, one of the formerly independent printing companies that RRD acquired when it bought Consolidated Graphics (CGX) in 2014. Located in the greater Cincinnati area, Hennegan was a plum acquisition for CGX which was rolling up the commercial printing industry with over 70 acquisitions in a strategy that maintained the independence and separate local brand identity of the acquired companies. Many of those locations have now closed. The 210,000  square foot Hennegan sheetfed and web printing facility now joins others in the CGX graveyard.

At one time, Hennegan was considered the pinnacle of quality and service in the commercial printing world. I started my post-college career in 1980 in the industry selling high-quality printing for Compton Press, a long-defunct family-owned printing company in Morristown, N.J. We prided ourselves on working hard to produce a high-quality product for accounts; mine included IBM, Merck, James River Paper and some very demanding graphic design firms. We faced tough competition, often up against the LP Thebault Company (parts of which are incorporated into the aforementioned Mittera) which was always seemingly a step ahead of Compton in customer’s minds. But when the most demanding and famous New York graphic design boutique firms wanted the best of the best, there was no competing with the reputation and craftsmanship of the renowned Cincinnati printer, The Hennegan Company.