All 201 episodes of The Office have been recreated in Slack. “The Five Stages of Zoom.” The most detailed online photo of Rembrandt’s Night Watch. New videogame lets you power wash a house. Scrabble fans do not like the new Scrabble Go app. Generate random UK government COVID signage. Generate your own Penguin Classic book cover. A self-censoring typeface for sweary writers. The Plymouth “Paint Chip Barracuda.” The thriving doomsday bunker market. Happy birthday, Ottmar Mergenthaler. All that and more in WhatTheyThink’s weekly sheltering in place miscellany.

Are you a fan of The Office? Slack? Well, OK, one out of two ain’t bad... Anyway, for some reason, every episode of The Office has been recreated in Slack. Says The Verge:

Viewers will join a live Slack, where different channels are dedicated to various departments, including accounting, warehouse, and a general office room. Viewers are requested to avoid posting in the “company” channels, but are encouraged to pop in and out of channels to keep up with the episodes as they don’t all play in one. Since it is a live Slack, inappropriate messages and images do pop up, but the MSCHF team has a number of moderators working to keep it as troll-free as possible

Riffing on the “five stages of grief,” San Francisco-based writer, photographer, and investor offers “The Five Stages of Zoom.” The final two:

It's Time to Light the Lights

Finally understood what zoom meetings remind me of. pic.twitter.com/Quca3up2mc

Speaking of zoom—no, not the video conferencing platform—the Rijksmuseum in Amsterdam is home of one of the great masterpieces of art history: Rembrandt’s The Shooting Company of Frans Banning Cocq and Willem van RuytenburchakaThe Night Watch. 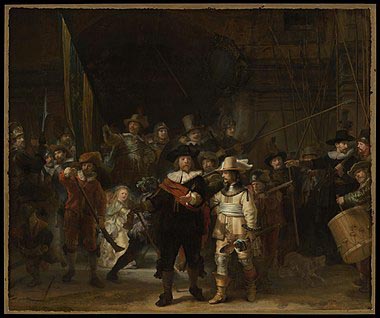 This week, the museum has published “the largest and most detailed ever photograph of The Night Watch on its website, making it possible to zoom in on individual brushstrokes and even particles of pigment in the painting.” 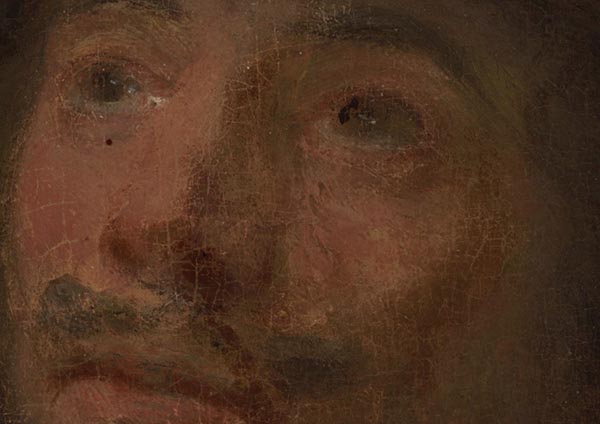 Do you want to play videogames but don’t care for the violence? Here’s one that’s a bit more constructive, but is probably geared more for the obsessive-compulsive among us. We give you: PowerWash Simulator:

The game has you assume the role of a professional with your own power washing business. You’ll need to clean an entire exterior of a home, from the front door to the porch. Even the garage door and its accompanying driveway need a good washing. 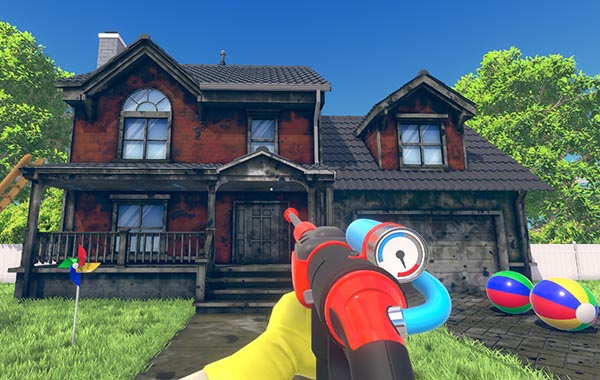 The trolley is barreling down the track towards five grandmothers. You can pull the switch and redirect it so that it kills no one. But you have to wear a mask to buy a toaster oven. What do you do?

Those of us who had a hardscrabble upbringing tend to be traditionalists when it comes to the game Scrabble. Many of us love the original board game, and the mobile app version is pretty good. However, the rights to the mobile app—which had been developed by Electronic Arts (EA)—were recently licensed to Scopely, which is discontinuing the original Scrabble app in favor of a new version it calls Scrabble Go. The reception has been...mixed, although hardcore Scrabble purists have no shortage of four-letter words to spell out. Says the BBC:

It has a four-star rating on the Google Play store, but also hundreds of recent negative comments, with many complaining that the design is too distracting.

A digital petition on the website Change.org calling for EA to keep the original app going has nearly 1,200 signatures.

"I don't want jewels, cartoons, or potential dates. I want to play Scrabble against my friends and family. That's it. Nothing else," wrote one signatory.

"They've turned it into some sparkly Candy Crush abomination," Ian Pym from Fareham, Hampshire, told the BBC. "I defy any adult to play it for longer than 10 minutes and not feel physically sick."

Some popular meme-like phenomena making the rounds of Twitter are UK government COVID slogan sign generators—such as this and this—that produce random text. With the latter, you can enter your own three phrases, or use a random phrase generator in one of three modes. 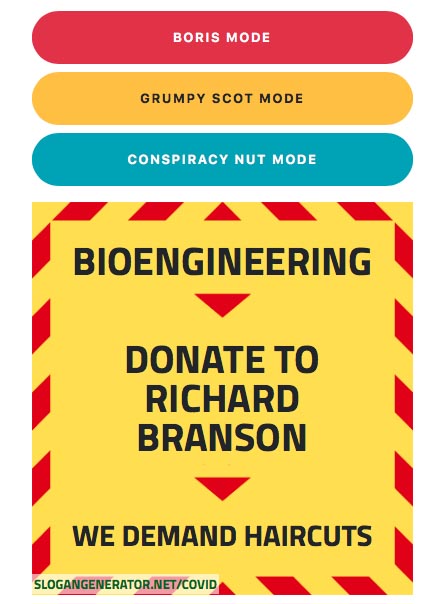 So delighted the Government says I can play golf now. I used to be terrible at it.

There are two things we love: Penguin Classics and automatic image generators. So imagine our delight when we came across a Penguin Classics cover generator. Now any book can join the ranks of the venerable Penguins, staples of college bookstores the world over. Simply upload an iconic cover image, enter the author(s) and title, and voilà! In our own contributor pantheon (oops, wrong imprint), there can be but one possible Penguin: 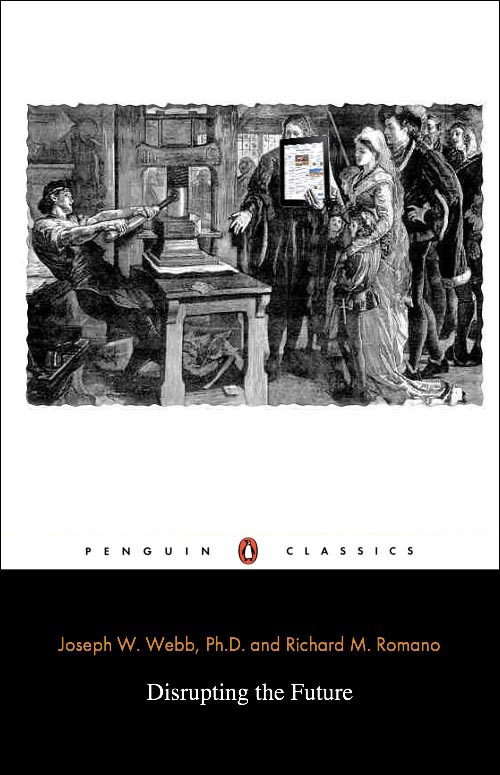 Do you have a hard time expressing yourself in writing without cursing like a sailor? Wish you could censor yourself or perhaps others who may contribute? Well, now with the new Scunthorpe Sans, you can! It is a sans serif typeface that automatically “bleeps” bad language. 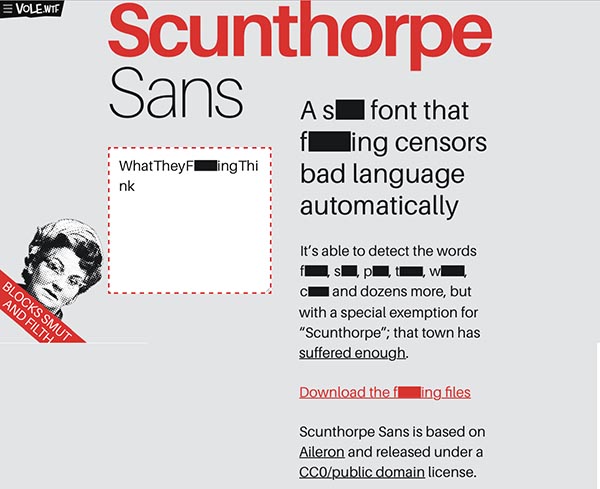 We don’t often (or perhaps ever) link to Road & Track but here in the Around the Web Cultural Accretion Bunker, we came across a story about “Paint Chip Barracuda.”(It’s a car, not a fish.)

Yes, you could get a pedestrian Barracuda with a slant-6 and all of the other things your grandmother might buy, or you could step it up several notches and option your Cuda to frighten the neighbors. A Hemi? Sure, why not. Shaker hood? Of course

We don’t really know what any of that means—we know the word “grandmother” and that’s about it—but the next passage is what caught our attention:

And what color would you like your Cuda to be? We have a whole spectrum to choose from . . . And that is where the Paint Chip Cuda came from. In its brochure for that year, Plymouth showed a 1970 Cuda with a set of stripes, showing each of the colors available. And while the picture of the Paint Chip Cuda was nothing more than an invention of the advertising folks, a young man named Tim Wellborn saw the picture and was fascinated by it.

So, he got his hands on a 1970 Cuda and had it restored to recreate the Cuda in the advertising material.

We wonder if the folks at Pantone know about this. 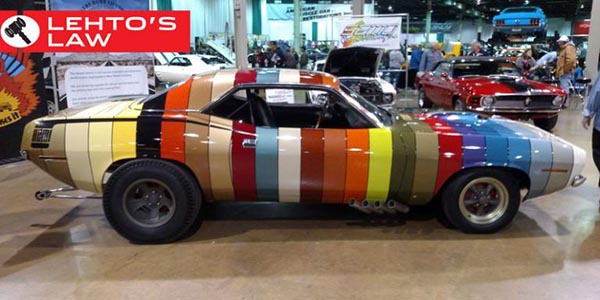 One Toothbrush to Rule Them All

This is why the internet of things was invented https://t.co/LV06QtqBsU

In this rough economy, few things are flourishing, but as it turns out, there is one market that seems to be thriving: the doomsday bunker market.

As COVID-19 brings the real estate market to a standstill, demand for doomsday bunkers is at an all-time high (or low since the structures are underground). The shelters were once signifiers of fringe prepper communities worried about the coming apocalypse. During the pandemic, they’ve become vacation homes. “People thought we were crazy because they never believed anything like this could happen,” says Vicino. “Now they’re seeing it. Everybody is a believer.”

Also good if your party's theme is "things that burst out of chests" https://t.co/drbHMmaHAo

What Happens in Vegas...Gets Dull

This headline at Boing Boing caught our attention: “New rules for Las Vegas casinos promise a grim, joyless experience.” So it’s back to normal, then.

Born on this day Ottmar Mergenthaler aka Linotype's inventor was a true pioneer of our times.

Following are ten things to know about the man who changed the world of printing foreverhttps://t.co/LmIbCVPkky#Linotype #OttmarMergenthaler #Printing #OTD pic.twitter.com/h6rNRAyiv9