Murder hornets and aggressive chickens. Boy, 2020 has it all! An aquarium wants people to FaceTime lonely eels. A long Twitter thread about an 11-year-old’s love of writing letters. You are what you eat, which is also what you wear. All about chintz. Microsoft Word finally stops the insanity of double wordspacing after a period. Why have we lost all sense of time? Are llamas our pandemic heroes? Take virtual tours of some of the world’s most beautiful libraries. All that and more in WhatTheyThink’s weekly social distancing miscellany.

VIDEO: Cast Members From RENT Around the World Create 'No Day But Today' Video in Honor of Frontline Workers

Get Back (Six Feet)

NY Times headline: “‘Murder Hornets’ in the U.S.: The Rush to Stop the Asian Giant Hornet.”

Can we just end this year now, please?

At least it’s not a “Murder Chicken.”

Down at the Eel

It’s good to know there’s at least one species not out to get us—and in fact is forgetting about us humans entirely, which probably isn’t the worst idea in the world. That would be the garden eel, and the Sumida Aquarium in Japan is encouraging people to FaceTime with the eels since, with a lack of visitors, they have started hiding when keepers walk past.

Who’s taking up fencing with me? pic.twitter.com/suuQH5ymmb

Everything may be awful right now, but this long Twitter thread, about one 11-year-old’s love of writing letters, is worth reading in its entirety.

Emerson, my 11 year old, is on a bit of a wild ride with the @USPS and our local mail carrier, Doug.

And, I think there’s a deeper message to it all.

How your clothes end up on your dinner plate and the big plastic soup the planet is becoming.

The world is paying a high price for cheap clothes, says CNN: “The global fashion industry generates a huge amount of waste—one full garbage truck of clothes is burned or sent to a landfill every second, according to the a report by the Ellen MacArthur Foundation, a leading non-profit working to improve the industry's sustainability record.”

Another One for the Gen Xers

The original, when they still used steam-powered boogaloo. https://t.co/i1h59dkyaf

Did you know that the first known use of the word “chintzy” was in a letter written by author George Eliot to her sister? “[I]n 1851, the novelist George Eliot gave her opinion on some muslin fabrics. ‘The quality of the spotted one is best,’ she said, ‘but the effect is chintzy’” said the BBC in a feature all about the fabric known as “chintz.” It actually has a complicated history that dates back a thousand years to India and Pakistan. “Over time, the word ‘chintz’ came to be used to refer to a variety of fabrics. ‘The term was appropriated in [the] English-speaking world in the 18th Century to reference industrially printed cottons.’” Click through for a tale of “armed trade, colonialism, slavery, and the dispossession of native peoples.”

I'm going to watch the #SkywalkerSaga exactly the same way I watched it the first time - spread out over 42 years.

Finally some good news in the world. From The Verge: “Microsoft...has started to update Microsoft Word to highlight two spaces after a period (a full stop for you Brits) as an error, and to offer a correction to one space.”

They have the thanks of a grateful nation.

The Wook of Love

I bet they're chewy. https://t.co/5zbDVcC4vE

If you felt that March lasted 30 years and April lasted 30 seconds, you are not alone. Over at Vox, a chat with a Dr. Adrian Bardon, a professor of philosophy and an expert in “the philosophy of time.” What the heck is going on?

We feel that time is dragging, but it’s also flying by. That comes out of the same situation. We’re out of our routine. We’re out of our structure. We’re out of doing tasks that we would normally feel productive and good about. It’s more like we’re treading water or trying to deal with situations we don’t want to deal with. And then in our retrospective judgment of the passage of time, it seems like things went by really quickly because we didn’t really accomplish anything.

We are living in a 1977 sci fi novel on a sidewalk bargain rack in front of a used bookstore in a depressed coastal town. A faded sticker price reads $0.35 https://t.co/IJ42XRSYEK

The NY Times says: “Scientists have long turned to llamas for antibody research.”

Llamas? Who knew? Well, scientists, apparently. Turns out llamas could be our pandemic heroes.

Winter was simply the lucky llama chosen by researchers in Belgium, where she lives, to participate in a series of virus studies involving both SARS and MERS. Finding that her antibodies staved off those infections, the scientists posited that those same antibodies could also neutralize the new virus that causes Covid-19. They were right, and published their results Tuesday in the journal Cell.

This is why I've given up making predictions. Come on, how many of you saw 'Humanity saved by llamas' as the next development in this story? https://t.co/q8bOmYjzHN

When the federal government told the country to stay home during the coronavirus pandemic, it was inevitable that out-of-home advertising would take it on the chin, as 40% of out-of-home advertisements lost their usual audiences, according to the industry’s trade group.

As the U.S. begins to slowly open back up and consumers crawl away from their self-quarantines, advertisers will respond. And as they do, the billboard may become more valuable than ever.

Apparently it’s #PasswordDay so today’s poem is about passwords.

Percival Everett’s new novel Telephone was published in a unique way: there are three different versions. From the NY Times: “The differences between the editions, which begin with the colophon, include extended or altered scenes and three distinct endings. The cover designs are nearly identical, but if you look closely, you can spot the differences.” 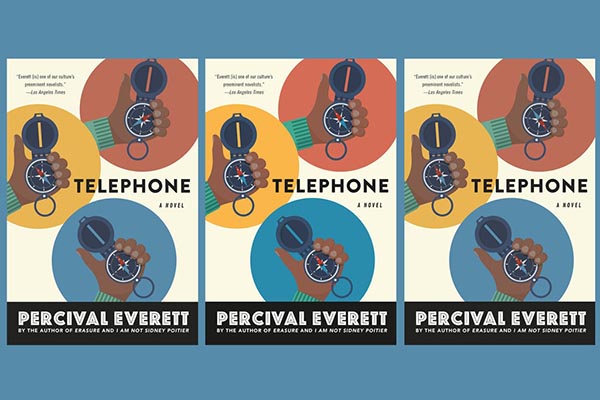 He considers the book an experiment that plays with the idea of who’s in charge when reading. “I’m interested not in the authority of the artist, but the authority of the reader,” he said, enunciating in a deep, slightly gravelly voice. “I certainly know that many people will not see what I saw. And many people will see different things from each other. That’s the thrilling thing about making it. If somebody says, ‘Did you mean this something?’ I always say, ‘Yes.’”

Daniel Radcliffe and other stars are reading chapters of the first Harry Potter book on video with the audio available on Spotify https://t.co/AuujYUBx3x pic.twitter.com/kOjTrL8Mix

And You Don’t Even Have to Shush

Just because you are (hopefully) self-quarantining doesn’t mean you can’t visit some of the world’s most beautiful libraries. Atlas Obscura identifies seven libraries that offer online virtual tours. “These simulations can offer more than inspiring views of literary sanctuaries; often, they serve as interactive platforms that provide information about the library’s history and resources.” Some even allow virtual visitors to access online collections. 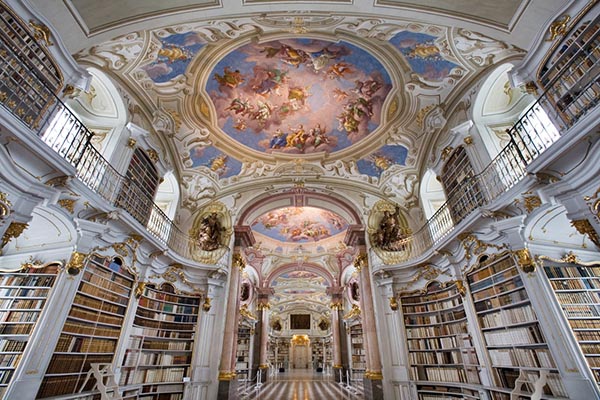 You can even take a virtual tour of the Puratos Sourdough Library. The what? Yes:

Founded in 2013 by the Belgian bakery supply company Puratos, this collection of sourdough starters in St. Vith is the largest of its kind. Although it is not open for public visits, you can virtually venture into its refrigerators, which collectively hold more than 100 blobs of yeast- and bacteria- laden flour in jars. After hearing a brief introduction from its sole curator, Karl De Smedt—who globetrots to acquire these glorious globs—check out short videos that spotlight varieties of yeast cultivated by bakers around the world, from Altamura to San Francisco.

It may even give you some ideas for bread baking, which is apparently a self-quaratining thing.

I’m proud to live in California where the Governor listens to the realities of science and also a large bear whispering in his ear pic.twitter.com/qw7e1j1RxP

Still a wonderful record all these years later..

‘Every day I look at the world from my window..’ pic.twitter.com/IAAziiwpp8

1972: The Don’t Make A Wave Committee, a fledgling environmental organization founded in Canada in 1971, officially changes its name to “Greenpeace Foundation.”

1536: King Henry VIII orders English-language Bibles be placed in every church. In 1539, the Great Bible would be provided for this purpose.

1980: The World Health Organization confirms the eradication of smallpox. (Those were the days.)