Designer Ariel Swedroe designs and sews masks for Miami health care practitioners. Will fashion’s move toward sustainability survive the COVID-19 crisis? A lavish picture book about the chemical elements. Will the Postal Service survive the COVID-19 crisis? Classic album covers redesigned to promote social distancing. “Overly descriptive color palettes.” Is Merino wool an answer to the marine microplastics pollution problem? A “building block waffle maker.” A real-life rom-com for the viral age. Does a USB drive get heavier as you store more files on it? All that and more in WhatTheyThink’s weekly self-quarantined miscellany.

This is the talented Marsh Family.

Here are three minutes and fifty four seconds that will make your day better. Promise.

A COVID-19 lockdown version of Les Mis — with lyrics.

A Time to Sew

Our friend, the 16-year-old fashion designer Ariel Swedroe, is using her design skills to sew masks for the medical community and others. From World Red Eye: “[S]he and her mentor have been sewing non-stop @designlabmia a studio that teaches people how to sew. Her masks are being donated to local hospitals and pharmacies throughout Miami.”

A Time to Build Up

Visits and store purchases are currently at zero because of the closure, so memberships and donations are the sole source of support for the Museum at this difficult time.

For more information and updates, see our website: https://t.co/XHGOx5ISjZ

A Time to Rend

Just-style has a recap and timeline of how COVID-19 has affected the global textile and apparel industry.

Just said to the guy in the supermarket ‘Which ran out first , the chicken or the eggs?”. He gave me… a look.

A Time to Heal?

We’ve been heartened to see global pollution decline during this horrible COVID-19 pandemic, but this article wonders if post-COVID-19, fashion industry investments in sustainability initiatives will continue. “[T]his can be a moment of reevaluation and transition for the industry — and that transition, if handled right, can spell opportunity. Whether or not the industry treats it as such will be determined in corporate offices — or executive-level Zoom meetings — in the weeks and months ahead.”

The first mass-produced bicycle for women was the 'Ladies' Psycho'. pic.twitter.com/DWgwtxMtw8

Looking for a fun, yet educational book to while away the hours spent sheltering in place? Why not try Theodore Gray’s The Elements, “the most complete and visually arresting representation available to the naked eye of every atom in the universe. Organized sequentially by atomic number, every element is represented by a big beautiful photograph that most closely represents it in its purest form. Several additional photographs show each element in slightly altered forms or as used in various practical ways. Also included are fascinating stories of the elements, as well as data on the properties of each, including atomic number, atomic symbol, atomic weight, density, atomic radius, as well as scales for electron filling order, state of matter, and an atomic emission spectrum.” 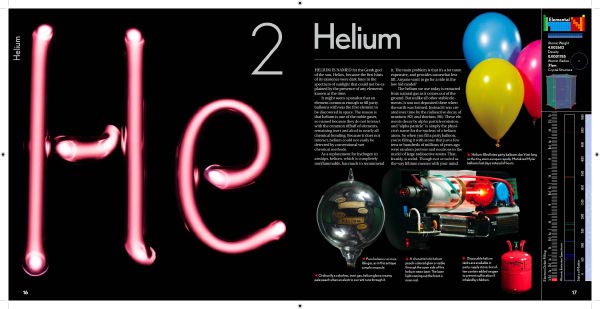 The USPS’s woes have never been any big secret, but the COVID-19 crisis could be the final straw. From Yahoo Finance: “Mail volume (and the accompanying revenue) could be down 50% this year, according to some estimates. The already teetering Postal Service could run out of money soon. That fear, combined with widespread concerns about letter carriers exposed to the virus, has put some lawmakers into a fatalistic mindset.”

Been reading a lot since I've been quarantined and I came across the original lyrics of Bruce Springsteen's "I'm On Fire." pic.twitter.com/SX2kFNDiXb

I Want You (To Stay Six Feet Away)

“Social distancing” is the phrase of the year, and because art imitates life, over at 6feetcovers, classic album covers have been redesigned “to raise awareness about the importance of staying at least 6 feet away from each other, to stop the spread of Coronavirus.” 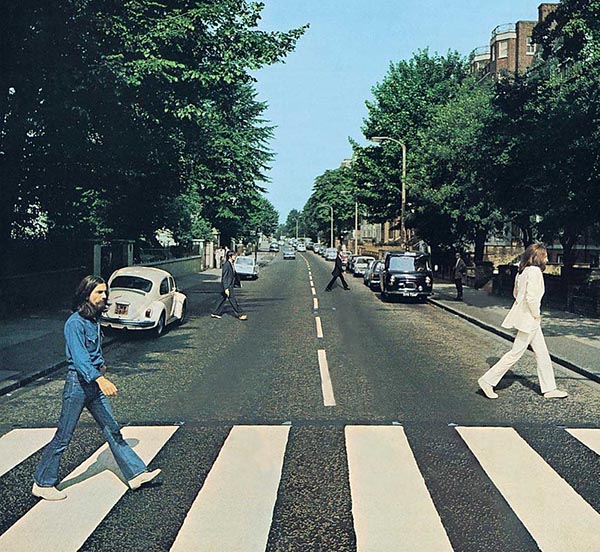 I don’t know who made this but they deserve an award pic.twitter.com/X2loscc8uB

Are you looking to specify colors, but find PMS numbers a tad...dull? Colors.lol is billed as “overly descriptive color palettes,” “hand-selected from the Twitter bot @colorschemez. The feed randomly generates color combinations as well as their descriptions, with each color being matched with an adjective from a list of over 20,000 words.” Wouldn’t “scorned mango” or “subarachnoid carolina blue” or “middle-aged light navy blue” make spec sheets so much more entertaining? 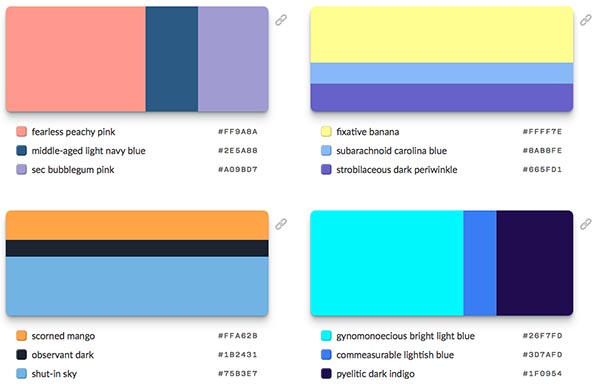 The scientific study - titled Microfibre Pollution and the Marine Biodegradation of Wool - has found that both untreated and machine washable wool readily biodegrade in marine environments, while synthetic fibres do not. The study also found the machine washable wool actually biodegrades at a faster rate than untreated wool fabrics and there was no evidence the treated wool’s polyamide resin coating added to microplastic pollution.

Looking to turn your next breakfast into a construction project? Why not do so with a “building block waffle maker”? Admittedly, the picture has a certain M.C. Escher quality to it (they apparently flipped the waffle over since the prongy bits are on the bottom) but it still looks like a fun and hearty breakfast: 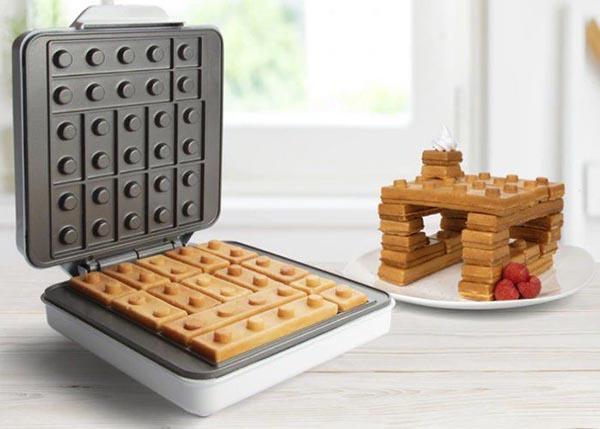 Alas, it is not a purchasable product yet, but you can pre-order it on Kickstarter for $50–$75.

A challenge for some in this age of quarantining is, how does one go about dating? Well, for one Brooklyn couple, it began like any good rom-com, with a meet-cute. From Insider:

Jeremy Cohen, a freelance photographer, noticed a woman dancing on her rooftop. He wanted to ask her out, but New York City residents have been attempting to socially distance to slow the spread of COVID-19, as the city has become an epicenter of the virus in the US. So he got creative, and flew a drone to her roof with his number attached.

Believe it or not, it worked. She texted back, and that led to a FaceTime-based dinner date on their respective rooftops. They finally met in person...with Cohen secure inside a plastic bubble.

Only in New York.

Elsewhere in New York City, a group of students at Bronx Science could no longer attend their esteemed school in person, so they recreated it in Minecraft. From New York magazine:

The students aren’t finished yet, but on a walk-through they hosted for me, it was clear how much detail has already gone into the product. That detail is partially a product of how much the students care about the school, and of all the free time they now have.

Not muting your mic is the new reply all

Harry Potter and the Prisoner of One’s Own Home

For families stuck inside, J.K. Rowling has launched an online Harry Potter initiative, www.harrypotterathome.com, which features quizzes, games, and other activities for kids and, most likely, their parents. Also, “for the month of April, Rowling also has partnered with the audio publisher-distributor Audible and the library e-book supplier OverDrive for free audio and digital editions of the first Potter book, ‘Harry Potter and the Philosopher's Stone.’ (The U.S. edition is called ‘Harry Potter's and the Sorcerer's Stone’).”

Too Close for Comfort

Anyone still sticking to their New Year's Resolutions? Where are my "spend more time with the family" people at?

Here’s an interesting question that it never occurred to us to ask: “Does a USB drive get heavier as you store more files on it?” Answered BBC’s Science Focus:

Believe it or not, they get lighter. USB drives use Flash memory, which means the the ones and zeros of your data are stored on transistors. When you save data, a binary zero is set by charging the float gate of the transistor, and a binary one is set by removing the charge. To charge it, we add electrons, and the mass of each electron is 0.00000000000000000000000000091 grams. This means that an empty USB drive (which mostly holds zeros) weighs more than a full USB drive (which has ones and zeros). Add data, reduce the weight. However, you would need to weigh more USB drives than exist on the planet together at once before the difference in weight became easily measurable.

A Fine Day for a Parade 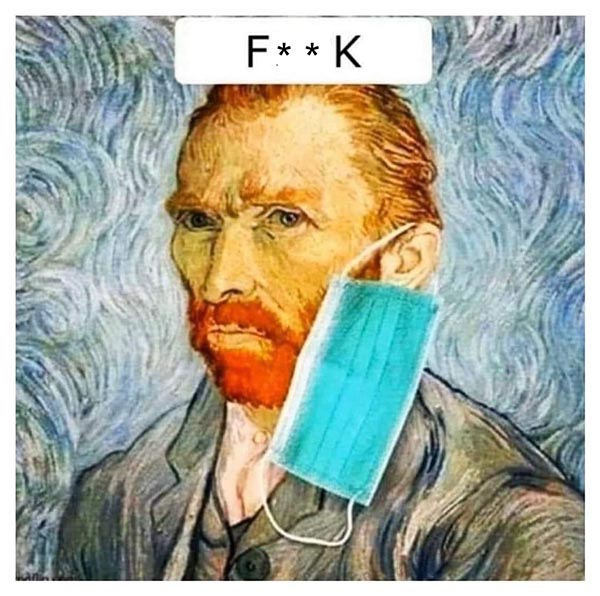 A special #FolkloreThursday Happy Birthday to Hans Christian Andersen (1805)
The prolific Danish author filled Western culture with nearly 3,400 fairy tales, many translated into more than 125 languages
Do you have a favourite?
We love The Little #Mermaidhttps://t.co/2yvX0Scj7L pic.twitter.com/Mx0cxvCHki