November Printing Shipments: Off for the Holidays

The value of printing shipments for November 2019 was $7.03 billion—a pretty big drop from October’s $7.65 billion, but we kind of expected it, as November and December see business slow down for the holidays. 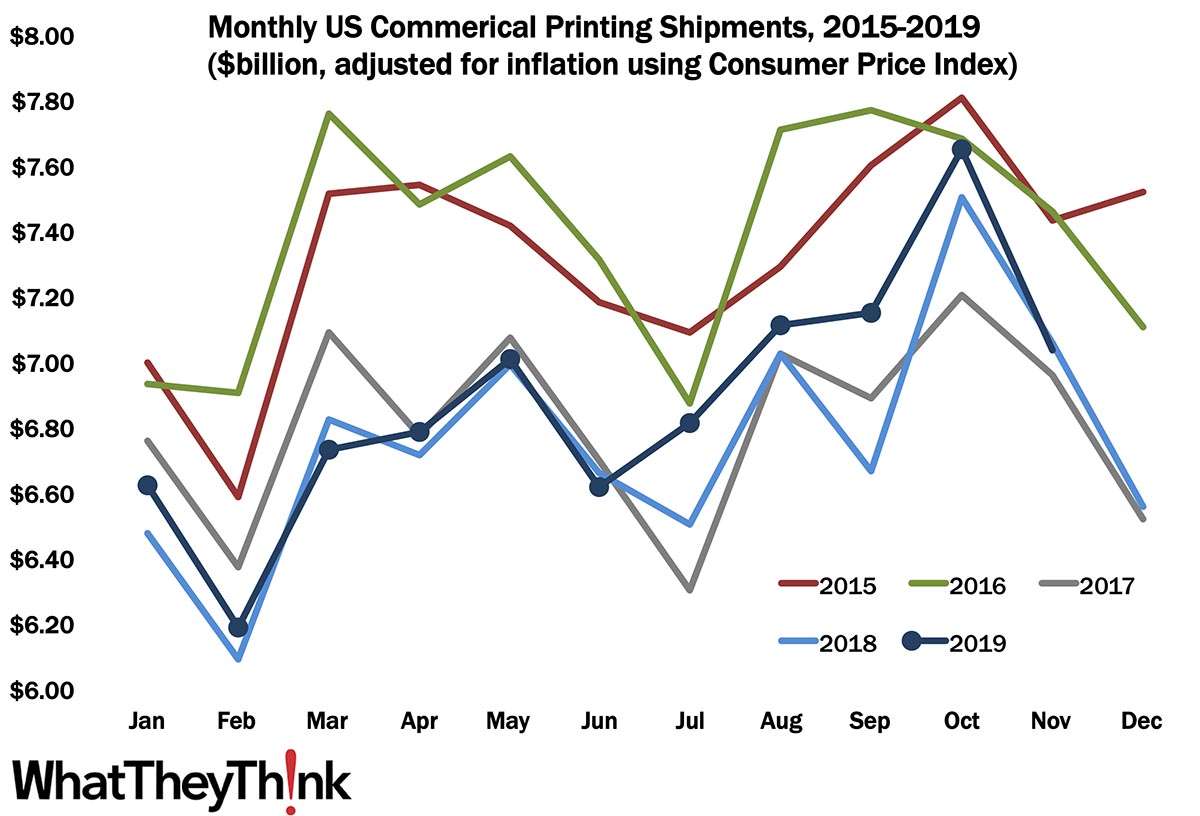 November printing shipments took an expected downward turn, coming in at $7.03 billion, a substantial drop from October’s $7.65 billion—and even dipping below November 2018’s $7.06 billion, albeit slightly. We’re a little disappointed, but not abundantly so. We’ll probably see a further decline in December, as business slows down for the holidays.