The value of printing shipments for August 2019 was $7.1 billion—up from July’s $6.8 billion. As we head into the autumn, 2019 is shaping up to be the best year for the industry in three years. 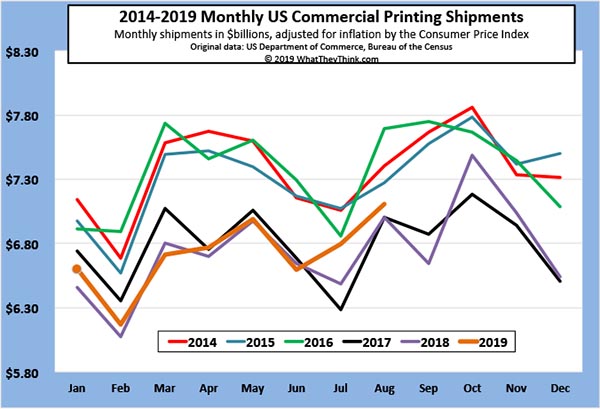 This continues to be pretty good news. We are expecting September shipments to take the usual drop—but we’d be happy to be pleasantly surprised.