Annualized profits for the second quarter of 2019 were down from $3.61 billion in Q1 to $3.05 billion. However, the gap between large and small printers has only narrowed very slightly. 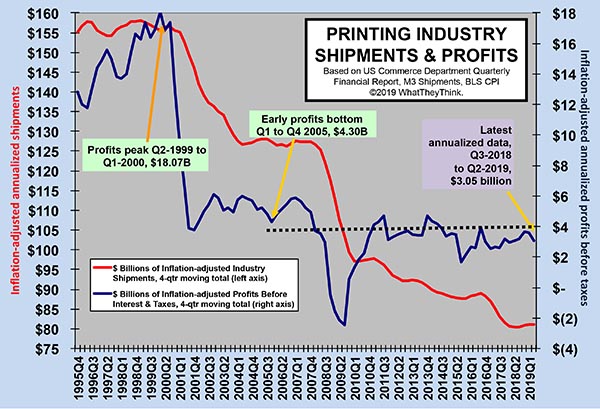 Industry profits data for the second quarter of 2019 came out in September, and annualized profits for Q2 were down from $3.61 billion to $3.05 billion.

In Q2, for the industry on average, profits before taxes were 3.45% of revenues, and for the last six quarters, they’ve averaged 4.11% of revenues.