May Printing Shipments Up from April

Printing shipments for May 2019 were up from April—and even came in above May 2018 shipments, albeit only very slightly. 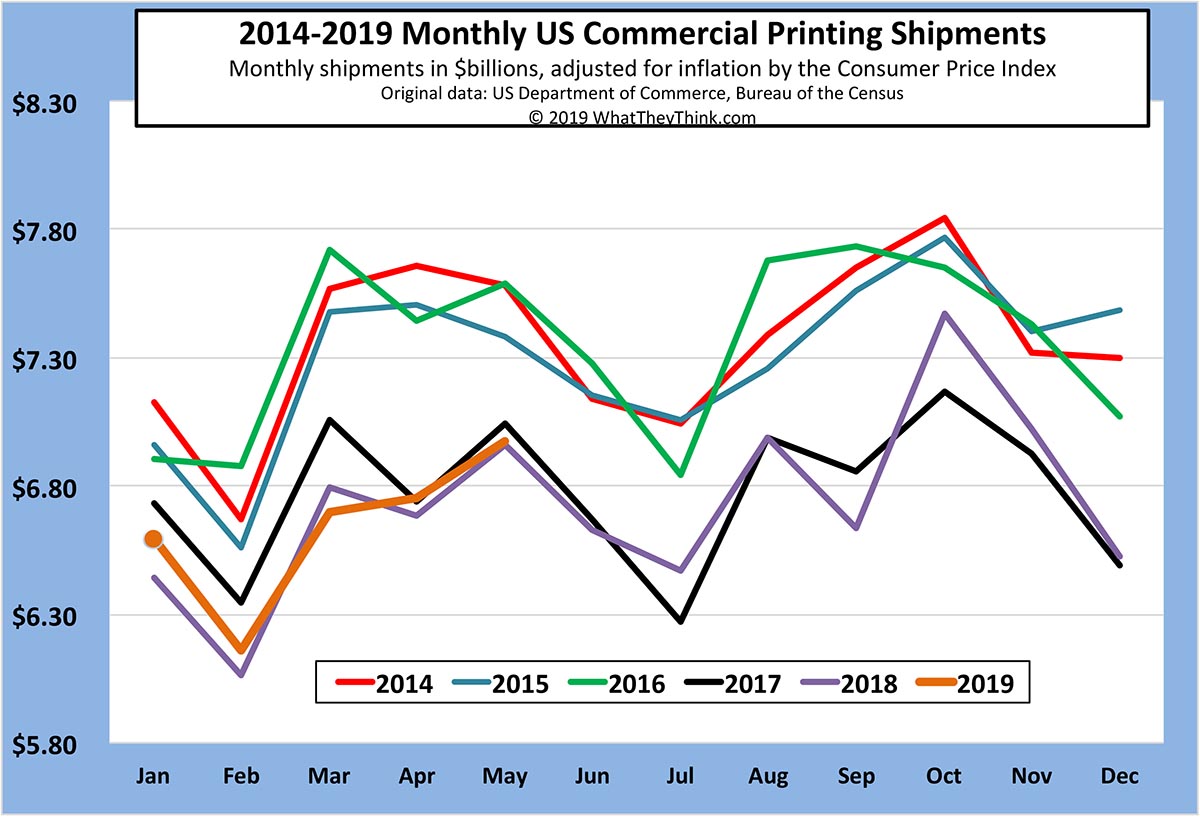 The value of printing shipments for May 2019 was $6.97 billion, up from April’s $6.75 billion. We remarked last month that April’s shipments—having come in better than March’s—may have been evidence of a new seasonality. But we’re back to our usual pattern of May being an improvement over April—and in fact being one of the biggest months of the year for the industry—and quite frankly, we really don’t want to disrupt that seasonality!

Now we head into the dog days of summer, and maybe we can hope for a little seasonal pattern disruption.