Overall, annualized printing industry profits for Q4 2018 were $3.66 billion—not a massive gain from Q3 but a gain nonetheless (we’ll take it). It also appears that the “tale of two cities” trend is—at least temporarily—on hold. 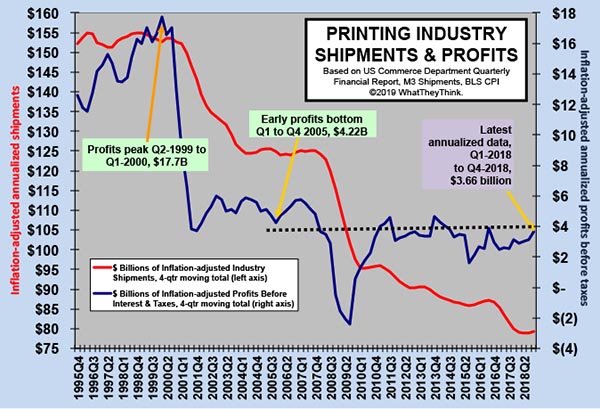 Industry profits data came out earlier this week, and annualized profits for Q4 were up to $3.66 billion, closing in again on that seemingly unbreakable $4 billion threshold.

Digging down into this report, we notice that the “tale of two cities” trend that we have been seeing is—at least temporarily—on hold. Perhaps urban sprawl is bringing these cities closer to each other. (So many metaphors, so little time.)