According to the latest, recently released edition of County Business Patterns, in 2020 there were 29,900 establishments in NAICS 511 (Publishing Industries [except Internet]). This represents an increase of 6% since 2010 and increase of 9% since 2016. In macro news, job openings were down 1.1 million in August while hires and separations (quits, dismissals, and layoffs) were generally unchanged. 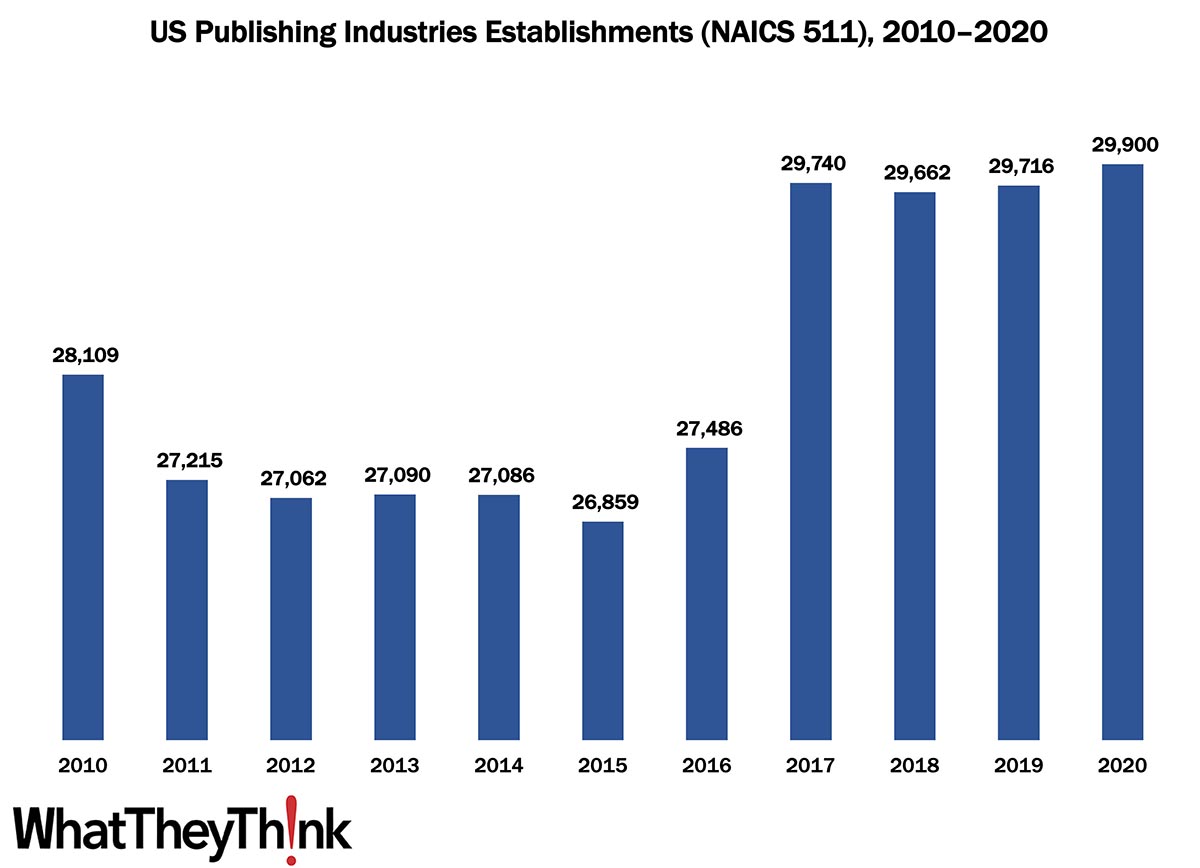 Our Friday data slice’n’dice look at the latest edition of County Business Patterns now turns to the publishing industries. As 2020 began, there were 29,900 establishments in NAICS 511 (Publishing Industries [except Internet]). This represents an increase of 6% since 2010 and increase of 9% since 2016.

We’ll have more to say when we dive into the specific publishing NAICS categories, as “Publishing” here refers to everything from books, magazines, and newspapers to greeting cards, to mailing lists and directories, and the catchall “other publishing” which can include maps and other specialty publishing products. Generally, though, the growth in establishments here is due to two basic factors: economic growth following the Great Recession, as well as lowered barriers to entry for small or self-publishers thanks to digital printing (enabling short-run on-demand publishing) and the Internet/ecommerce (easing distribution, which was always a challenge in the pre-Internet days). Spoiler alert: book and—believe it or not—greeting card publishers were the two sub-categories that drove up the average number of establishments toward the end of the decade.

As we saw in the printing categories, publishing establishments are concentrated at the lower end of the employee-count spectrum. Small publishers (1 to 9 employees) comprise the bulk of the establishments, accounting for 66% of all establishments, with the other three employee size categories equally sized at 11–12% each. 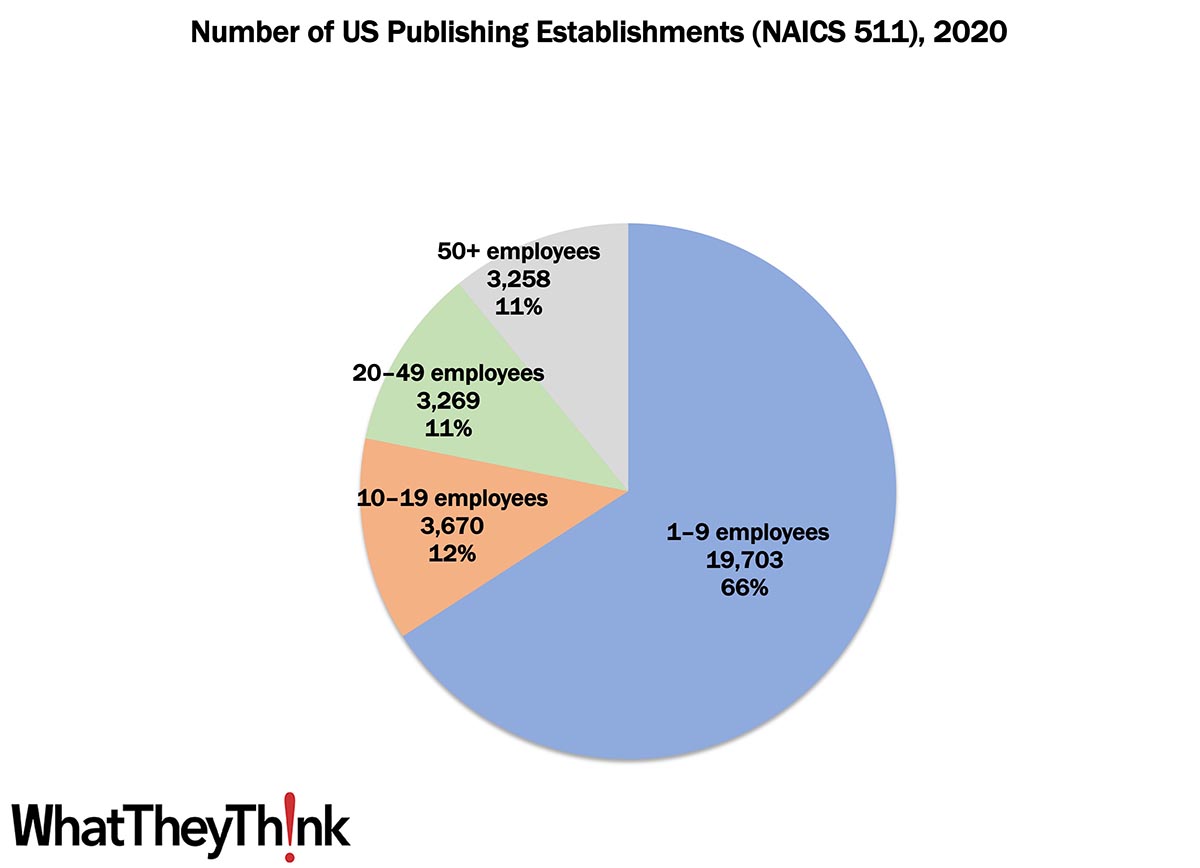 Earlier this week, the Bureau of Labor Statistics released its Job Openings and Turnover Summary (JOLTS), and it looks like all those companies that said they couldn’t find employees either found them or stopped looking—more likely the latter:

The number of job openings decreased to 10.1 million on the last business day of August, the U.S. Bureau of Labor Statistics reported today. Hires and total separations were little changed at 6.3 million and 6.0 million, respectively. Within separations, quits (4.2 million) and layoffs and discharges (1.5 million) were little changed. This release includes estimates of the number and rate of job openings, hires, and separations for the total nonfarm sector, by industry, and by establishment size class.

With such little changes in quits, it also appears the Great Resignation is largely over.