According to the latest, recently released edition of County Business Patterns, in 2020 there were 1,168 establishments in NAICS 32312 (Support Activities for Printing). This represents a decrease of 44% since 2010. In macro news, AIA’s Architecture Billings Index (ABI) indicates that demand for design services accelerated in August, boding well for commercial real estate construction and thus signage projects. 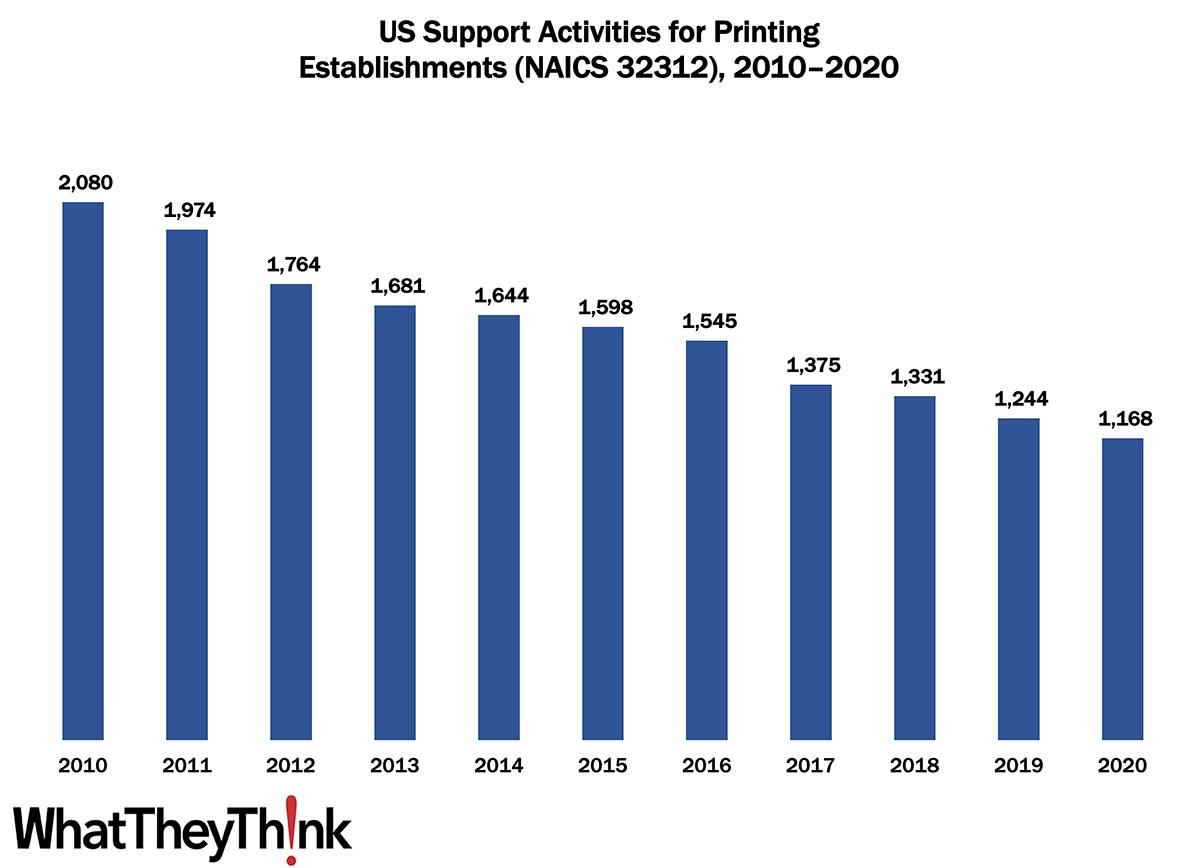 The latest edition of County Business Patterns was recently released, which includes 2020 data. As 2020 began, there were 1,168 establishments in NAICS 32312 (Support Activities for Printing). This represents a decrease of 44% since 2010.

It’s not difficult to understand why establishments in this category have been dropping, especially if you read the definition of “prepress” above. In fact, it’s kind of surprising that it hasn’t declined more than it has: prepress has largely been absorbed into the printing process itself. Especially in digital printing workflows, prepress is little more than what happens in the digital front end. As a result, there is no need for an entire business to be dedicated to prepress the way there was back in the heyday of the service bureau. In fact, as automation continues to penetrate into printing companies, there is less and less need for prepress employees—and, again, even less of a need for a business to be completely dedicated to prepress. (Remember when “color separators” had its own NAICS? That entire business category was replaced by a single command in Photoshop.) We suspect that many business that had once been solely prepress-oriented have moved into new kinds of services, such as graphic design, wide-format printing, perhaps even other kinds of digital printing, while still retaining their legacy NAICS classification.

Finishing is a different beast. A lot of print businesses have been adding in-house binding and finishing, since, in this age of fast turnaround, who has time to send a job out for finishing? Still, dedicated bindery services businesses still abound, and they have shifted a lot of their focus to higher-end finishing services, such as embellishments (be they digital or not), and the kinds of services that print businesses may not want to add in-house. After all, one print shop can’t add every finishing process under the sun, despite the growing prevalence of all-in-one machines. 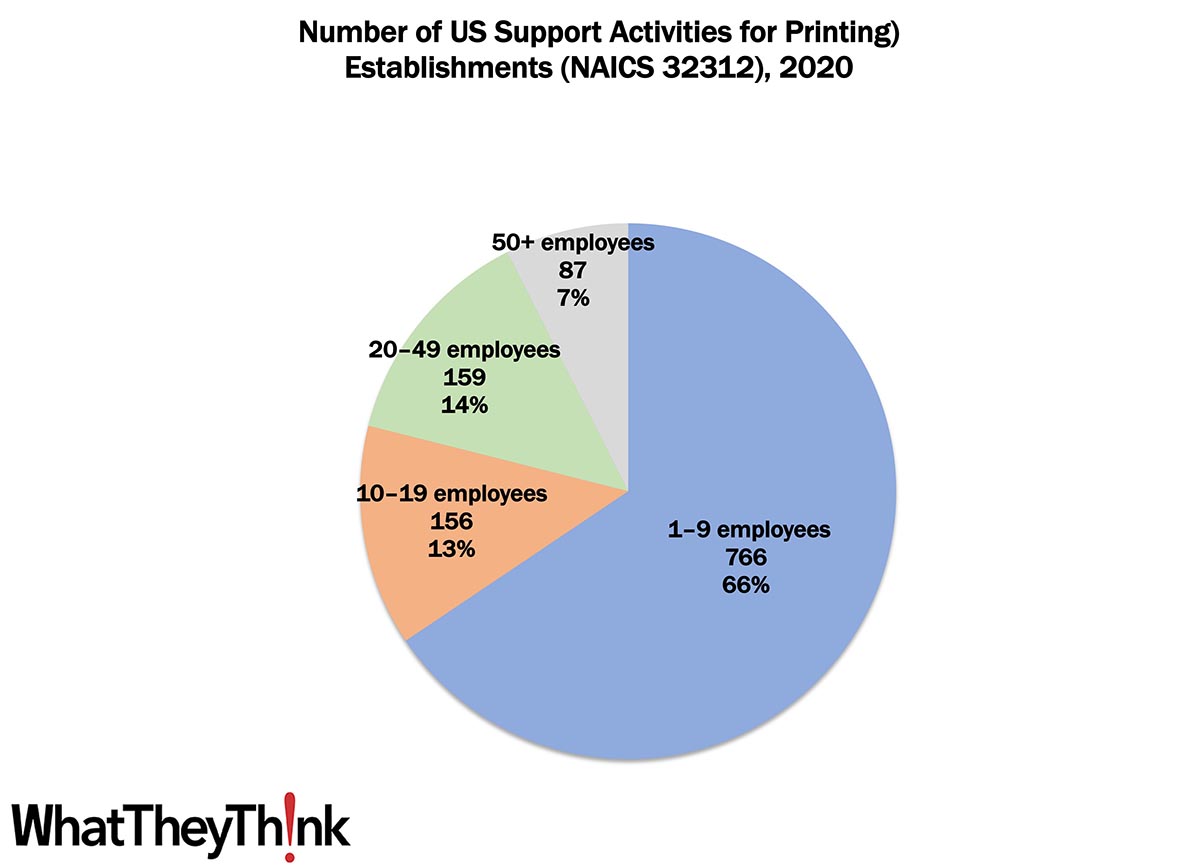 These counts are based on data from the Census Bureau’s County Business Patterns. Throughout this year, we will be updating these data series with the latest CBP figures. County Business Patterns includes other data, such as number of employees, payroll, etc. These counts are broken down by commercial printing business classification (based on NAICS, the North American Industrial Classification System). Up next, the publishing markets:

Every now and then, we like to check in with the American Institute of Architects (AIA) Architecture Billings Index (ABI), which is a leading indicator for new commercial real estate investment and thus potential new signage projects. According to the AIA, in August, demand for design services accelerated:

AIA’s Architecture Billings Index (ABI) score for August rose to 53.3 compared to 51.0 in July (any score above 50 indicates an increase in billings). During August, the score for new project inquiries rose to 57.9 from 56.1 the previous month, while the design contracts score softened slightly with a score of 52.3, down from 52.9 in July.

“While a strengthening billings score is encouraging, the flat scoring across regions and sectors is indicative of a nationwide deceleration over the next several months, said AIA Chief Economist, Kermit Baker, Hon. AIA, PhD. “A variety of economic storm clouds continue to gather, but since design activity continues to increase, we can expect at least another 9–12-month runway before building construction activity is negatively affected.”

The ABI has been above 50 for 19 consecutive months, which is good news. The rule of thumb is that this index leads actual commercial real estate investment by about 9–12 months, so, barring any further disruptions, commercial real estate development will be strong as we head into 2023. Sign businesses should keep an eye on construction activity in their area to get a jump on involvement in these projects.