According to County Business Patterns, in 2010, there were 2,378 establishments in NAICS 541850 (Outdoor Advertising). This NAICS actually grew post-Great Recession, with a slight decline mid-decade before climbing back up to 2,765 establishments in 2018. 2019 saw a massive drop in establishments. In macro news: Q4 2021 GDP revised up to 7.0%. 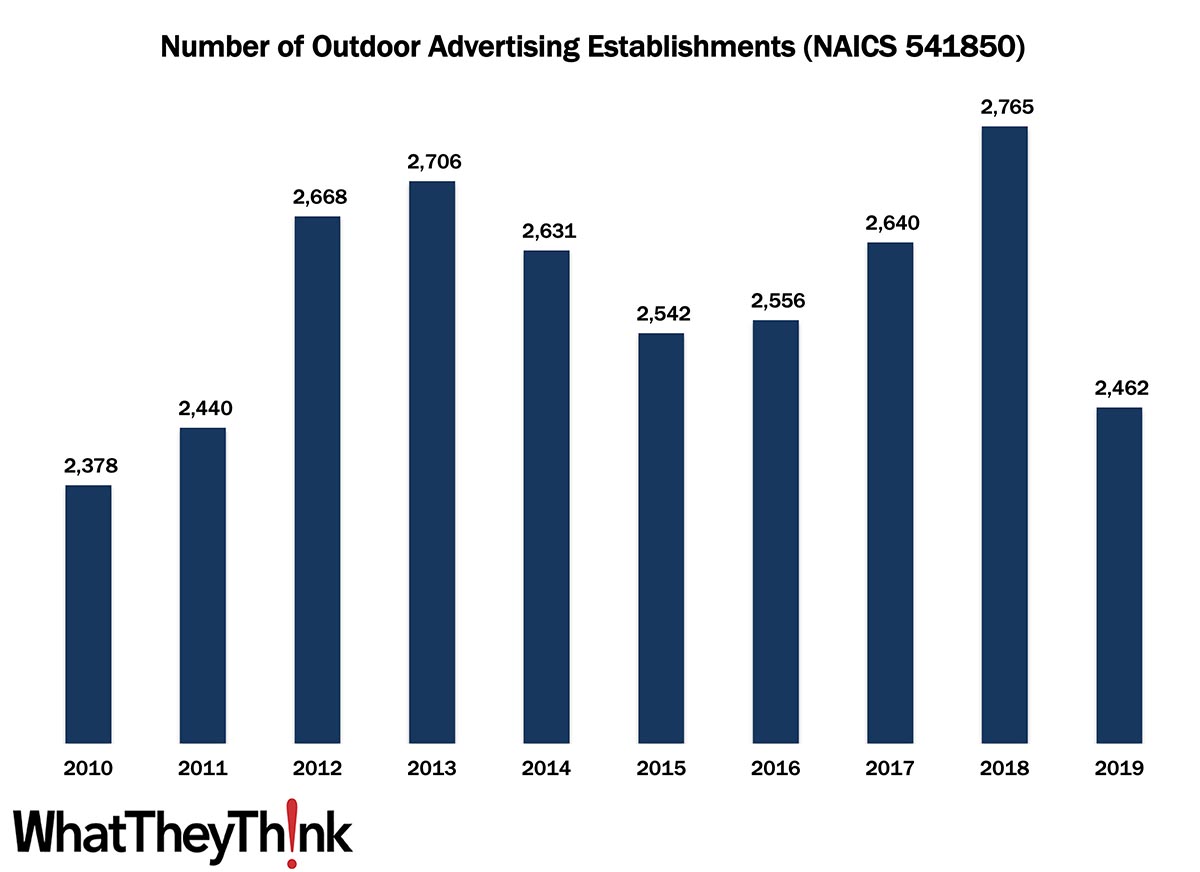 According to County Business Patterns, in 2010, there were 2,378 establishments in NAICS 541850 (Outdoor Advertising). This NAICS actually grew post-Great Recession, with a slight decline mid-decade before climbing back up to 2,765 establishments in 2018. 2019 saw a massive drop in establishments.

This industry comprises establishments primarily engaged in creating and designing public display advertising campaign materials, such as printed, painted, or electronic displays; and/or placing such displays on indoor or outdoor billboards and panels, or on or within transit vehicles or facilities, shopping malls, retail (in-store) displays, and other display structures or sites.

Prior to 2012, this category had been called “Display Advertising,” and 2012 onward reflects the period when wide-format printing started to become a force to be reckoned with. If you look at some of the specific products that are produced by establishments in this NAICS:

All of these items were growth areas in the 2010s, as the advent of new wide-format printing systems lowered the barriers to entry to producing these kinds of materials. The Census never had a specific NAICS for “wide-format printing establishments,” but this is among the closest they ever came to having one. As for the declines toward the end of the decade, chalk that up to consolidation as well as the adoption of wide-format printing by general commercial printing (NAICS 323), with “outdoor advertising” largely coming to refer to billboards and the like rather than the disparity of wide-format applications that were seen earlier.

Next up in our data slice’n’dice series, we’re going to circle back and look at employees in:

Yesterday, it was announced that Q4 2021 GDP was revised up by one-tenth of a percentage point. Said the BEA:

Real gross domestic product (GDP) increased at an annual rate of 7.0 percent in the fourth quarter of 2021 [up from 6.9], according to the "second" estimate released by the Bureau of Economic Analysis. In the third quarter, real GDP increased 2.3 percent [which was unchanged]. 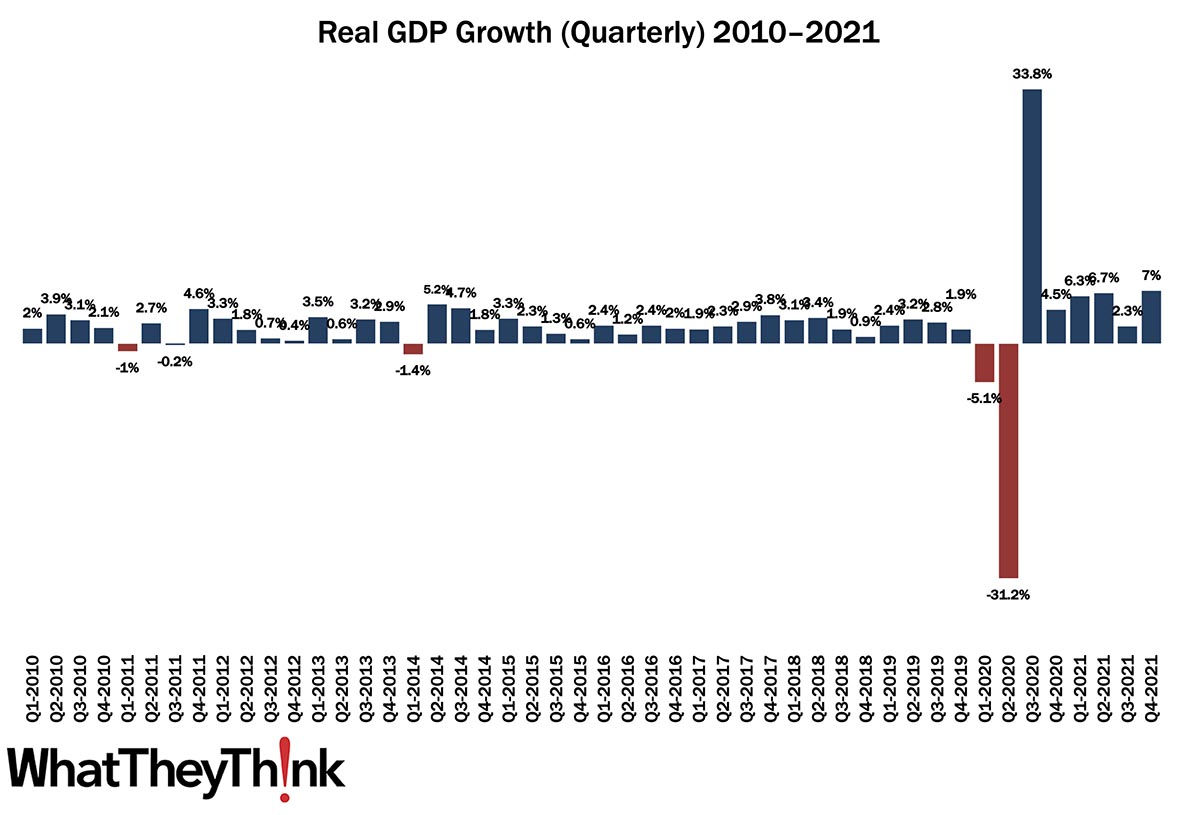