Revenues in the printing industry in Norway have been under pressure in recent years. There is no doubt that the COVID-19 pandemic did impact the printing industry (like other industry sectors) heavily as well. Still, it is difficult to quantify the impact as the most recent revenue data Eurostat publishes still only dates from 2018. Eurostat publishes a more timely series which includes the production index for printing and recorded media, which gives an indication of how production volumes developed based on 2015 averages. The most recent data point for Norway dates from June 2021.

During the height of the COVID-19 crisis in April 2020, the production volume index dropped to 73% of the 2015 production average. As volumes were down compared to 2015 before the pandemic, the drop amounts to 22% below the pre-coronavirus average. In contrast, the EU output (which excludes UK production) dropped by 31% compared to the pre-pandemic average, which indicates a more severe decline than in Norway.

Unlike in other European countries, almost no recovery in the production volume index followed. After a slight uptick in May and June, the production numbers stayed low, approximately at the level of April 2020 and 22% to 25% below the pre-pandemic levels. 2021 did not see an uplift either, with volume data staying at the same depressed level. As Norway tended to be less affected than other European countries it indicates a fundamental shift of portions of the market away from print.

Taking into account the decline and recovery, the 2020 print industry production is down by about 24% compared to 2019. Assuming a slight increase in prices, the revenue decline for 2020 over 2019 could be in the 20% range. 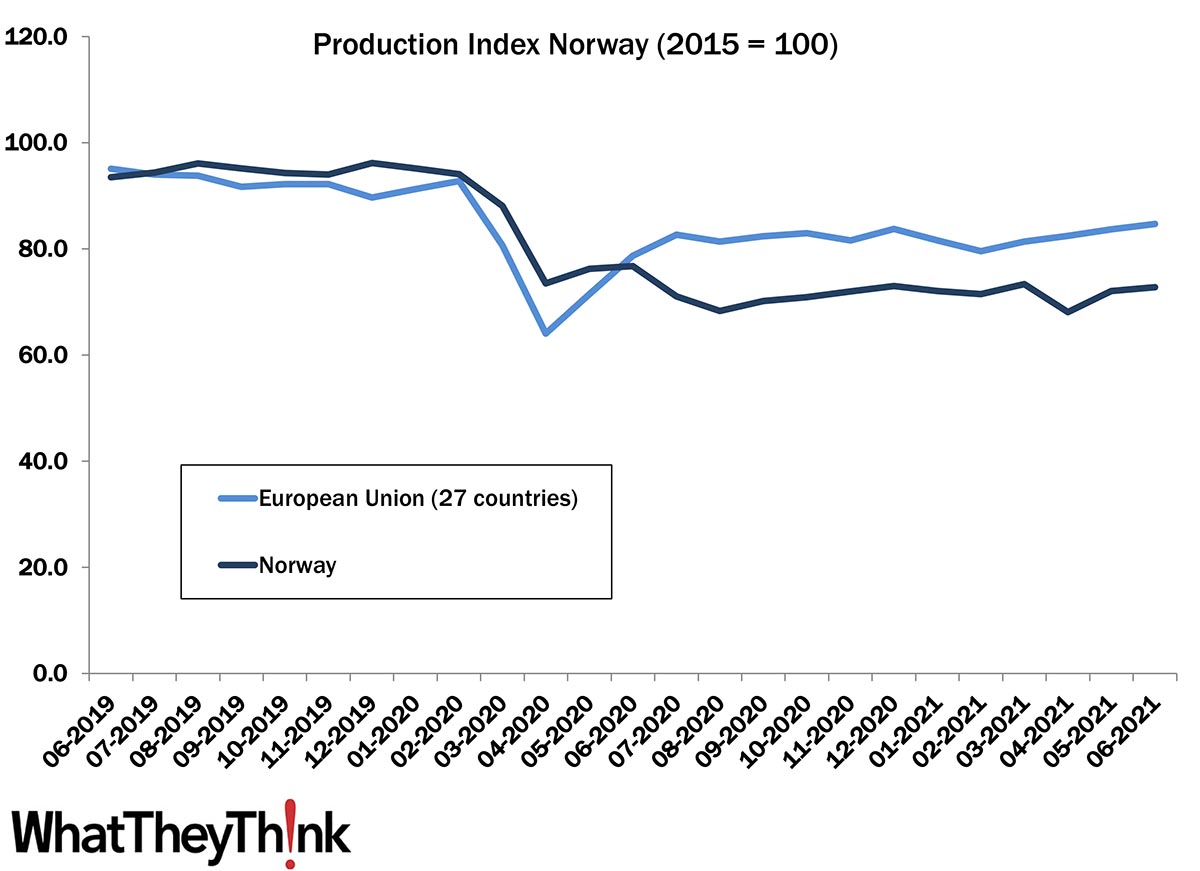 2019 is expected to show stable revenues according to production output data for 2019—and even a slight uptick is possible. 2020 can be expected to have a strong decline, based on the 2020 production volumes during the pandemic. 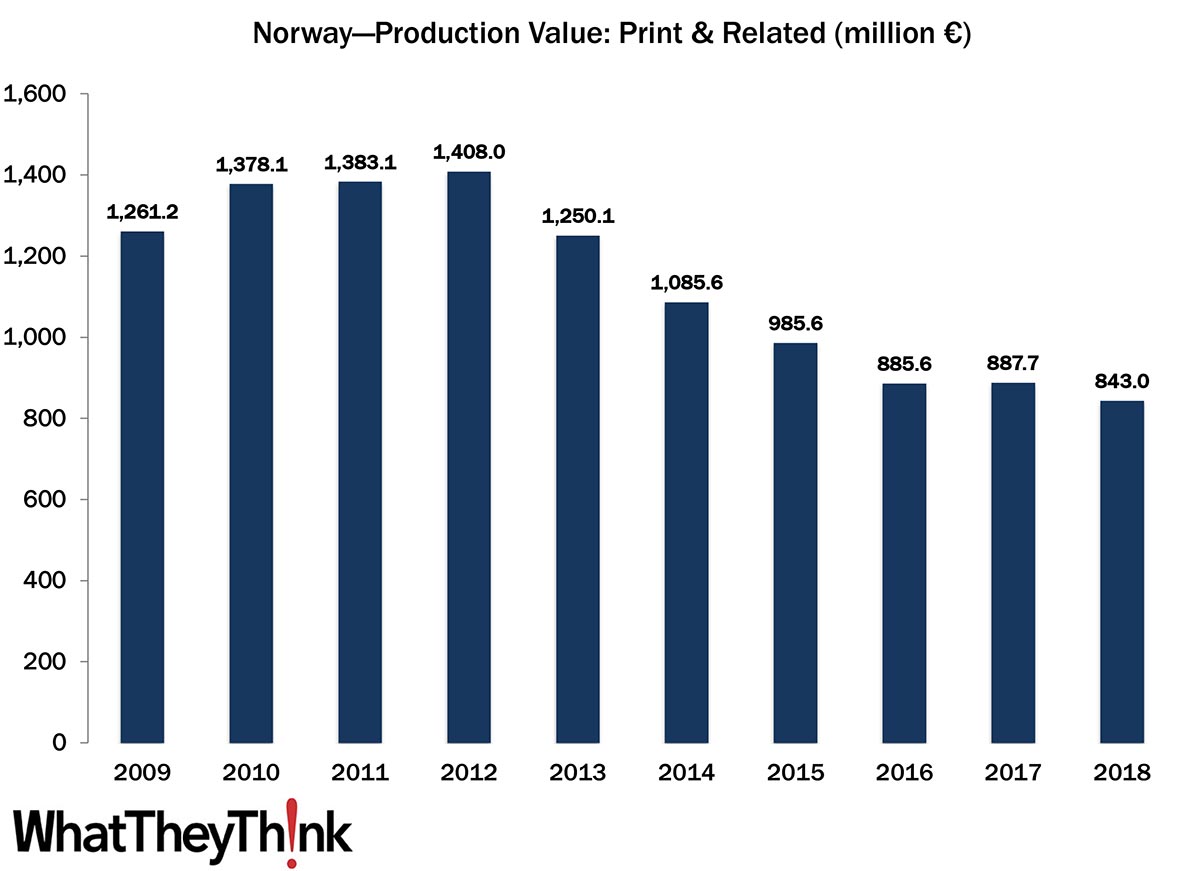