January Printing Shipments—They Can Only Get Better from Here

We kicked off 2021 inauspiciously with January printing shipments coming in at $6.61 billion, down from 2020’s $7.17 billion. It's the worst January in at least the last five years, but already things are boding well for the rest of 2021. 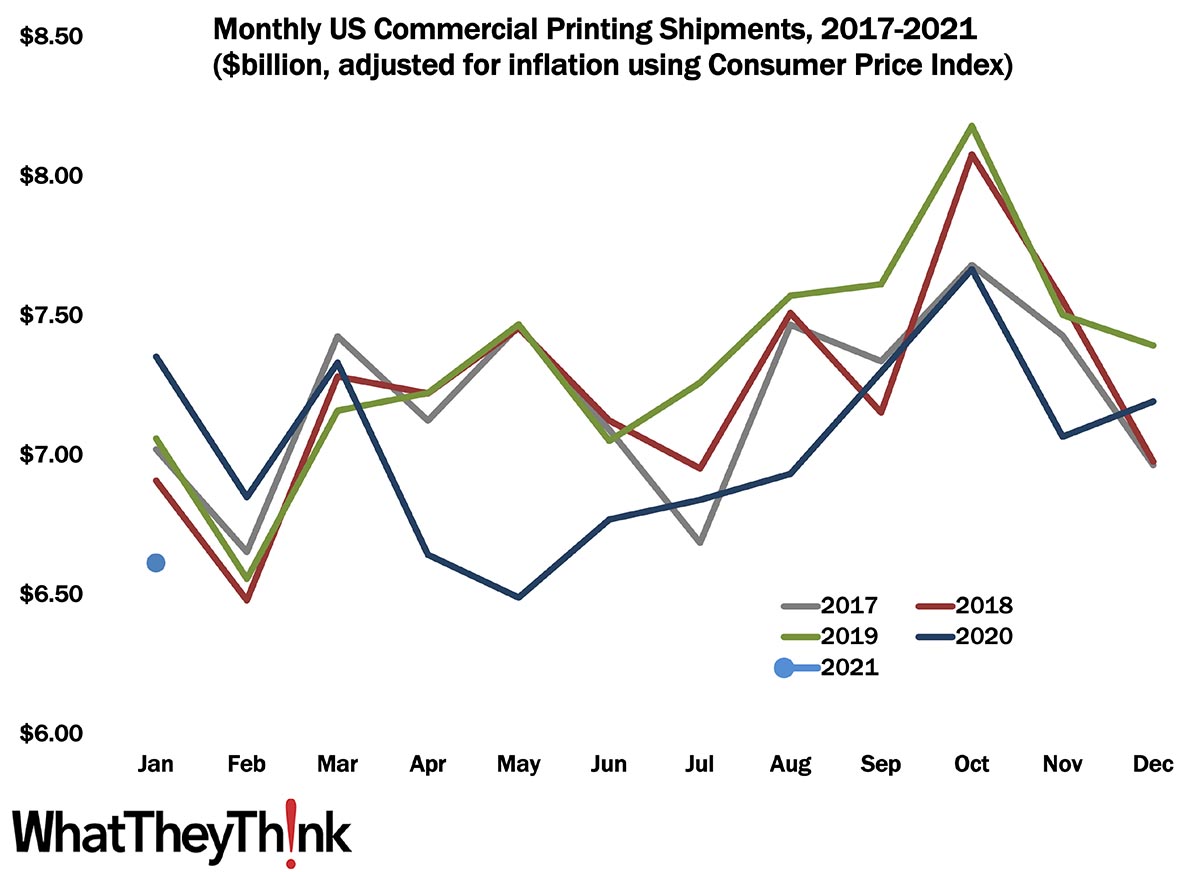 We kicked off 2021 with January printing shipments coming in at $6.61 billion, down from December 2020’s $7.17 billion. On the plus side, this is actually kind of normal: January shipments are usually down from December, the only exception being December 2019 to January 2021, where shipments stayed virtually the same. So if this is any indication, we may be reverting to the usual industry seasonality. At last! Something like normalcy.

However, on the minus side, it is the worst January in at least the last five years, and if we are reverting back to our regular seasonality, February numbers are not going to be good.

That said, we are probably not looking at our usual seasonality. December had been a heady (and anamalous) month shipments-wise, and January likely represents a slowdown from holiday print work. Usually the holiday impact on industry shipments occurs a month or two earlier but what’s even usual anymore? At the same time, the COVID factor is still in effect, and a lot of businesses that could stay relatively open in the fall had no choice but to close—outdoor dining is fine when it’s in the 50s and 60s but in the Northeast, for example, where temperatures had been below freezing (or even below 0) for most of January and February, firepits and heatlamps are not gonna make outdoor dining pleasant.

And we all know very well that events are still verboten. As of this writing, some states are planning to ease (some slightly, some a lot, some unwisely) opening restrictions and while winter has been tough, things are looking better as we move toward spring—and vaccinations. We expect the next one or two shipments reports to be on the bleakish side, but we will likely start to see things improve by about the one-year anniversary of the pandemic.