The printing industry in Portugal remained relatively stable in recent years and 2019 production volumes remained close to the 2015 output level while many countries saw volumes decline over that same period. The COVID-19 pandemic in 2020 will leave a dent in production and revenues, however. According to the Eurostat production index for printing and recorded media, the production index dropped noticeably.

Unlike in most countries, the low point during the COVID-19 crisis was reached in May rather than April. The production volume index dropped to 68% of the 2015 production average. As volumes were close to the 2015 production volume, the drop amounts to about 32% below the pre-coronavirus average. The drop is pretty much in line with the EU output, which fell by 31% compared to the 2019 average, with the only difference that the EU values bottomed in April.

The steep drop led to a strong recovery in July and August. September brought another dip, likely due to the second wave of coronavirus. It is likely that we will see some revision of data in the months to come as the numbers fluctuated a lot and the August numbers seem to be exceptionally high. 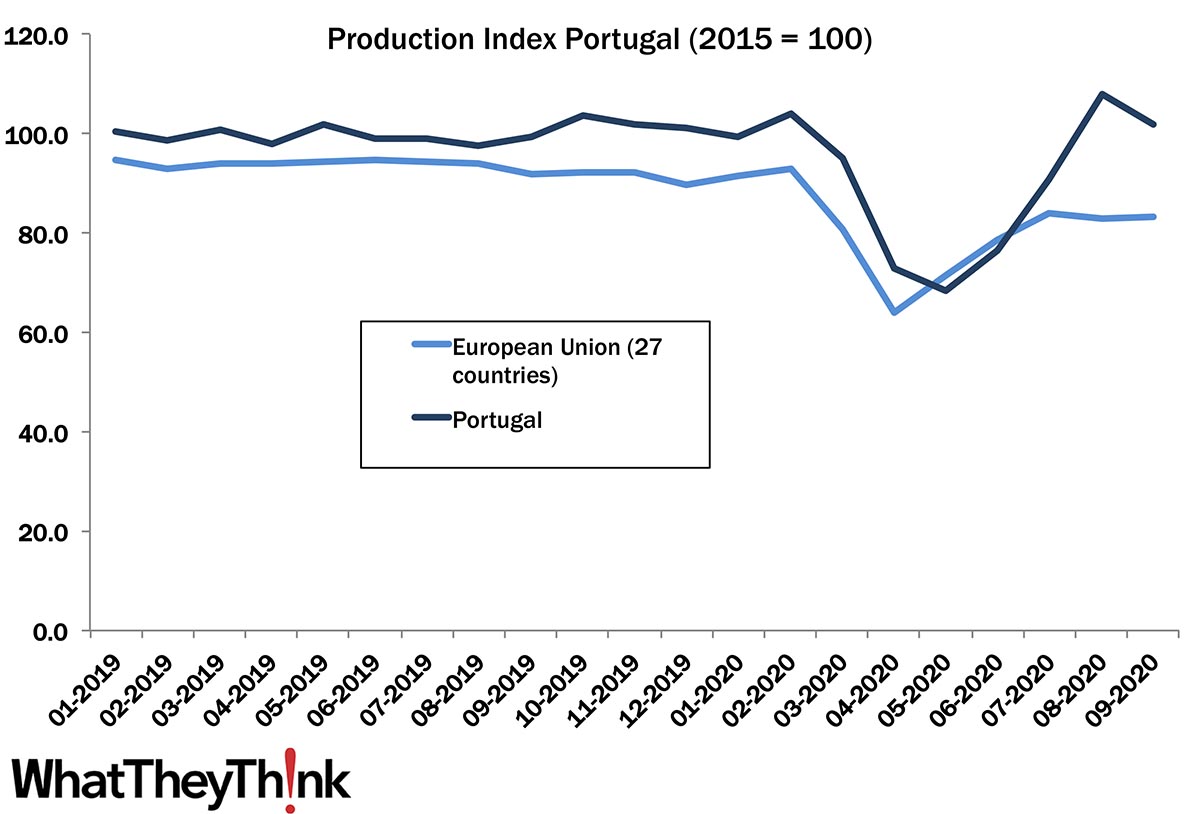 The index data gives a timely reference on how well industry sectors are doing. The indices do not show absolute monetary values, however. A less timely series gives insight into the production value in million euros on a yearly basis, which tends to paint a somewhat more positive picture for print.

The revenue in printing and related services reached almost €1 billion in 2018 in Portugal, which is slightly down compared to 2017. Before that, the printing industry production values remained quite stable and even gained on the 2012 and 2013 values. The printing industry in Portugal suffered from the euro crisis, when the print production value dropped by 20 (comparable to other countries in Southern Europe). COVID-19 will leave a dent in 2020 revenues, but the print industry in Portugal has been proving quite resilient, hence a good portion of the drop will be made up in 2021. It should be kept in mind that not all packaging and label print is included here, and revenue from in-plant and copy shops is missing completely. 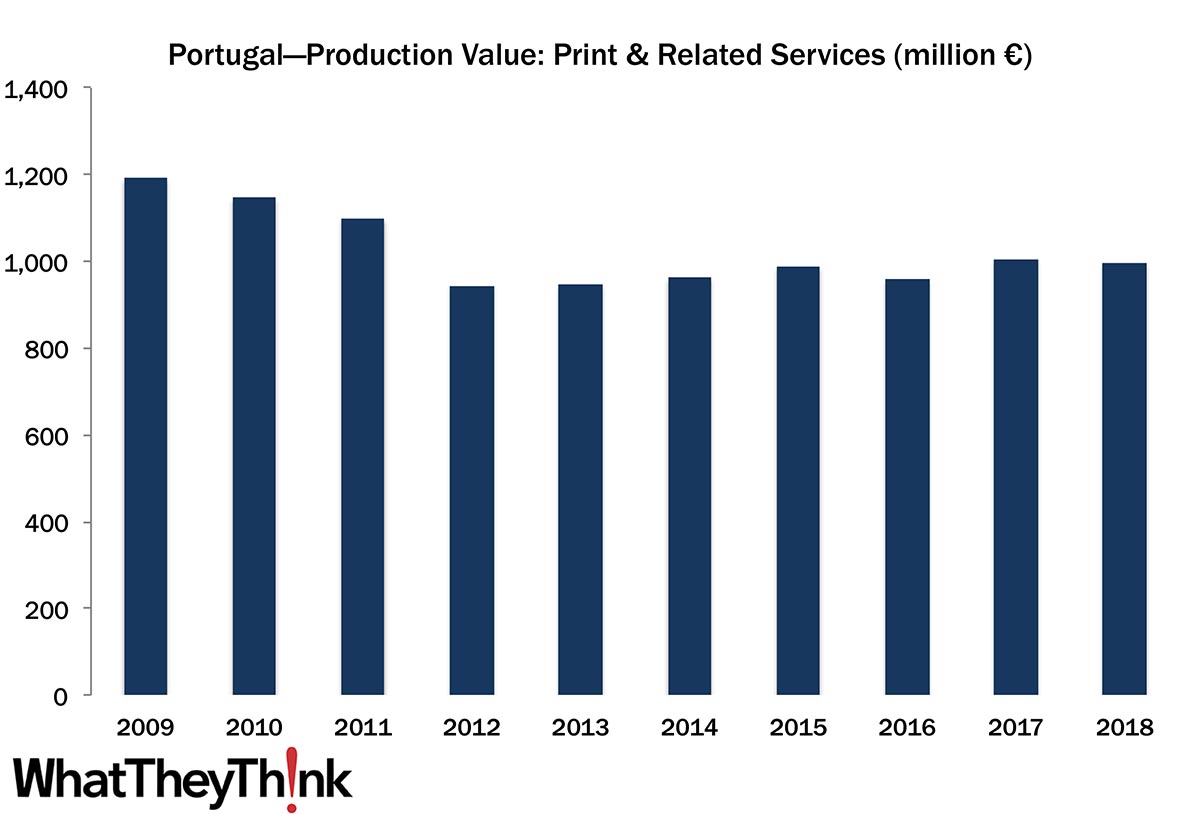 Next time, we will have a look at the printing industry in Turkey.