From Q1 to Q2, book, periodical, and newspaper publishers, as well as advertising and related markets, saw quarterly revenues drop, some quite abruptly. For some of these markets, the pandemic only accelerated trends that had been long-ongoing. 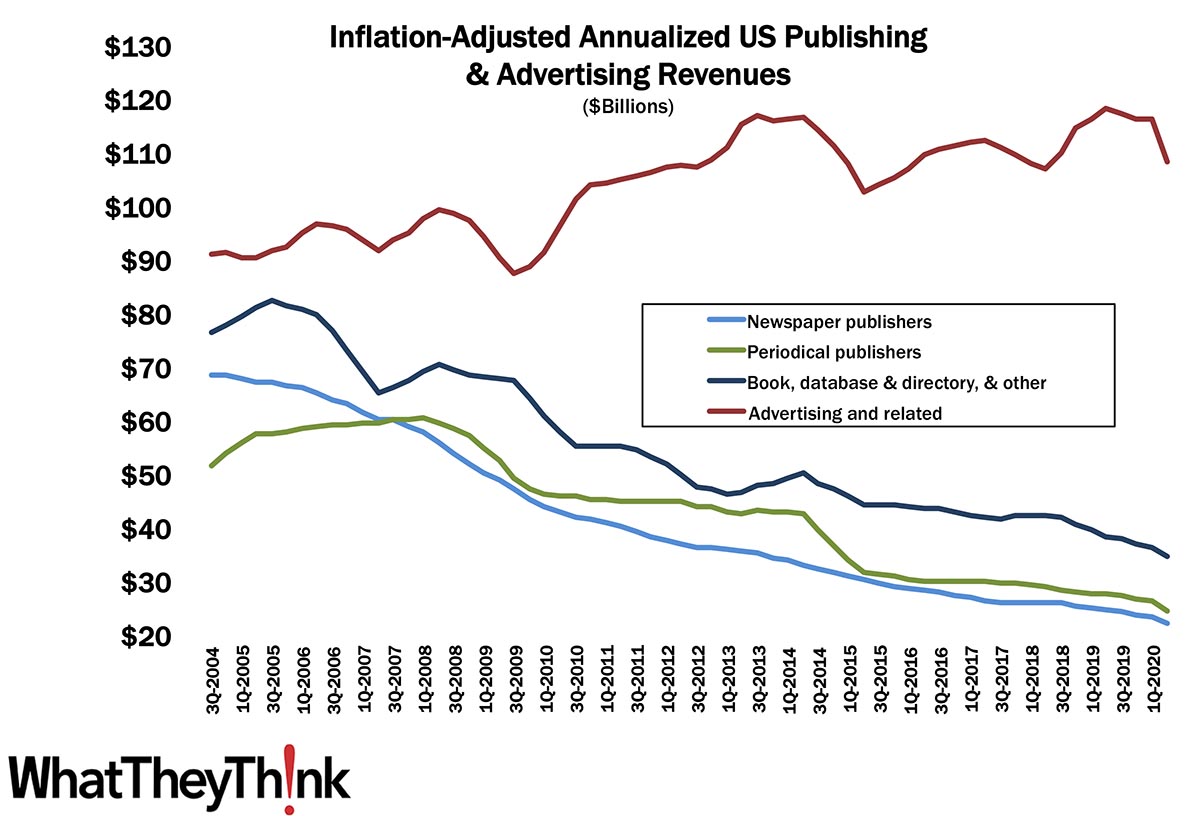 Quarterly Services Survey, US Bureau of the Census

As well all know, Q2 2020 had been a bad one for the economy in general and as we see from publishing and advertising revenues (via the Quarterly Services Survey), it was not great for the creative markets we track either. In the case of publishers, it was just a quickening of a trend that started almost 20 years ago. In the case of advertising, that was an abrupt fall off a cliff. Specifically:

For some of these markets (or, to be specific, some companies within these markets, because every industry has leaders as well as laggards), the COVID pandemic is pushing them faster down the road they have been on, and for others, it has opened up a yawning chasm in the highway, and for yet others sent them off on a detour that will hopefully get them back on the main road.

*We acknowledge that this is most likely an apocryphal quote. But still.