Printing Shipments On the Rebound: Will It Last?

After a dismal April and May, printing shipments rebounded in June to $6.63 billion. It’s a hopeful sign, but the COVID-19 crisis is far from over. It’s going to be a tense fall. 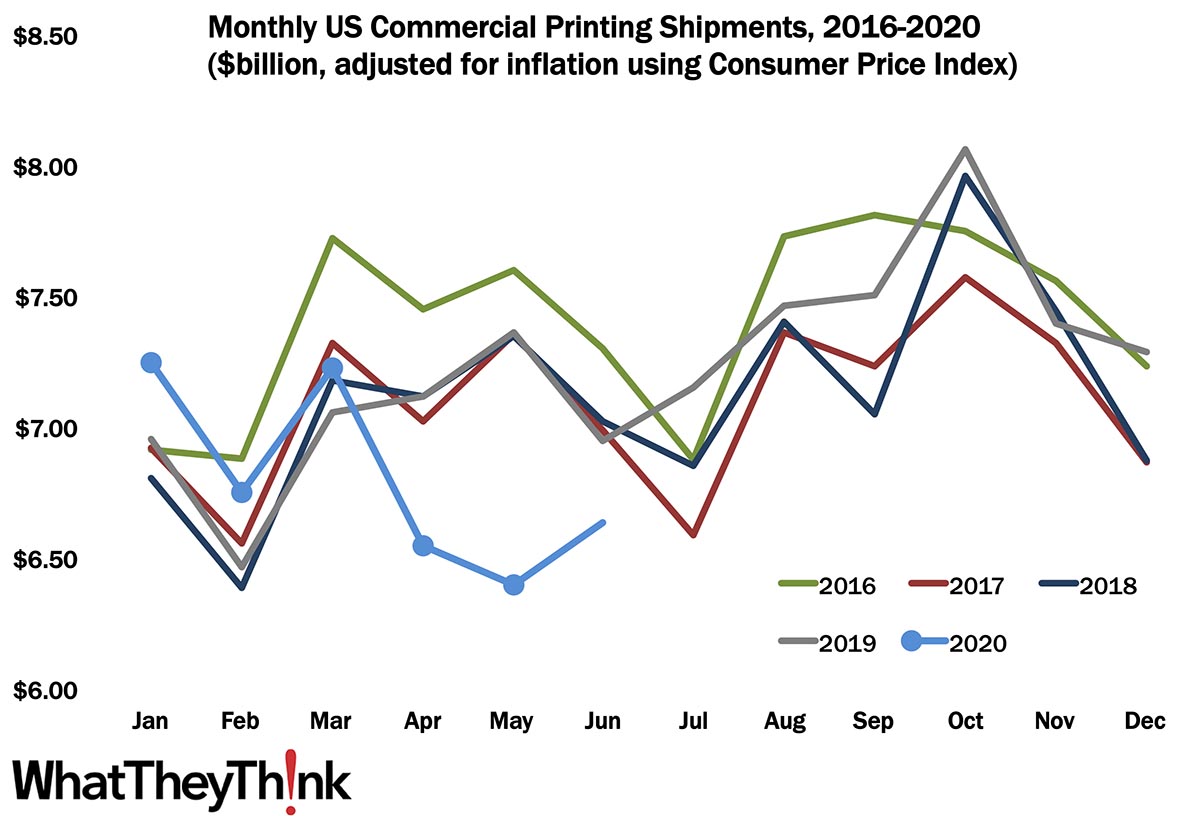 It was touch and go for a while, but it may not be as bad as we thought. Printing shipments for May 2020 had come in at a dismal $6.42 billion, down from an only slightly less dismal $6.51 in April—and way down from a decidedly undismal $7.21 billion wa-a-a-ay back in January. On the plus side, we were expecting April and May to be bad. On another plus side, it’s not as bad as February 2018, and back then we didn’t have a global pandemic causing the problem. On perhaps the best plus side, shipments rebounded in June to $6.63 billion. And to round out (as it were) our tetrahedron of plus sides, that’s better than July 2017.

The seasonality of shipments that had evolved over the past several years is pretty much out the window at this point, so it’s hard to know what to expect from month to month except that “businesses are reopening/reclosing.” In June, we saw places start to reopen as the virus was more or less under control in certain parts of the country (like the Northeast), so we have a sense that July shipments data will continue to rise—maybe not dramatically, but not inconsequentially. We may even see an uptick in August, but the big worry is that as infections have been spiking dramatically in other parts of the country, businesses may need to close again. And there is the schools reopening, which so far has not been encouraging. We’re by no means out of the pandemic woods, and should not in any way get complacent (or more complacent).

Year-to-date shipments have thus been slipping vs. 2019. January-to-June shipments for 2020 are $40.79 billion compared to $41.90 billion for January-to-June 2019. It’s doubtful we’ll make up that ground by year’s end, but then no one is expecting this to be a banner year for the industry. Still, we’d be happy to be wrong. (We do seem to be saying that a lot lately.)