As we expected, April 2020 printing shipments took a tumble—falling from $7.18 billion in March down to $6.56 billion. Hmm...what could have caused that? 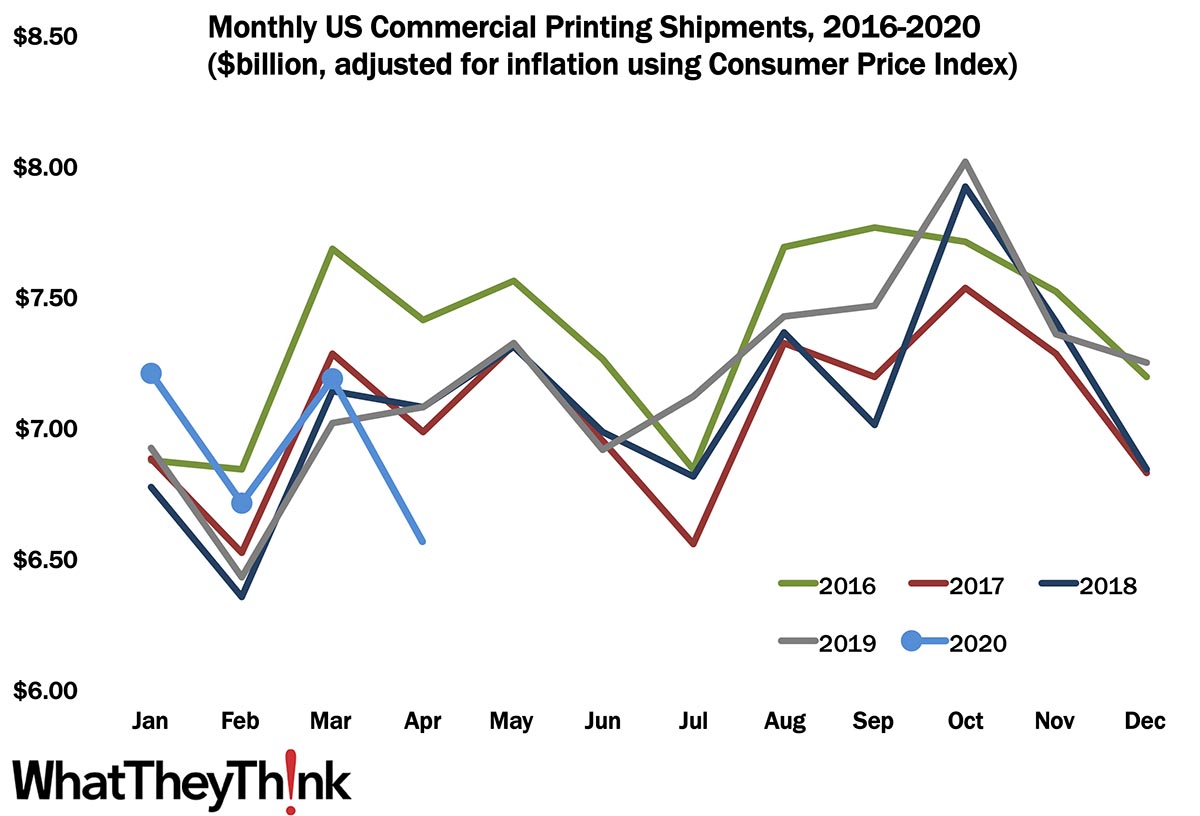 As we expected, printing shipments for April were dismal—way down from $7.18 billion in March to $6.56 billion. On the plus side, we have actually had worse months (for example, July 2017 and February 2018, to name two). If there is a silver lining to this, it’s that at least we know the dire April numbers are not reflective of anything we as an industry are doing or doing wrong, nor are they the result of a reduction in demand for print. It’s something that is hitting virtually everyone in some way. OK, that’s small (if any) comfort for print businesses that can’t make payroll or cover other costs, but we’ve been in worse shape as an industry before.

Interestingly, looking at year-to-date shipments, January-to-April 2020 is not far off January-to-April 2019—$27.66 billion vs. $27.44 billion, respectively. Although 2019 did end up being a great year for the industry shipment-wise, it did get off to a slow start, and 2020 got off to a really good start before going pear-shaped.

So, yeah, we’re expecting May shipments to be pretty bad as well, with June perhaps—perhaps—seeing the stirrings of a rebound, although the premature reopenings and record daily virus infection rates in parts of the country are not helping matters any.