In 2010, there were 2,973 US book publishing establishments; by 2017, that number had dropped to 2,440. Book publishers are especially well-represented in Non-Employer Statistics. 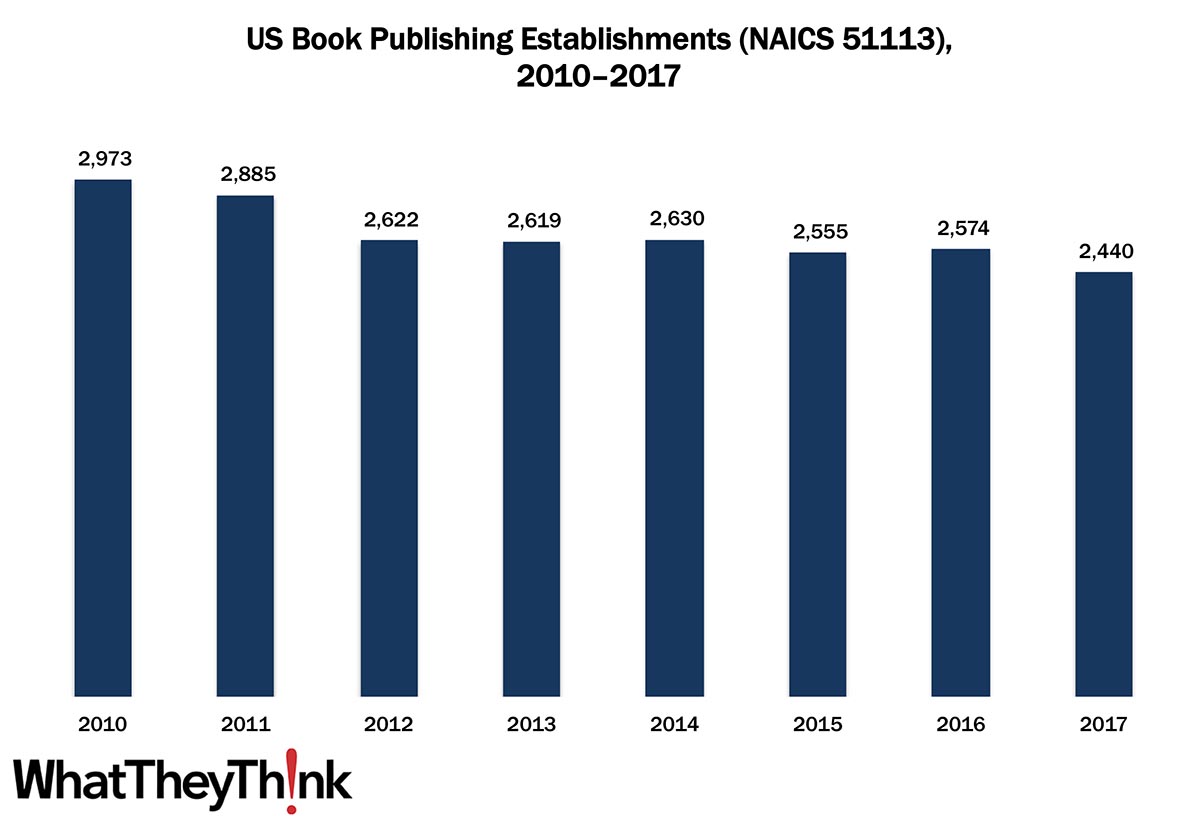 In 2010, there were 2,973 establishments in Book Publishing (NAICS 51113); by 2017, that number had dropped to 2,440. We’ll look at Non-Employer Statistics* at another time, but it’s worth noting that in 2016 there were an estimated 7,977 small or self publishers in this category. Technology enablers such as electronic publishing, on-demand book production, and e-commerce through companies like Amazon (Createspace) have led to a growing specialty publishing market. When you factor in the ease of creating and publishing ebooks (which are often given away or sold for only a token amount as more of a self/business promotion strategy or tie-in to a speaking gig), some, perhaps many, “book publishers” may not classify themselves as such.

* “Non-Employer Statistics” is where the Census Bureau tracks freelancers, sole proprietorships, and other small businesses or individuals. For our purposes, these include graphic designers, small agencies, and small or self publishers.