The De-Evolution of  Cenveo—April 2019 M&A Activity 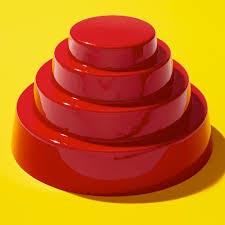 Cenveo announced its first M&A transaction since its emergence from bankruptcy in September 2018, with the sale of its long-run label and paper receipt businesses to Iconex, a portfolio company that Atlas Holdings carved out of NCR Corporation in 2016. With this divestiture, the latest in a long string of spin-offs, Cenveo continues its evolution from its beginnings in 1994 as a humble manufacturer of envelopes to a high-flying printing industry roll-up. With its fingers in multiple specialties, at one time or another, Cenveo has offered high-quality commercial printing,  business forms for the distributor market, labels and packaging, office supplies, paper extrusion and coating, content management and production of scientific, technical and medical journals. In short, if there was ink being put on something, Cenveo was a buyer.

In high-end commercial printing, the segment of the printing world that I came from, the 1990s was the heyday of print consolidation. In this highly competitive, but sometimes rarified, top echelon of super printers, the drumbeat of deals was primarily driven by two publicly-owned companies, Mail-Well and Consolidated Graphics. These serial acquirers used a combination of cash from debt and issuance of public stock, along with their own stock as currency, to roll-up many of the legendary names in the commercial printing industry. It seemed as if Mail-Well, the original name of Cenveo, and its arch-rival Consolidated Graphics were in a feeding frenzy to capture as many of the independent successful and renowned family-owned printing companies in the shortest time possible. There were some second-tier roll-ups, including Printing Arts America and Nationwide Graphics, but the real action was with Mail-Well and Consolidated.

Names such as The Graphic Arts Center in Portland and Anderson Lithograph in Los Angeles were among the icons of printers capable of meeting the demanding standards required to produce high-end automotive books and the best annual reports. Graphic designers would insist that their work only be printed at a select few printing companies that they elected to elevate to the stratosphere of high-end commercial shops, often traveling long distance to provide on-press guidance. Many of those iconic names disappeared in 2004 when Mail-Well jettisoned the 40-plus individual brand names that were the legacy of its non-stop acquisition spree and consolidated all its operations under the Cenveo brand. Both the Portland and Los Angeles locations were subsequently shuttered as the company downsized, upsized, downsized again and restructured in the intervening 15 years. 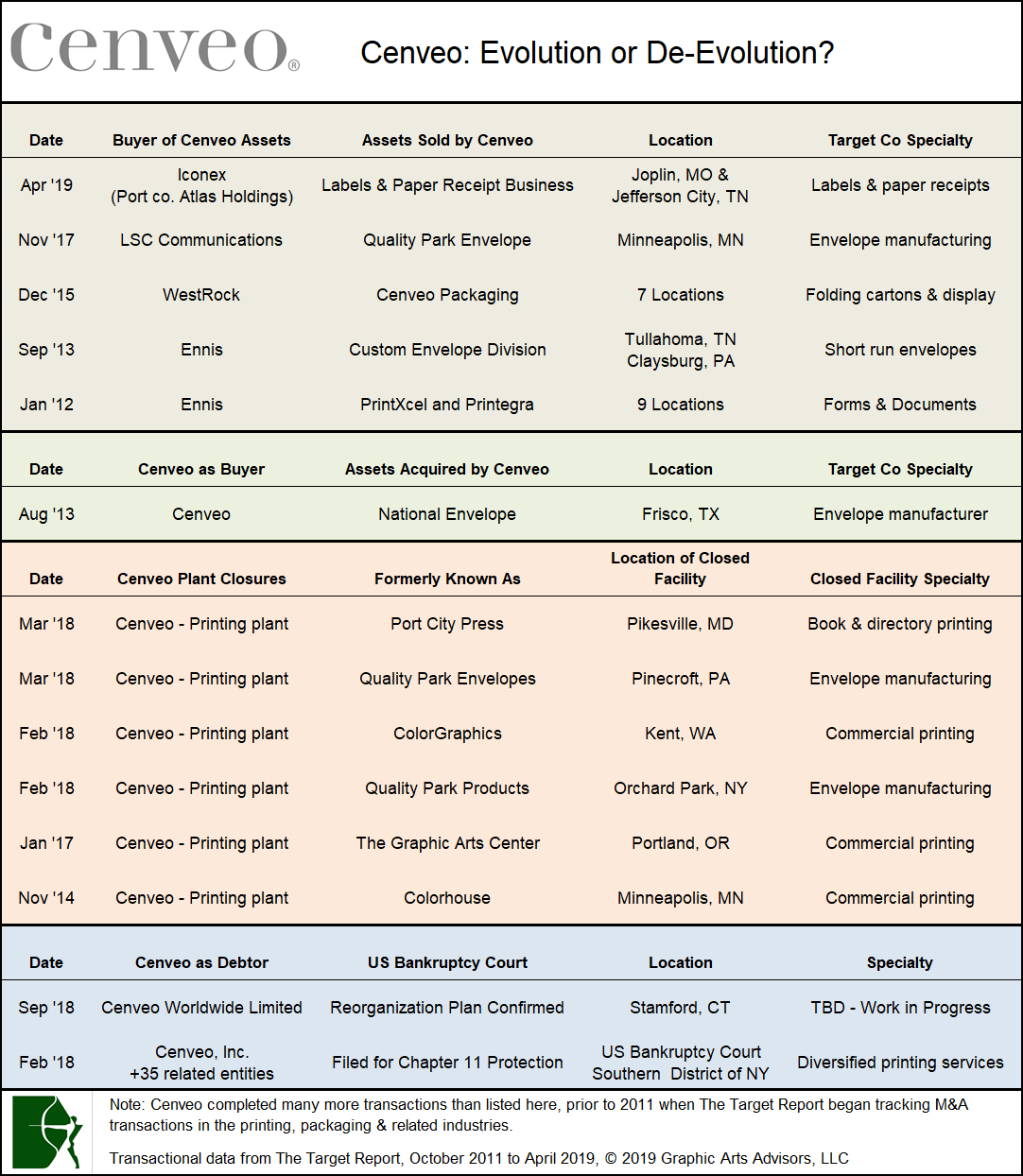 During its formative years from 1994 to 2001, Cenveo had acquired, on average, another printing plant and 120 new workers every other week for seven years. At one point, Cenveo employed more than 13,000 and operated at least 110 printing plants. Now out of bankruptcy, the company is privately-held and, according to its website, employs 6,000 and operates only slightly more than 30 facilities.

With the bankruptcy behind it, the new CEO of Cenveo (and son of the prior CEO) stated that this latest divestiture sets the stage for Cenveo to “be one of the leading manufacturers of envelope, custom labels and print related products.” It remains to be seen if Cenveo, no longer the formidable acquirer it once was, has finally found a defensible strategic position within the larger printing industry. We won’t be surprised if the company itself becomes a target as did its rival Consolidated Graphics in 2013 (See RR Donnelley buys CGX - Strategic Brilliance or Competitors' Opportunity?). Will the Cenveo brand, maybe not so iconic as its targets once were, but certainly a “player” on the field, go the way of so many others and fade into printing M&A history?

Knepper Press, a diversified commercial printing company operating out of its facility in the Pittsburgh, Pa., metro area, acquired TBN, the commercial printing affiliate of The Buffalo News, the local newspaper in Buffalo, N.Y. The transaction is not dissimilar to others over the past several years as local and regional newspapers struggle to develop a sustainable revenue model in the face of competition from the Internet. When they discover that adjacent commercial printing operations are not necessarily the path to better profits, the operation is spun out. Two years ago, another Pennsylvania printing company not too distant from Knepper, Intellicor Communications, acquired Intelligencer Printing from its parent, the publisher of The Intelligencer newspaper (See The Target Report: Legacy Printing Companies Fade Into History – April 2017).

MSP, a full-service direct mail production and marketing company, also located in the greater Pittsburgh area, announced the acquisition of David J. Thompson Mailing, a more traditional lettershop and mailing services company located several hours eastward across the state in Bloomsburg. The acquired company will be brought under the MSP brand, with plans to retain the acquired facility and employees. The transaction once again illustrates the trend that appears to be picking up steam; the consolidation of companies operating in the direct mail printing, mail processing and mailing services business.