That old hippie mood ring you’d die of embarrassment to be seen wearing now? It was the cutting edge of an important decorative technology for labels and packaging. 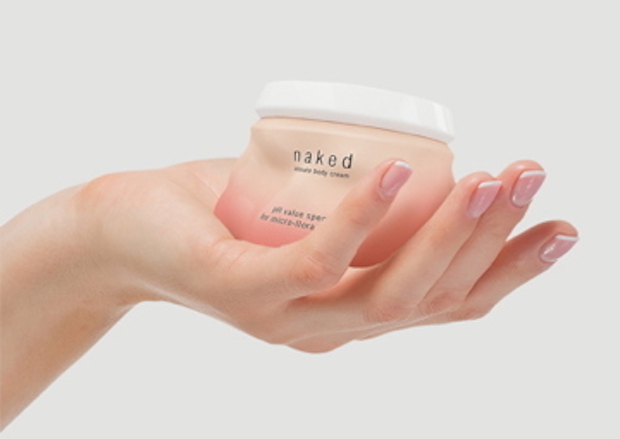 If you’re old enough to have purchased a “mood ring” when those Love-Generation era trinkets first hit the market, congratulate yourself for being a visionary early adopter of a technology that’s become a widely used special effect for packaging: thermochromic imaging. Consumers still respond warmly (pun intended) to it, and brands continue to find creative applications for it.

Thermochromic inks display color shifts when their temperatures change. The effect can be produced in two ways. Pigments made of liquid crystals undergo structural alteration when heated or cooled, causing them to reflect light (hence color) variably. More common for packaging are leuco dyes: microencapsulated droplets of colorant, developer, and solvent that are either transparent or hued, depending on their thermal state.

Thermochromic science underlay what mood jewelry was popularly believed to do. Your skin gained or lost warmth as your emotions changed; the color of the mood jewel touching your skin blushed or waned sympathetically, giving your innermost feelings away. A more credible early use for the temperature-sensitive inks was in household batteries with yellow test strips indicating heat resistance and charge remaining in the cell.

Thermochromic color shifts have become familiar sights in consumer packaging since then, especially on beverage containers. Coors led the way in 2009 with a can that said the beer was cold enough to drink when the Colorado Rockies in the artwork turned blue. Coca-Cola, Mountain Dew, and others followed suit with cold-activated thermochromic imagery printed directly onto their cans. Labels can get into the act as well, as seen in this “mysterious” innovation from Anheuser-Busch and in this promotion that Coca-Cola is rolling out in time for summer in Australia and elsewhere in the South Pacific.

The color-morphing magic isn’t limited to drinks. Pizza Hut placed thermochromic dots on the lids of its “Red Hot Pizza” boxes to guarantee piping-hotness in the delivered pie—if the dot wasn’t red when the customer received the box, there would be a discount on the next order. At the other end of the thermometer, sensitized inks can reveal whether ice cream and other frozen foods are as safely frosty as they need to be. For parents who like to warm up yogurt before they serve it to their children, this kid-friendly container makes the animals printed on it appear to wake from hibernation when the temperature is just right.

As these experiments suggest, thermochromic imaging can have an important role to play in reducing food waste and loss—a phenomenon said to cause the squandering of one-third of all the food the world produces every year. Much of it occurs because consumers make incorrect guesses about the temperatures at which they should keep packaged foods. When they do, foods go bad and have to be discarded. This report is full of examples of what thermochromic packaging can do to cut waste by promoting safer food handling and storage.

A bit less high-minded but much more seductive is this concept for using thermochromic imaging in “intimate care product packaging.” The creator, Russian designer Stas Neretin, describes the potential application best in her own words:

“Reflecting the character of its contents, the package also stands all naked before you having nothing to hide. Its tender color and soft curves resemble the naked body. Every touch makes a tube, a cup or a bottle a little confused. So as soon as you take it in your hand, it will timidly glow right where you touch it. This flirty effect is made possible by covering the package with special thermochromic paint reacting to warm hands.”

Because of its versatility and consumer appeal, thermochromic imaging should be here to stay as a brand-enhancer for packaged products. Technical improvements continue to be seen. For example, CTI, the largest manufacturer of thermochromic packaging material, recently announced that it can make all Pantone® colors available in its PowerCapsules™ technology for thermoplastics.

But, for hobbyists and aesthetes who are in the mood to explore the possibilities of thermochromic imaging, there’s no need to take a back seat to the industrial developers. You can buy the pigments at Amazon.com, and you can follow this seven-step recipe to mix up an ink batch of your own.