Franklin Printing: Committed to the Craft of Printing

Farmington, Maine-based Franklin Printing has a long history of leveraging technology to enhance the craft of printing. Most recently, the company has added an HP PageWide Web Press T250 HD, the first production web press to be installed in Maine, as part of its evolution into the future of print. 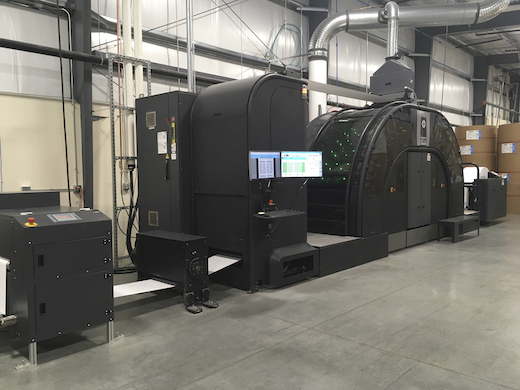 Understanding technology and utilizing it for customer success

Franklin Printing was founded in the 1960s as a newspaper publisher and printer, ultimately producing and distributing two local Maine newspapers. “The company was founded by my grandfather,” said David Nemi, the company’s Marketing and Sales Manager. “When my father and uncle took over the business in the early 1980s, they quickly determined that the newspaper business had changed and seemed stagnant. They decided to sell the newspapers and start a general commercial printing firm here in Farmington.”

Early on, Nemi explains, there was more industry in Maine. “That included a large shoe manufacturing company, for whom we did just about everything. That got us into production of high quality marketing materials and we built relationships with agencies in Boston and New York. So when the company ceased its U.S. operations in 2001, we were prepared to fulfill a niche we believed was needed in our community and beyond, and we had built a reputation as a company that was capable of the craft.”

Today, Franklin Printing serves a wide range of customers, from the small business who needs business cards to Fortune 500 companies that are distributing materials all over the world. The company operates with two Komori sheetfed printers and an HP Indigo 7900. “The Indigo is the second one we have had,” Nemi says. “We started in digital with a digital printer from another company, but soon realized that customers buying the $20,000 sheetfed offset job demanded the same quality for the $500 digitally printed job, and we found that the HP Indigo was the best solution to achieving that objective.”

The next step in the company’s evolution presented itself in 2020 when a long-time customer approached them with a new opportunity. “They were preparing to launch new products related to COVID-19 testing, including instructional manuals for both in-home tests and those being provided by medical professionals,” Nemi says. “In line with our strategy of being committed to the craft and utilizing technology to benefit our customers, we began exploring production inkjet solutions that we believed were better positioned than offset to produce these new applications.”

Franklin Printing looked at two different suppliers who, Nemi says, had different approaches to the business, and chose to work with HP. “The other supplier,” he notes, “offered different ink types for different applications, and we were concerned that we would pigeonhole ourselves depending on which ink type we chose, leaving us with less flexibility than we thought we needed. HP took a different approach. HP had the position that they couldn’t control the paper, but they could control the ink. So they developed inks that could work with just about anything, and had the R&D resources to do so. We were one of the first companies in the world to take advantage of their new HP Brilliant Ink.”

With the new HP PageWide Web Press T250 HD, the former configuration for HP PageWide presses that featured a separate inline module for laying down primer was replaced with an Optimizer print bar incorporated right into the print engine itself. We can control application of the Optimizer depending on the application and type of paper we are using.”

Nemi notes that coming from the sheetfed offset world, the company prefers to give customers a great deal of latitude in terms of their paper preferences. “This configuration allows us to print on pretty much anything,” he says. “With our COVID-19 test manual printing, we have primarily been using 40- and 80-pound offset, but we have been able to experiment with other papers as well, and I don’t believe we will have any paper issues as we expand the range of applications we produce on the T250 HD.”

Another capability Nemi enjoys is the ink estimator. “Ink is a larger component of job cost than we are used to in offset,” he says, “so it is really important to be able to accurately estimate how much ink will be required for a job and adjust accordingly. All we do is submit a PDF of the file to the RIP on the press, and in a few seconds, it returns a huge amount of data – how much overall ink of each color is required, how much ink is used for each page, and a number of other metrics. We can also enter different quantities into the calculation and make adjustments on which printing mode we want to use, in order to configure the job in the best way for us and for our customer.”

Nemi reports that during the training period, they actually flooded the paper with ink, completely covering the sheet with no white showing at all. “We ran that at full speed, 500 feet per minute,” he says, “and even the technician was surprised that we could do that. Not that that would be a normal job, but it was a good test of how robust this press is.”

Nemi also appreciated the fact that HP customized their training to allow them to get to the production of live jobs as fast as possible, in light of the amount of work already in the queue from the COVID-19 testing customer.

Three weeks into the install, Franklin Printing is now producing 25% of total production on the T250HD, with a goal of achieving a 50/50 offset/digital mix within the next year or so, through a combination of offset migration and new applications from both new and existing customers, including production of variable data applications on the inkjet press. The press is running two full shifts, and Nemi believes they will be able to add a third shift soon.

Nemi concludes, “We are really focusing on evaluating our positioning right now. We were extremely fortunate in having good relationships with companies that were less affected, or even positively affected, by the pandemic. That has given us an opportunity to grow, even during this difficult time. Our revenues actually doubled last year. Our commitment to the craft and the technology has proven that we have done the right things over time. We are really taking advantage of the opportunities we have been given, and see a bright future as we begin to expand the range of work we produce on our HP PageWide Web Press T250 HD.” 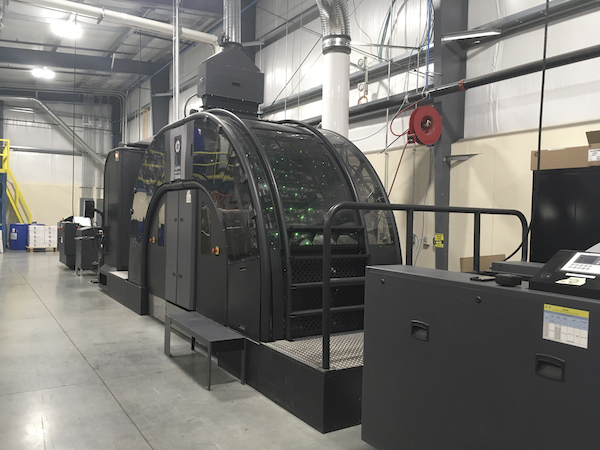