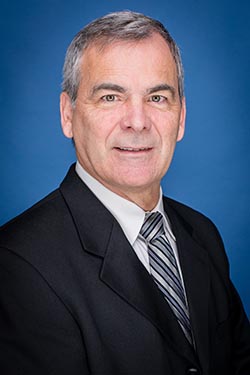 Boesch has been part of GPO’s Finance department for nearly 40 years. He joined the agency in 1979. Since then, he has been intricately involved in managing GPO’s finances, including budgeting, financial audits, accounting, and financial reporting. Positions he has held at GPO include Deputy CFO, Comptroller, Assistant Comptroller and several account analyst positions. He also worked for the U.S. Army and private accounting and data processing companies before arriving at GPO. He is a native of Baltimore, MD and is the fourth generation in his family to work in the printing and publishing industry.

“I congratulate Bill on his new position as Acting Chief Financial Officer,” said Acting GPO Deputy Director Herbert H. Jackson, Jr. “His long tenure working with GPO finances makes him a natural choice for this position. He has proven himself to be a tremendous asset to the agency, and I look forward to working with him.”

Boesch holds a B.A. in Business Administration from the University of Baltimore (UB) and has completed graduate work at both the UB and George Washington University.

GPO is the Federal Government's official, digital, secure resource for producing, procuring, cataloging, indexing, authenticating, disseminating, and preserving the official information products of the U.S. Government. The GPO is responsible for the production and distribution of information products and services for all three branches of the Federal Government, including U.S. passports for the Department of State as well as the official publications of Congress, the White House, and other Federal agencies in digital and print formats. GPO provides for permanent public access to Federal Government information at no charge through www.govinfo.gov and partnerships with approximately 1,140 libraries nationwide participating in the Federal Depository Library Program. For more information, please visit www.gpo.gov.