Ann Arbor, Mich. – Xitron, the leading independent developer of RIP and workflow products for commercial, digital, and high-speed inkjet printing has been awarded US Patent Number 10108559 for their USB interface designed to drive SCSI CTP and CTF engines. The nearly two-year process culminated in the award on October 23rd.

Initially designed to replace aging and outdated SCSI cards driving Kodak Trendsetter CTP engines, the project quickly grew to enable owners of many other SCSI-based CTP and CTF engines to continue their use. “There are literally thousands of expensive imaging engines using SCSI technology in production around the world,” said Karen Crews, president of Xitron. “The overwhelming majority of them are driven by RIPs and TIFF Catchers on older, un-protected computers that cannot be upgraded due to compatibility issues with newer operating systems. Our interface eliminates these issues, extending their useful lives and saving the owners significant replacement costs.”

While pursuing acquisition of the patent over the last two years, interfaces have been sold to customers in need of a SCSI solution in the US, Australia, New Zealand, Asia, Latin America, the UK, and the European continent. In several cases, they were successfully paired with Fujifilm XMF systems crippled by the 32-bit limitation of SCSI PCI cards.

“We’ve received several inquiries from Fujifilm customers concerned about not being able to upgrade their XMF installations to newer, faster 64-bit operating systems without purchasing a new CTP engine,” said Crews. “After a bit of testing by Fujifilm technicians, we found that the USB-SCSI interface could work with those engines, allowing Fujifilm to upgrade the workflow software and install it on powerful new 64-bit platforms. Obviously, this solution was far more economical than CTP replacement. 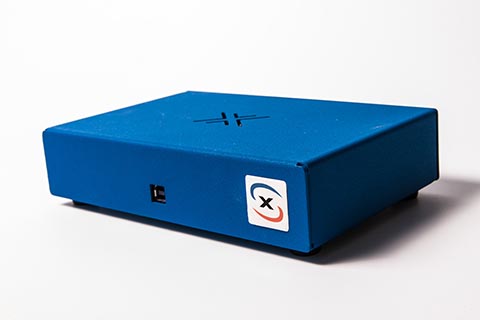