In what has become a good tradition, HP Indigo hosted its annual Global VIP event in Tel Aviv, Israel, from February 11–14, 2019. The HP Indigo Global VIP event provides an opportunity for customers, prospects, and partners to meet with the experts and speak with developers, attend in-depth sessions that highlight the latest technologies and market trends, and broaden their horizons. This year’s event drew over 650 visitors to HP Indigo’s headquarters, production, and Research & Development sites to learn about the company’s latest offerings. The event highlighted the latest devices in HP’s digital press lineup and also discussed business opportunities for growing applications. HP executives provided an overview of the company’s product portfolio, customers shared their success stories, and a number of presses were set up at the event to offer hands-on experiences.

During the event, HP announced that it had reached a milestone—1,000 HP Indigo B2 Series 4 presses have been sold since the product line’s introduction at drupa 2012. This lineup includes the Indigo Press 10000, 12000, and 50000 (commercial versions) as well as the 20000 and 30000 devices (primarily used for packaging). These devices have been installed in a total of 65 countries to date, and about 110 users currently have multiple devices. Although the various press models in this product portfolio are typically targeted toward specific product segments (i.e., commercial or label & packaging print), this year’s HP Indigo Global VIP Event stressed an increasing overlap across applications. For example, an Indigo 12000 was shown handling light packaging applications at the event. This may be of particular interest to users that produce a wide variety of applications or occasionally require two-sided print or HD imaging. Meanwhile, the webfed HP Indigo 20000 was shown in the commercial section as well, producing posters, banners, and wallpaper. For applications like these, the 20000 can be equipped with a commercial DFE and sheeter/stacker. This would also enable the production of B1-sized prints, but only in simplex mode. Should duplex B1 prints be required, though, the press does offer a manual reinsertion capability.

With all of the available HP Indigo presses now being capable of printing up to seven colors, the ElectroInk options beyond standard CMYK have become an increasing cornerstone of HP Indigo’s market strategy. Depending on the type of press, up to a dozen of specialty ElectroInks are available at this time, and new additions are announced on a regular basis.

This year’s VIP event saw the introduction of HP Indigo’s Easy Release ElectroInk, which forms the basis for scratch cards. The ink itself is colorless and allows for color images to be printed under the release layer. These digitally printed release layers represent a global market first, and they open up a number of interesting opportunities for added value. Digital printing technology was already being used for the variable content beneath the scratch-off layer, but there are now more options for producing full color digitally printed content underneath and over the scratch-off image. The ElectroInk offering is currently in the testing phase among several pilot customers for the 7000 Series of presses. In addition, some of the testers are already incorporating the capabilities within their campaigns. The offering is expected to become fully available within the next few months. 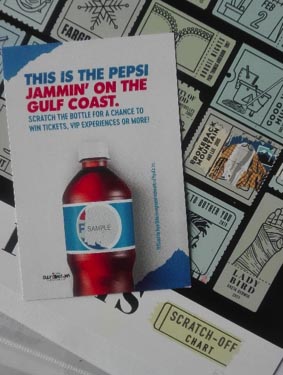 Although metallic, invisible security, and high-opacity white ElectroInk offerings are only publicly available on packaging presses at this time, these same options have recently been made available to beta testers in the commercial printing market. HP Indigo also provided a preview of its iridescent and thermochromic ElectroInk offerings during its VIP event. Thermochromic ElectroInk changes color based on temperature—during the event, a portion of a beer label was shown to turn blue when immersed in ice water. Color and switching temperatures can vary, and Keypoint Intelligence – InfoTrends believes that this technology would prove useful for many types of label and packaging applications. 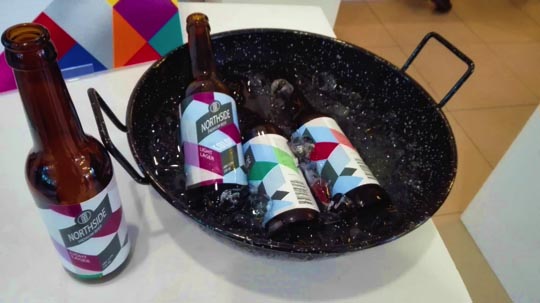 PrintOS has formed the backbone of HP’s production offerings for some time, but this year’s event expanded on the features of the workflow tools as well. HP has made improvements to the tools for color control, inventory tracking, variable pattern printing, and cost accounting. At the same time, however, the most important component might be the least tangible for now. This is not all about the press—the real issue is efficiency in workflow and press care.

HP launched PrintOS Marketplace in 2018 to serve as a vital component of the PrintOS ecosystem. As an App-shop, it can be used to distribute, try out, and purchase modules and extensions to PrintOS, with the added benefit that the software does not need to be downloaded; it only needs to be made accessible via the cloud to a user. HP and its partners typically develop and post the available tools, but the 2019 VIP Event marked a crucial extension as HP press users were permitted to post projects, designs, or print applications and also charge for their successful ideas. Service providers concerned about facing competition at their doorstep can limit access to certain regions. Although the fees that can be achieved by users that post print concepts will generally be modest, HP understands that the real value comes from inspiring other users with new, innovative print ideas. All users can take advantage of these ideas to become more profitable and drive more volume, and this in the end benefits HP the most. At this time, this is only a platform and a promise that needs to be brought to life by the users. PrintOS Marketplace is in beta testing with 150 customers in trial. InfoTrends hopes that the concept of collaborating ideas to benefit all print stakeholders will take off.

The 2019 HP Indigo Global VIP Event did not usher in any breakthrough announcements on HP Indigo products and related servives; we will need to wait until drupa 2020 for those. At the same time, however, the event did highlight the company’s continual progress in honing its product portfolio, ElectroInks, software, and services to improve user efficiency and expand its range of offerings. The event also served to inspire users and bring new concepts to the user community. By opening PrintOS Marketplace to user ideas, HP has created a perpetual forum for idea distribution that will make it possible for users to explore new, more profitable applications. This will help HP’s loyal user community to grow further in today’s competitive market.

As Director of Keypoint intelligence – InfoTrends’ On Demand Printing & Publishing Consulting Service, Ralf Schlözer is responsible for all service related publications and research on a global basis. He handles market trend analysis and forecasting; event- or client-driven research projects; and creating presentations, newsletters, and analysis reports. Mr. Schlözer has over 20 years of experience in the Graphic Arts and Graphic System Manufacturing industries. He is the author of several conference papers, trade press articles, and presentations.