On February 1, Ford Bowers took the reins as president and CEO of SGIA, succeeding Michael Robertson after nearly 33 years of service. In Part 1 of this two-part interview, we talk with Ford Bowers about his history with Miller Zell, his plans for SGIA, the role of the trade association in today’s landscape. 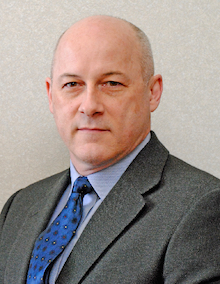 On February 1, Ford Bowers took the reins as president and CEO of SGIA, succeeding Michael Robertson after nearly 33 years of service. Bowers comes to the association after nine years at Miller Zell, one of the preeminent designers and developers of retail environments. In Part 1 of this two-part interview, we talk with Ford about his history with Miller Zell, his plans for SGIA, the role of the trade association in today’s landscape.

WhatTheyThink: You came to SGIA after nine years at Miller Zell. Tell us a little about your background and experience there.

Ford Bowers: I started as project manager in 2006, and was new to the industry in general. I just happened to have some operations and project management background. A couple of years into my tenure, I got the opportunity to run the graphics center doing graphic production. Miller Zell is a fairly large company and it’s got a lot of moving parts and pieces, and the production element was a challenge, but it was exciting. It was known that changes would have to be made, and I’m pretty good with changes. They were principally analog when I got there; they had no digital wide-format equipment, so the first task was to bolster older technologies and then start to acquire some of the newer technologies and make the transition to what was really a digital printer with screen capabilities.

WTT: You said back in November, “SGIA membership has played an important role in developing the strategies and solutions that keep Miller Zell at the forefront of print services for our clients.” What were some of the ways that SGIA membership helped you and Miller Zell?

FB: It’s difficult to say what the one thing was. It was kind of a collection of things. A few months after I became general manger of the graphics division, I was invited to go to Texas to see some new equipment being unveiled. I happened to sit down at a table and this gentleman across the table introduced himself as Mike Robertson. He invited me to engage immediately in SGIA, and eventually by the next year I ended up working on one or two of their committees. It was really through being involved in an industry-wide look at was going on that I was able to validate and refine my understanding of what was going on in the marketplace, how we needed to position Miller Zell, and what some of the struggles in changing from analog to digital I could look forward to dealing with, particularly since I was so new to the industry. I was new, and things were changing, so it was kind of a compounded set of complexities for me.

So being able to step into this world, where many people were going—and had been—through the process, really allowed me to calibrate a really good pathway for Miller Zell. There were discussions about the industry, the trends and the shifts, and it allowed me to be able to make the transition [to digital], to continue to improve service, to reduce costs and overhead—just a wealth of different things. That was the principal thing. There is also a lot of support that they offer. If I needed to create a new position or refine a job description for a new position I would go to the SGIA website. I was interested in sustainability before I started at Miller Zell, and sustainability has been high on the priority list of SGIA, so Miller Zell attained SGP certification five years ago. All of these things really resonated.

WTT: What would you say is the role of the trade association in today’s printing landscape?

FB: It’s one thing to join an association, but it’s entirely different to belong to one, to feel, a sense of belonging, to be engaged in that association. I felt like I was engaged early on and given opportunities for myself to become engaged. I think that’s part of what associations in general—not just this one, but any association—have to figure out how to do. I pay dues, and then I get some value for that on the one hand, but then beyond that there’s the sense of belonging, the sense of community, the sense that I am contributing to something larger than myself. That is also going to play a bigger part in what associations do, especially for the SGIA.

WTT: Obviously, you’ve only been on the job for a couple of weeks, but what would you say is your number one short-term goal and perhaps number one long-term goal for SGIA?

FB: [laughs] I’m getting used to the difference between short- and long-term. In the printing world, “short-term” is about 24 to 48 hours, but in the association world short-term is about 18 months. If we want to make changes to something now, it takes many many months to do that. We’re planning Expos in the early 2020s now, so short-term takes on a different meaning. Any time an association or organization gets new leadership, it’s the perfect time to take stock, to reassess, and take a deep breath. To ask, where have we come from, what have we done well, what do we need to improve upon, and what do we need to stop doing? This is going to take some time because I have to talk to a lot of people—suppliers, exhibitors, members. We serve a lot of different segments of the marketplace: there are industrial applications and printed electronics, there are installers, there are garment printers, there are graphics printers, and all of these segments have different needs and different prisms through which they view what we do. Right now, it’s understanding perceptions, needs, and desires, and figuring out if we’re talking about one community or multiple communities. Then it’s figuring out how do we support them, how do we create paths of engagement for each of them, and then how do we create the value for that membership. That process could take the better part of a year.

WTT: As you said, specialty graphics has come to comprise so many disparate technologies, applications, and segments. How does an organization like SGIA serve as a resource to all of these members?

FB: We create a lot of value for each of the segments at SGIA, and there’s a lot of information relevant to each of these segments. It’s really about providing that value in a way that makes sense. We have the SGIA Journal—actually, now we have two journals, we split out the garment side from the graphics side. We have an overarching website, and there’s a lot of information on it, so how do we organize and deliver it in a way that is more community-oriented than lumped all together. We also have the SGIA Expo, which is a huge place where all of these segments come together. These segments aren’t defined in a consistent way—by that, I mean some people define their segment by the technology they use, some define it by the products they produce, and some define it by the industries they serve, so it just depends on who you talk to how they define themselves. It is a struggle to figure out if we’re serving everyone adequately. We can’t serve them all equally, as there are larger segments and smaller segments. The process may include extending the work of the committees to help guide us in the right direction for each of these communities.

In Part 2 of this interview, we will talk with Ford Bowers about the SGIA Expo, as well as the overall challenges facing the wide-format and specialty graphics industry.