I have a confession to make. I’m not a Funnelist. I don’t worship at the altar of Funnelism. Never have. It's deadly. Ben Chestnut (founder of MailChimp) was right when he compared the “marketing funnel” to a meat grinder. 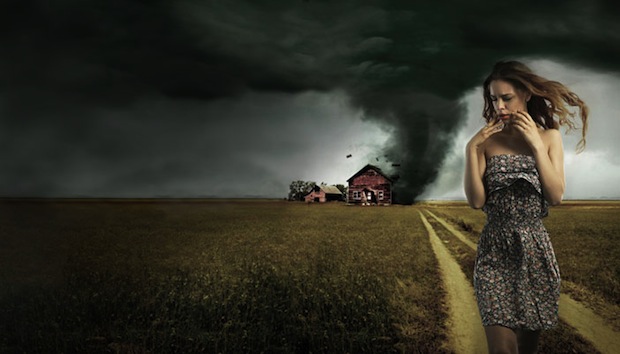 I have a confession to make. I’m not a Funnelist. I don’t worship at the altar of Funnelism. Never have. It's deadly. Ben Chestnut (founder of MailChimp) was right when he compared the “marketing funnel” to a meat grinder. The funnel theory goes something like this:
Believe that a sales or marketing funnel exists, and that it accurately describes how customer relationships are created.

1 - Trigger traffic and measure It. Drive digital and measurable traffic at all costs, even if you resort to cat memes, epic fail videos, recipes, life hacks, Paris Hilton, or meaningless listicles. Don’t worry about promises of valuable content that you never deliver. Do it even if you cannot create enough great content. Keeping promises doesn’t matter. Implying tempting promises, inferring value to trigger traffic is all that matters. Click-baiting is fair game. Just trigger and capture identifiable traffic.

2 - Carpet-bomb them with relentless messaging. Marketing automation is really good at this when ill-used. At the first hint of permission (the slightest casual interest) wage the most relentless campaign since the London Blitz. This is the digital equivalent of a legacy salesperson doing the old “show up and throw up.” Tell them anything and everything because you don’t know what might trigger a response. This isn't a drip campaign. It's 40 days and 40 nights of deluge.

3 - Suck them in with an unsustainable “loss leader.” Get them to engage in even the smallest transaction so that you can claim them as a “customer.” (Can you say “free business cards?”) In some cases, this is the “Freemium” strategy pushed over the line to the “Barely Monetized” hopper. Measure the number of new customers captured. But don’t bother tracking the revenue. Even if the revenue is measureable it will never become profitable, much less material. Ever.

4 - Socialize them everywhere possible. Publicize their likes or signups or purchases relentlessly to everyone with whom they are connected, every group in which they participate. If you are clever enough, leverage terms-of-use to use their miniscule patronage both to justify implied endorsements and to contact everyone with whom they appear to be connected. Turn them into involuntary spokespeople for your product or service by republishing their comments, reviews, and likes as endorsements. And, of course, track, measure, and report on all those claimed endorsements.

5 - Pull in their friends and colleagues. The only time this is legitimate is if you offer real value. Dropbox does this by rewarding subscribers with more free storage space for each new subscriber who joins to get to something the first subscriber wants to share. But there are darker, uglier versions of this too. Some of them are nearly as vile as chain letters. Create a penalty for failing to provide the next round of victims whose names will enable you to start the cycle over again. Lather, rinse, repeat.

6 - Assign them to a salesperson as qualified and warm leads. Shelly Levene said it best in Glengarry Glen Ross: “The leads are weak.” In his case, he was right. In too many cases, the “leads” yielded when marketing automation is bolted onto B2B business development are weak rather than qualified or warm. The problem is the inability to get any sense of either need or intent to purchase.

Please forgive the hyperbole, but this is important. The motive justifying that sort of near-insanity is that everything simply must be measurable. Unfortunately, Funnelism tends to be unsustainable, short-term, and transaction driven. That’s because, let’s face it, transactions are measurable whether they be financial, information or communication transactions. You can track and report them, whether they are meaningful or not. So the focus locks onto transaction measurement at the exclusion of everything else.

It’s unfortunate that the Funnelists have largely co-opted marketing automation as their exclusive domain. Marketing automation platforms offer the promise of measurable results for marketing expense. But it’s unusual when those promised results are financial returns. Implementing marketing automation well (whether Eloqua's, Hubspot's, Marketo's, or anyone else's) demands much more than merely good technology. It also demands clear objectives and tons of great content. Most importantly, it needs to be embedded seamlessly into a business development process. Otherwise it’s an expensive and time-consuming dead-end.

There is no irresistible power that will force customers mindlessly down through a funnel if you’re marketing B2B products and services that require a skillful salesperson. None. Curiosity or intrigue won’t. An elaborate snipe hunt is easy for most businesspeople to sense and avoid. If the product or service is complex enough or high-value enough, if the customer’s circumstances and needs must be understood and a customization is vital, then there simply is no funnel because there’s no force that can pull or push the prospective customer through it.

A much better metaphor: Effective social selling shakes its head at Funnelism and turns its attention to the meaningful and powerful rather than merely the easily measurable. The objective is authentic and appropriate customer relationships that can last and grow. So we need a better metaphor. Some have suggested turning the funnel upside down. That’s fine, but a little clumsy. I’ll suggest an alternative: sphere of influence.

Picture it as a molecule or a solar system with the salesperson or her company at the center. Smart companies will position themselves here. Those less smart will leave this to their salespeople. In either case there’s a force at work and it is attraction. Call it magnetism if you’d like. But picture the salesperson or her company at the center and offering enough value to earn influence. We’re talking about being valuable enough to be winsome, and valuable to more than simply your current, active customers.
Two concentric spheres surround that salesperson. The inner one includes those who have been drawn in far enough to become active customers. The outer sphere is those friends, colleagues, and potential customers who are paying attention and being influenced by that company or salesperson. And they are interacting with each other, not just with the salesperson or her company. That’s why social selling is so incredibly powerful. It happily recognizes that customers, potential customers, colleagues, and friends are all interacting, and they are all influencing each other. So the central work of social selling becomes the creation of that magnetic alignment, that powerful and valuable energy that prompts all those people to willingly and happily engage.

Processes and Metrics But all of this does not mean that effective social selling resists good metrics or strong processes. Quite the contrary. Social selling requires both a platform and the discipline to use it constantly and effectively. And those constant actions are, in fact, measurable. What social selling does resist is the belief that some sort of automated marketing funnel can deliver a steady flow of warm and qualified leads to the salesperson which require minimal cultivation before “conversion”, the Funnelist's ultimate, measurable goal. In consumer and online retail marketing where no salesperson is necessary or appropriate, that’s might be possible, but I don't claim consumer marketing expertise and cannot say.

Here’s a radical suggestion: Perhaps it is the selling process that needs the much better metrics. Marketing activity is easy to measure. Trigger points are easy to identify and track. But measuring a business development process is much more demanding.
Measuring business development progress means tracking the milestones being passed as a customer relationship develops. And what companies screw up most often is choosing what to measure. News Flash: measuring the activity of salespeople won’t yield the best set of tracking metrics. Measuring customer actions is much more valuable. What tangible action has the customer taken? What has the customer agreed to do in concert with the salesperson? Are there mutual and reciprocal actions being taken?

When designing a business development process, the trigger points must be specific actions taken by the customer, including agreements for next steps. So in addition to starting with the consideration and decision process you see in use most often, a business development process must also identify those observable actions taken by the customer that signal they are moving from stage to stage, step to step. And those you can track and measure. In fact a whole host of different measurements are possible once you begin to watch for those customer actions.

Meanwhile, effective B2B salespeople have long built networks around themselves. Social selling simply admits that no alternative is effective any longer. It then leverages the technology, networks and media that weren’t available until the last decade. It’s too bad that legacy models like the funnel didn’t disappear at the same time. For high-value B2B business relationships, the funnel should have vanished with “the world is flat.” Unfortunately there are still some who see things through the worldview of Glengarry Glen Ross:

Williamson: The leads are coming!

Shelley Levene: Get 'em to me!