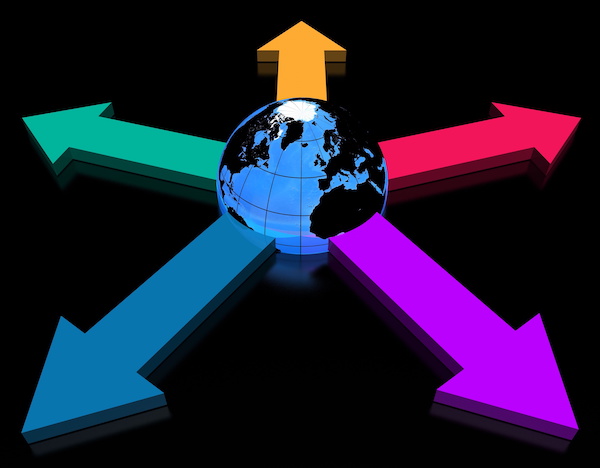 There has been no pause, not even a brief breather, in the steam roller-like consolidation of the packaging-related printing businesses. The driving imperative is to consolidate production both horizontally to build out a global network to service global brands, as well as vertically to link supply chains to ensure material availability.

Clayton, Dubilier & Rice, one of the oldest private equity investment firms and a true pioneer in leveraged buyouts, announced the simultaneous purchase of Fort Dearborn and Multi-Color Corporation. The deal joins two of the most active consolidators of the label manufacturing segment, before the ink is even dry on their own respective acquisitions.

Fort Dearborn, backed since 2016 by Advent International, just completed the acquisition of Hammer Packaging in March. The Hammer Packaging deal brought production capabilities in cut & stack, in-mold, pressure sensitive, rollfed and shrink-sleeve labels and flexible packaging to Fort Dearborn. The transaction was significant in size for Fort Dearborn, it added 450 employees and two plants to the company’s existing 19 operations in North America.

Multi-Color Corporation, acquired by Platinum Equity in 2019, expanded its international reach, also in March 2021, with the acquisition of Herrods, a manufacturer of in-mold labels down under in Melbourne, Australia. Multi-Color brings a true global footprint to the new combined platform, with label plants in the US, Argentina, Australia, Belgium, Canada, Chile, China, France, Germany, Indonesia, Ireland, Italy, Kenya, Malaysia, Mexico, New Zealand, Philippines, Poland, Romania, South Africa, Spain, Switzerland, Tanzania, Thailand, United Kingdom, and Vietnam. The only continent missing is Antarctica. This global network is the result of a decade of acquisitions, a veritable roll-up of roll-ups (see The Target Report: Platinum Equity Likes Print – February 2019).

The dealmakers at ProAmpac do not rest. ProAmpac, traditionally focused on consolidating the flexible packaging segment, has completed no less than seven acquisitions this year, in addition to the eight bolt-ons announced since being acquired by Pritzker Partners in 2016. Three of those deals were announced all within the past month. In addition to broadening its product line to include bags and pouches, ProAmpac has expanded vertically into its supply chain, most recently acquiring APC Paper Group in Claremont, New Hampshire. The acquired company manufactures 100% recycled kraft grade paper products, a key component in the recently acquired bag manufacturing companies (see The Target Report: Bags, Pouches, Trays & Bowls – December 2020). Earlier this year, ProAmpac completed a pair of acquisitions also vertically down into its supply chain, purchasing IG Industries and Brayford Plastics, both UK-based manufacturers of plastic films used in the production of bags and flexible packaging applications. After completing its latest flurry of deal activity, ProAmpac is approaching 50 sites globally, with nearly 5,800 employees in 90 countries.

Resource Label Group changed hands in July, trading out long-term PE supporter First Atlantic Capital for fresh investment from Ares Management, the formerly private, but now publicly traded buyout firm. Consistent with the non-stop rhythm of dealmaking in the packaging segments, Resource Label itself just completed the acquisition of Cypress Multigraphics, a label and nameplate company based in Tinley Park, Illinois. We expect that Ares Management is already eyeing up future acquisitions to continue building onto the Resource Label platform.

H.I.G. Capital is now in the label and flexible packaging business and is not wasting time. The Miami-based private equity behemoth, which has multiple investments across several print-centric business segments, entered the packaging mix in January 2021, mashing together two Southern California companies to form its new packaging platform, Signature Action Packaging (aka SAG). H.I.G. announced that SAG has purchased Chromatic Productions, a label and flexible packaging manufacturer, located in Irvine, California. It’s a start, and we expect more from SAG.

Japan’s largest printing company, Toppan, set forth in its most recent strategic plan that it would be accelerating a global expansion into the packaging business and establishing local production facilities. To that end, Toppan announced the acquisition of InterFlex Group, a manufacturer of films and pouches based in Wilkesboro, North Carolina. We can’t help being reminded of Canadian giant printing company TC Transcontinental’s strategic plan announced in 2014 to transition from primarily a publishing and publication printing company to focus on flexible packaging. TC Transcontinental began its makeover with a few modest deals and methodically pursued its strategic plan and eventually accomplished its goal with the 2018 purchase of Coveris Americas. TC Transcontinental is now a transformed company with a majority of its revenue derived from packaging products. With the red-hot market for labels and flexible packaging companies, Toppan is late to the game.

Modern Litho, based in Jefferson City, Missouri, has acquired the commercial business of Watkins Lithographic in North Kansas City, Missouri. Modern had an existing Kansas City location based on a previous acquisition and had been seeking an opportunity to expand. Structured as a reverse tuck-in, Modern will be moving its Kansas City operation into the Watkins plant. Watkins has retained its flexo operations at a new location.

NFI, an industrial and label printing company based in New Bedford, Massachusetts, acquired PPS in Olathe, Kansas.† The acquired company specializes in custom printed industrial printed electronics, membrane switches, graphic overlays, labels, and specialty decals. Originally a US sales office for a UK-based company, Nameplates for Industry, NFI grew into an independent manufacturer with two plants in Massachusetts. This is NFI’s third acquisition, its first in the Midwest.

* Graphic Arts Advisors, publisher of The Target Report, served as exclusive advisors to Mt. Royal Printing in these transactions.

† Graphic Arts Advisors, publisher of The Target Report, served as exclusive advisors to PPS in this transaction. 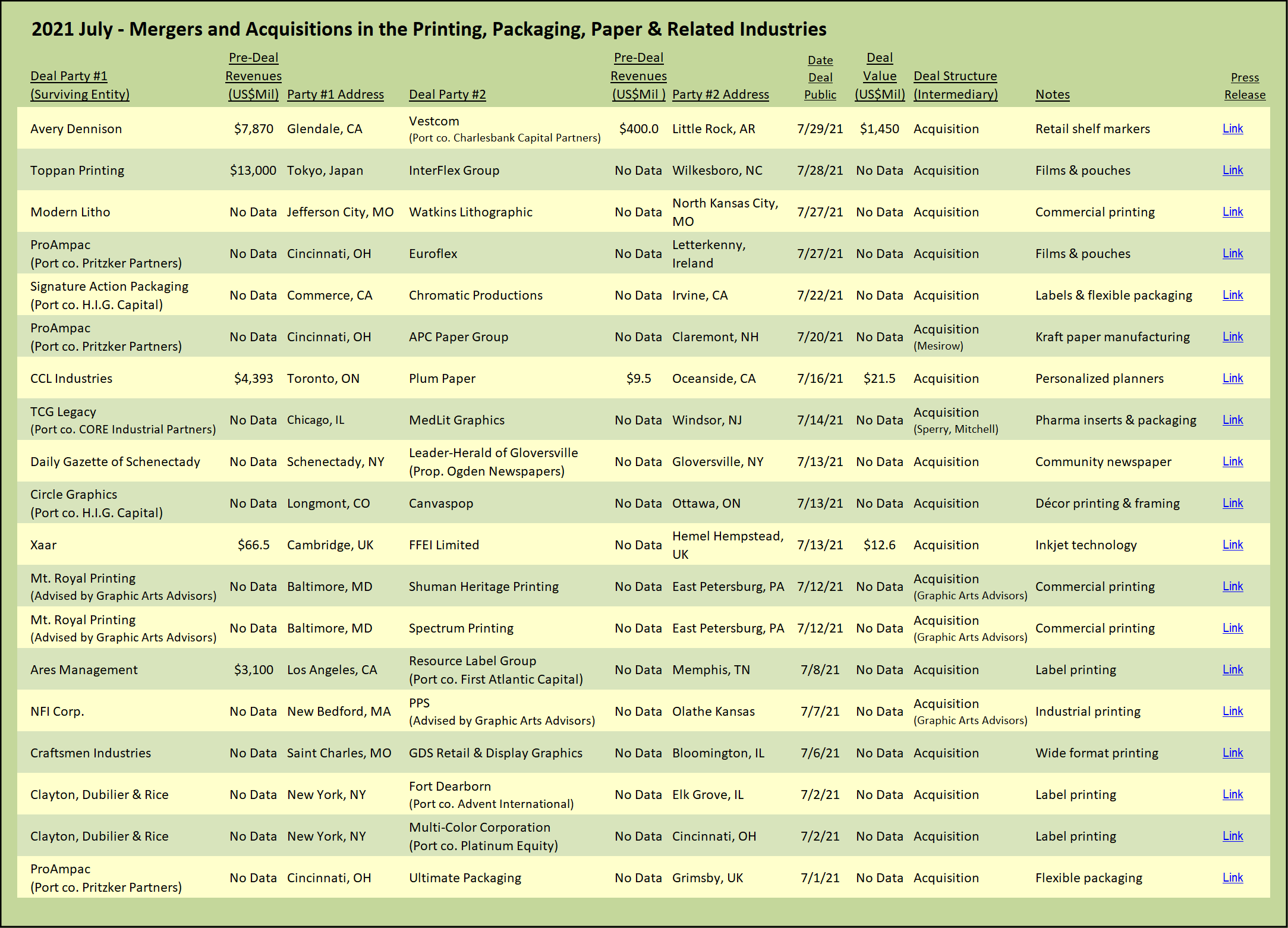