According to County Business Patterns, in 2010, US establishments in NAICS 32311 had an annual payroll of $18.8 billion. Payrolls dipped during and in the aftermath of the Great Recession and then rose, at least on a current dollar basis, over the latter half of the decade, coming in at $19.6 billion in 2019. However adjusting for inflation, payrolls declined by -11% over the course of the decade. In macro news: GDP decreased by 1.4% in Q1 2022. 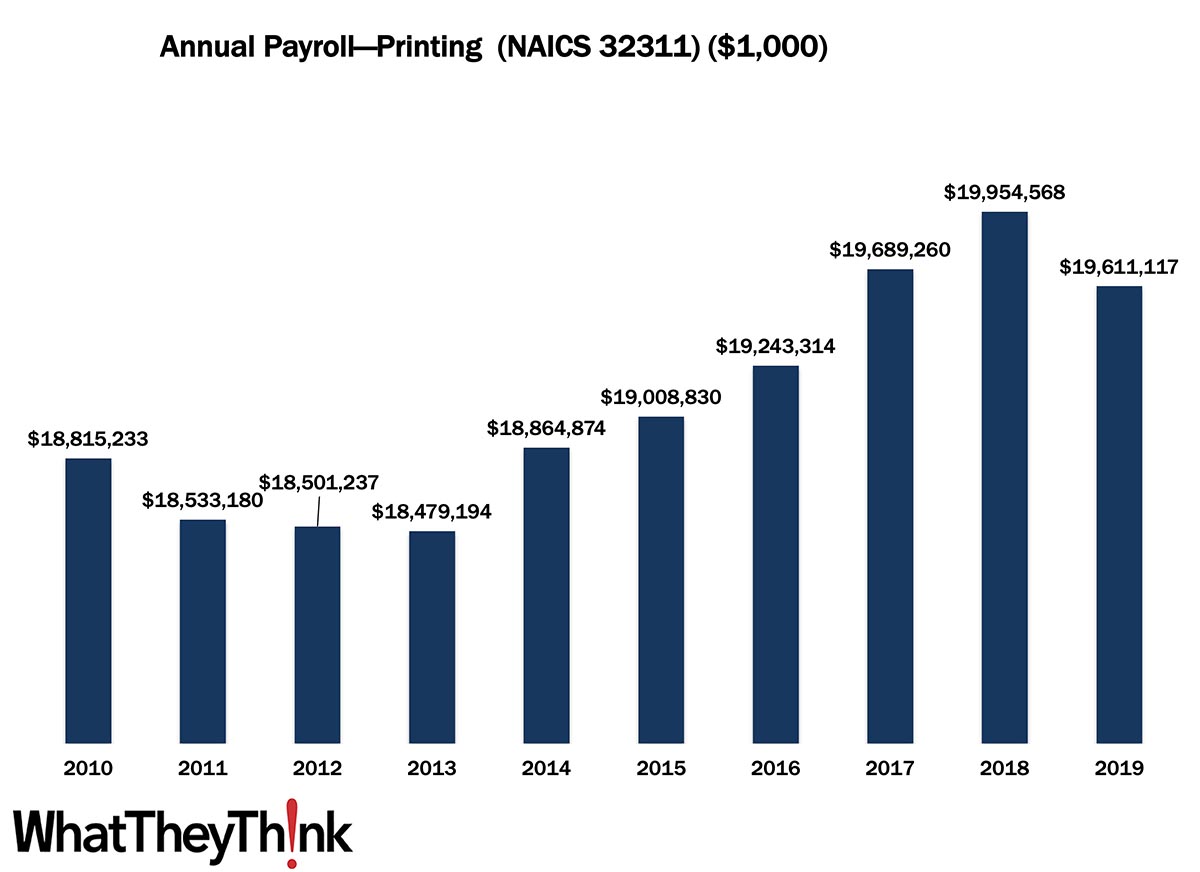 Last time, we looked at NAICS 323 (Printing and related support activities), and this week, we drill a bit deeper to look at NAICS 32311 (Printing), which backs out “support activities” (prepress and postpress). In 2010, US establishments in NAICS 32311 had an annual payroll of $18.8 billion. Payrolls dipped during and in the aftermath of the Great Recession, but rose, at least on a current dollar basis, over the latter half of the decade, coming in at $19.6 billion in 2019. Note that County Business Patterns payroll data are reported in current, not inflation-adjusted, dollars. If we were to adjust for inflation, 2010 payroll would be equivalent to $21.9 billion in 2019, so we are essentially looking at an overall decline of -11% in payroll over the course of the decade. Now, this is not just due to inflation—employment and establishments had also declined by 13% and 15%, respectively, over that same time period.

At least in the time period we are looking at here, the decline in industry employment is due to a number of factors. Industry consolidation and the fallout from the Great Recession, especially in the early part of the decade, played a large part and while the hot topic today is the scarcity of finding employees, that had been the case even pre-pandemic. So these declines in employees and thus payroll are to an extent due to retirement and workers otherwise exiting the industry without a ready pool of next-generation employees waiting to be hired—a situation only magnified in 2022.

Expectations for Q1 2022 GDP growth had not been especially high, but no one expected a decline. Said the BEA yesterday:

Real gross domestic product (GDP) decreased at an annual rate of 1.4 percent in the first quarter of 2022, according to the "advance" estimate released by the Bureau of Economic Analysis. In the fourth quarter, real GDP increased 6.9 percent. 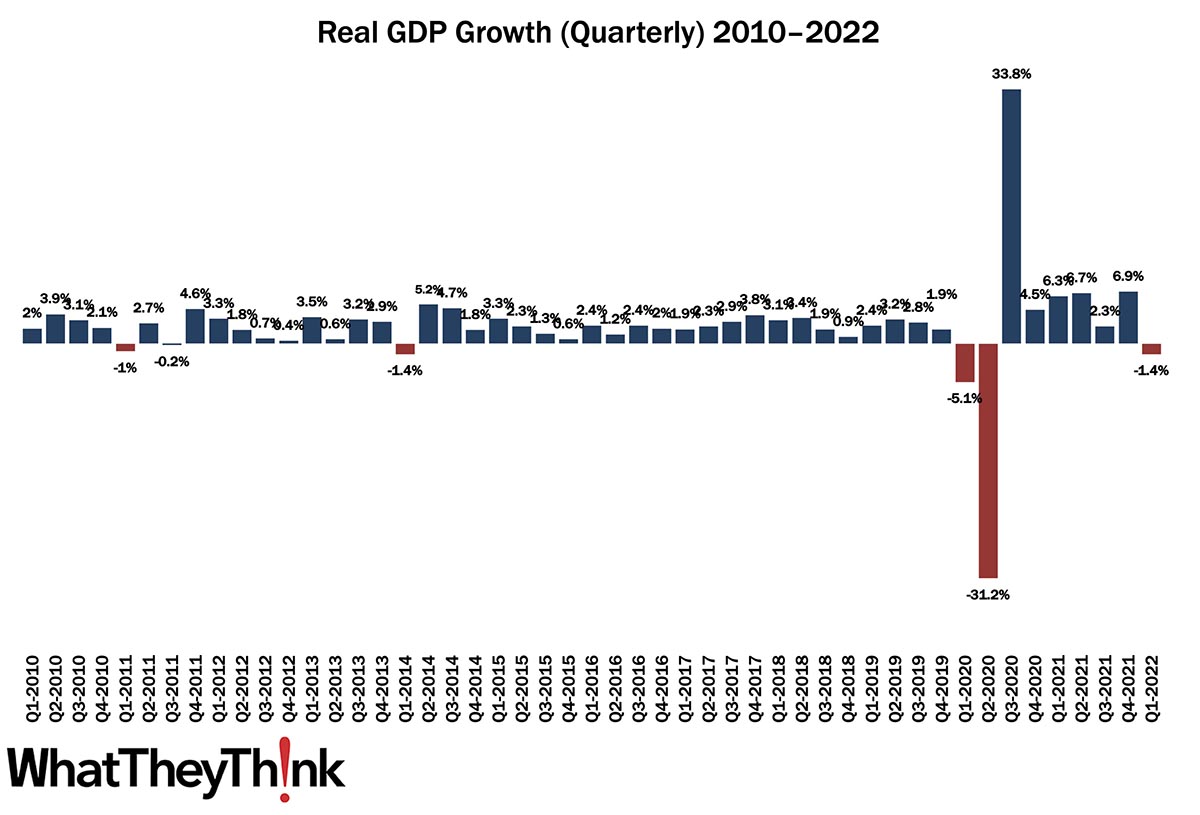 As the BEA said, the decline was mostly due to slower growth in inventories, as there had been a surge at the end of 2021 to stave off “supply chain” disruptions, as well as international trade. Exports were down due in part to the Ukraine war, while imports were up as, again, US businesses spent heavily on imports to stave off “supply chain” disruptions. (We saw a record high trade deficit in March.). And lower government spending also slowed growth. On the plus side, consumer spending grew +0.7% and business investment was strong.