The printing industry in Greece remained relatively stable in recent years and even showed slight growth. Yet there is no doubt that the COVID-19 pandemic did impact the printing industry (like other industry sectors) heavily as well. Still, it is difficult to quantify the impact as the most recent revenue data Eurostat publishes still dates from 2018 only. As a more timely series, Eurostat publishes a production index for printing and recorded media, which gives an indication on how production volumes developed based on 2015 averages. The most recent data point for Greece dates from July 2021.

During the height of the COVID-19 crisis in April 2020, the production volume index dropped to 95% of the 2015 production average. As volumes were already up in 2019 compared to 2015, the drop amounts to 8% below the pre-coronavirus average. In contrast, the EU output (which excludes the UK production) dropped by 31% compared to the pre-pandemic average, which indicates that the printing industry in Greece only experienced a slight decline

The small decline during the pandemic has to be seen in the light of heavy declines from 2009 to 2013 and the slow recovery since. The upward trend resulted in growth up to 2019, but still at levels below the revenues and production volumes reached before. After the low point in production volumes due to the pandemic in April 2020, the market turned around quickly. Although after a strong June, production volumes fell again, the end of the year made up for the losses. Overall, 2020 showed higher production volumes than 2019. The increase continued in 2021 with average data for the first half of the year being higher again than 2020, despite some monthly fluctuations.

Taking into account the decline and recovery the 2020 print industry production is up by about 3% compared to 2019. Assuming a slight increase in prices the revenue growth for 2020 over 2019 could be in the 3 to 4% range. 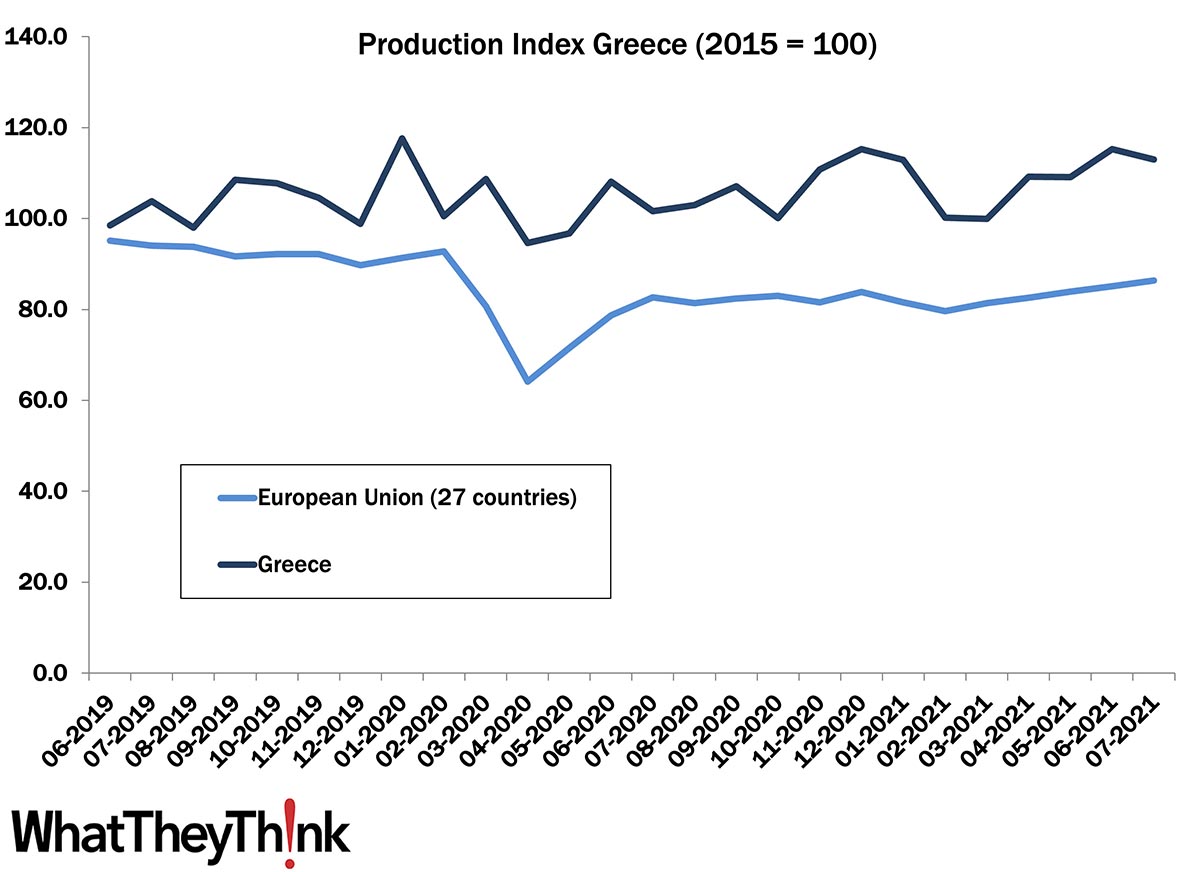 The revenue in printing and related services reached about €570 million in 2018 in Greece, which is slightly up compared to 2017. Before that, the printing industry had some severe revenue declines, but showed a slight upward trend in recent years. The financial crisis and euro crisis did hit hard and revenues of €875 million in 2009 fell to a low of €516 million in 2013. Revenues recovered since to some extent.

On average, revenues dropped 5.4% per year since 2009, which is down to the steep drop during the euro crisis. From the low point in 2013 revenues grew on average by 2% per year, however.

With 2019 and 2020 production volumes up it is likely that the upwards trend in revenues continues, despite the drop during the pandemic. Even in 2021, a further increase is likely. 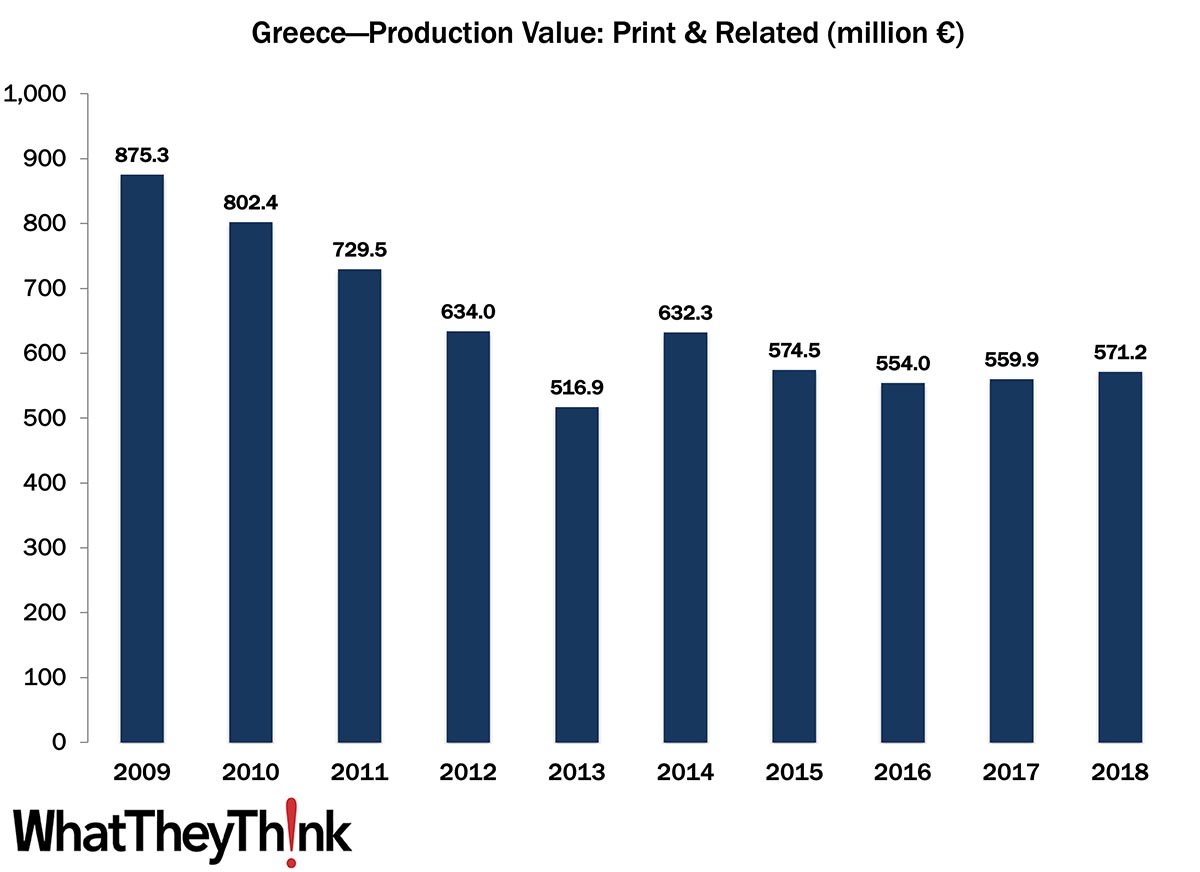