In 2010, there were 7,794 US newspaper publishing establishments; by 2017, that number had dropped to 7,222. The newspaper industry’s woes have been well-documented, but the trouble started well before the Internet era. Also: Q1 GDP revised down. 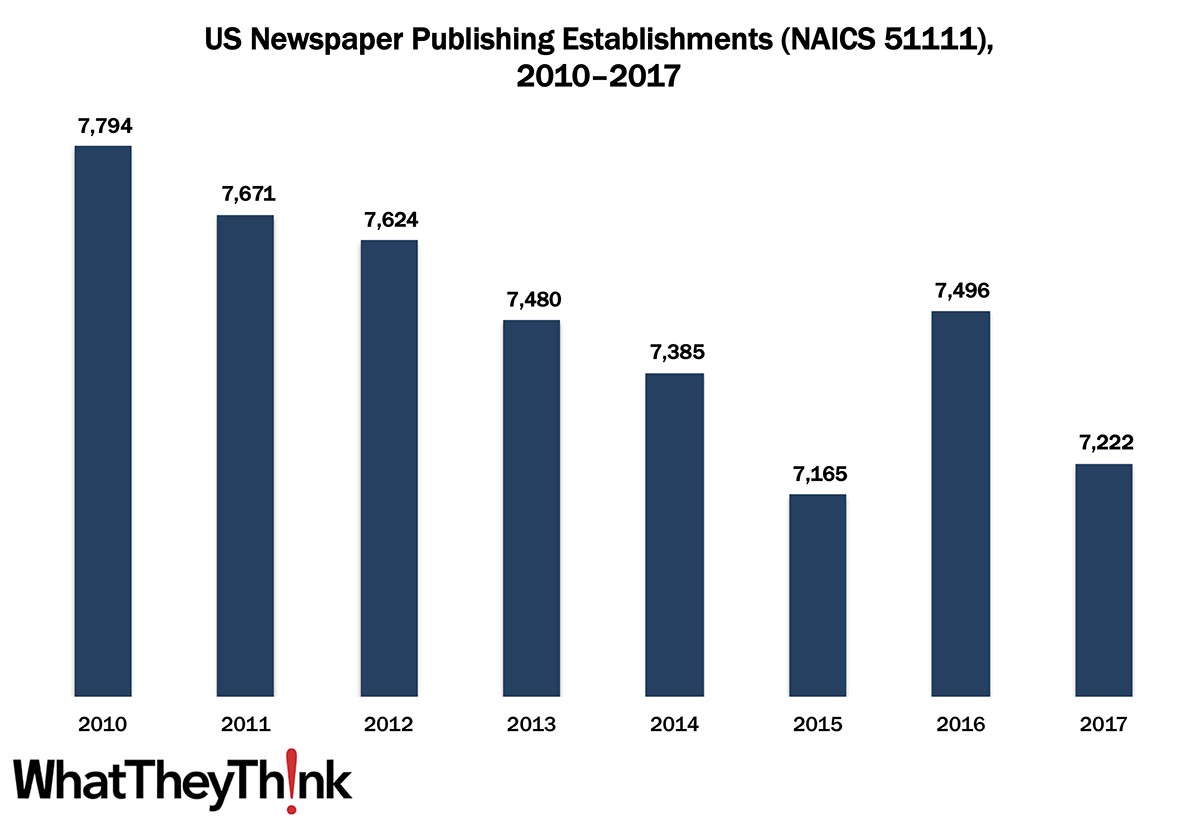 In 2010, there were 7,794 establishments in Newspaper Publishing (NAICS 51111); by 2017, that number had dropped to 7,222. It’s tempting to blame the Internet on the decline of newspaper circulation, but that really only hastened a trend that started with the advent of television (and the nightly news) and then by the advent of 24-hour cable news. At the same time, there has been tremendous consolidation among newspaper publishers, with one company owning many local papers, and even centralizing editorial and production facilities. As Frank Romano pointed out in a recent video, the hardest hit have been small, local papers, which has serious consequences for local journalism.

We also want to mention that, yesterday, the Bureau of Economic Analysis released revised GDP figures—Q1 2020 decreased at an annual rate of -5.0%, revised down from-4.8%. Q4 2019 was unchanged at +2.1%. “[A] downward revision to private inventory investment was partly offset by upward revisions to personal consumption expenditures (PCE) and nonresidential fixed investment.” 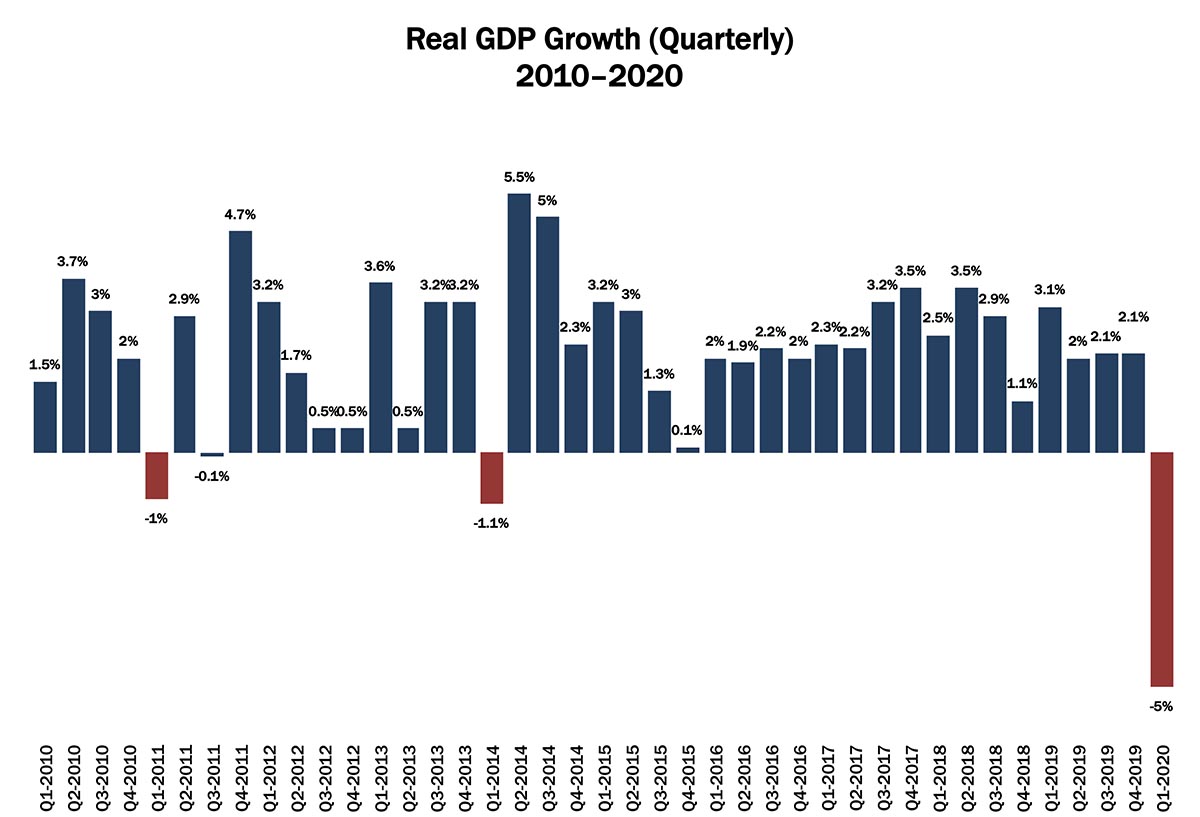