We wrap up our coverage of last week’s SGIA Expo 2015 with a look at a handful of the major new product announcements that were made at the show.

Even on the last day of the show, the crowds queuing up to await the opening of the expo floor reminded me of a rock concert or sporting event, eager fans keen to get inside. By all accounts, the Expo was a rousing success, with this year’s Atlanta show boasting the largest attendance at an East Coast show, and even close to matching that of a Vegas show. If you have followed our coverage last week, you know about some of the educational sessions and keynote presentations, and Frank’s roaming videos give you a sense of the show floor. Textiles and fabric printing had a much larger presence than at previous shows, while at the other end of the spectrum, printing on rigid and three-dimensional materials and objects also retained a very strong presence (yes, all substrates, even paper, are technically three-dimensional, but here I use the term to refer to things like golf balls, pens, awards, plaques, etc.). So, printing on very soft and very hard things are the two extremes well-represented at the show. 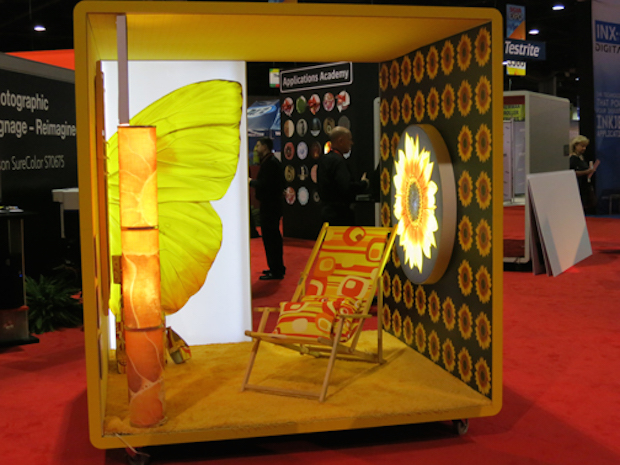 “Application Galleries”—such as Agfa’s—show the bewildering number of different materials that can be printed using wide-format equipment.

There were also, near as I can recall, an unprecedented number of major new product introductions. To recap some of the major ones: 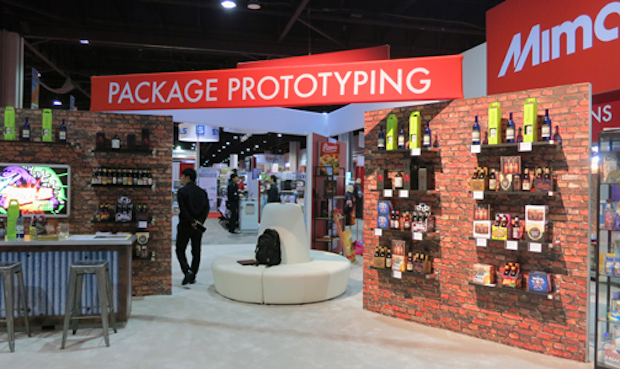 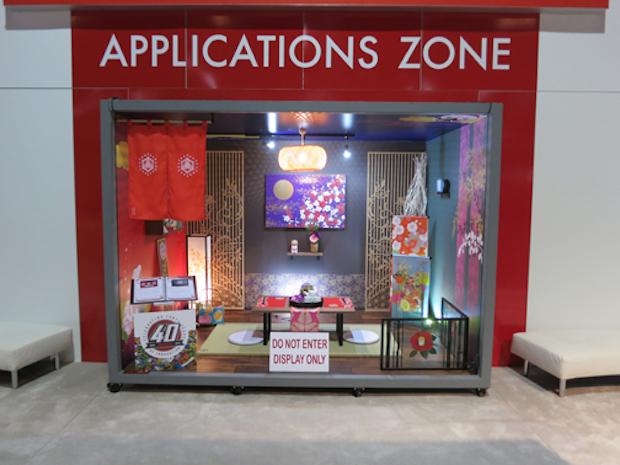 Whether it be labels, packaging, and package prototyping (above) or all the furniture and décor for, say, a tea service (below) Mimaki was demonstrating all the capabilities of its extensive portfolio. 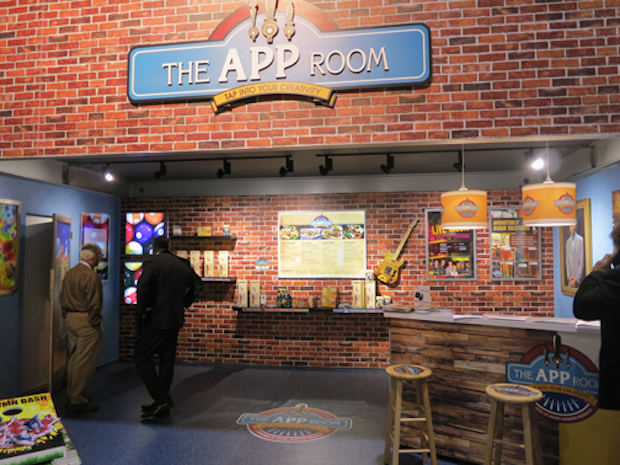 Canon Solutions America likewise offered an “App Room” in which virtually everything was printed on Canon equipment.

Although wide-format hardware gets the bulk of the attention, software is an increasingly important element in specialty graphics printing. To that end, Agfa was demonstrating the latest features of Asanti, its PDF-based workflow software designed for sign and display producers, and StoreFront, Agfa’s web-to-print solution. Asanti 2.0 features automation via layout templates and hot tickets, and includes other new tools and enhancements. StoreFront v3.0.6 features new design options for increasing customer engagement, production enhancements for easier administration, and business logic updates for optimal cost coverage and profitability.

Enfocus was showcasing its complete line of quality control and automation solutions, highlighting automation for wide-format production workflow, especially in the context of the Caldera Nexio configurator, used to connect to Enfocus Switch automation, as well as the just-announced new Switch configurator for Tilia Labs’ Phoenix imposition and job planning application.

Esko launched its newest version (14.1.1) of ArtiosCAD its structural design editor for packaging and displays. The notable new feature of the update is Canvas Design, which significantly improves the workflow for anyone designing and producing multi-component displays and packaging.

This is but the merest handful of new announcements.

One of the best parts of the SGIA Expo is seeing exhibitors’ “application galleries,” all the unique things they—and/or their customers—have created. An interesting consequence, a couple of exhibitors were telling me, is that as equipment portfolios get larger—and the machines themselves get bigger—there is less and less booth space for elaborate printed product showcases. (It would solve a number of space problems if someone could develop a flatbed printer that could be oriented vertically, but I expect that would be quite the engineering challenge, given the gravity of the situation…) 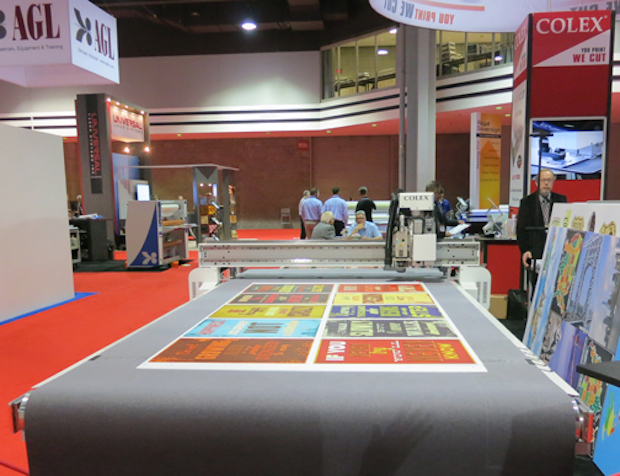 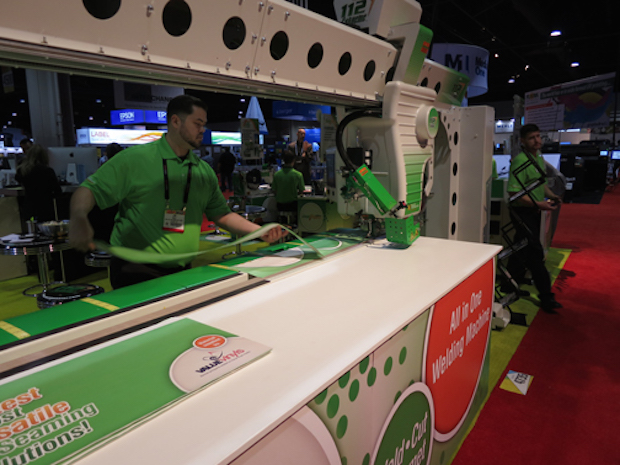 So there you have it. As the lights dim on another SGIA Expo, I offer this modest prediction for 2016: as printing equipment proliferates, two areas to keep a special eye on are software and finishing—prepress and postpress. Automation came to commercial printing and is poised to become an issue for wide-format. And as more printers get involved in specialty printing, they’re going to need ways to finish the output, in a variety of ways. Stay tuned. 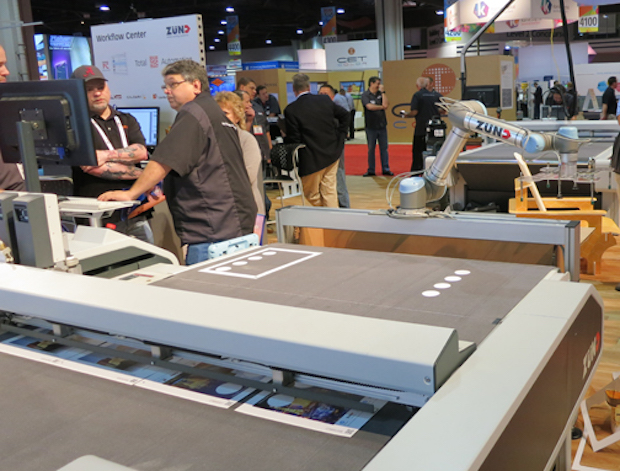 The next generation of automation: robotics? This Zünd cutting table features a robotic off-load arm