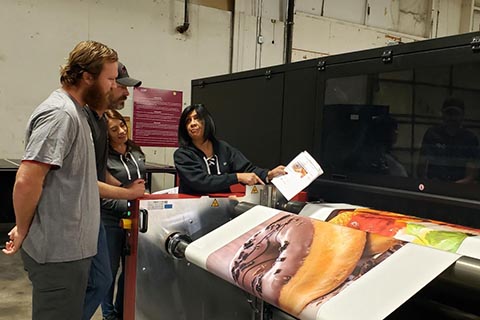 "GSP is thrilled to enter into a strategic partnership with longtime industry leader, Agfa," said Scrima. "Exceeding customer expectations is a priority for GSP. The addition of Jeti Tauro LED printers enables us to deliver even faster turn times and enhanced quality."

Due to the high pigment load of Agfa-made inks and Asanti's ink saving algorithms, ink consumption per square meter is the lowest on the market. The result is an ideal balance between image quality, productivity, and cost of ownership.

GSP's mission is to help its customers increase revenue, reduce costs, and streamline communication while meeting their sustainability mandates. The Clearwater, FL-based company offers end-to-end retail solutions and services across all channels to make business better for its customers.

Agfa, a Platinum sponsor of PRINTING United, will be located in booth #8242. The show is being held at the Kay Bailey Hutchison Convention Center in Dallas, TX, from Wednesday, October 23rd to Friday, October 25th, 2019. For more information visit https://www.printingunited.com.