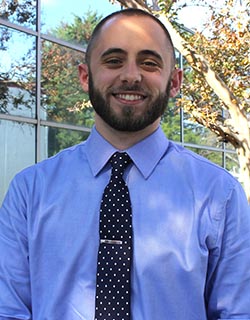 Charlotte, N.C. – Global anilox roll supplier Harper Corporation of America is dedicated to providing leading innovation and support within the flexographic industry worldwide and has named Josh Sigmon the new Sales & Technical Manager for the Eastern Region of the world. In this role, he will serve the entire Eastern Hemisphere including Europe, the Asia-Pacific region, and the Middle East.

Sigmon served as Technical Account Manager for the Central Plains Region prior to being appointed to this new role. He will benefit agents, distributors, and customers in the Eastern Hemisphere as the single point person for all of their needs and will provide improved support.

Sigmon possesses a strong educational background with Associate of Applied Science (AAS) degrees in Graphic Arts & Imaging Technology and Graphic Arts & Imaging Technology with a concentration in Flexography from Central Piedmont Community College (CPCC), as well as a Bachelor of Science degree in Graphic Technologies from the University of Central Missouri. He worked full-time for Harper Corporation of America as a Quality Assurance Inspector while attending CPCC, and full-time for a large format printer while attending the University of Central Missouri.

In addition, Sigmon has won numerous awards in the industry. He participated in the Phoenix Challenge in 2014, 2015, 2016, and 2017, winning three awards in 2017 for design research and execution. He also earned the PICA Award in 2013. His wealth of training and experience have been a strong asset in his work at Harper.

Harper Corporation of America is committed to maintaining its promise to offer the best quality products, technology, and outstanding customer service and support and is confident that Sigmon will uphold this mission while serving the Eastern Hemisphere.