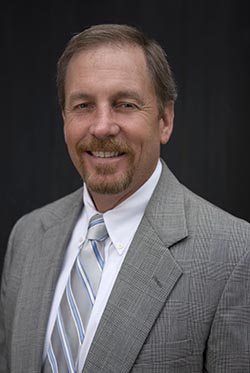 Al Kennickell was born in Savannah and graduated from Jenkins High School in 1973. He accepted a football scholarship to The Citadel where he graduated in 1977. Upon graduation he went to work at Kennickell Printing Co. (now The Kennickell Group), the family’s printing business. In 1981 he became the president, and the next year bought the business from the family. Kennickell leads the industry in innovation and technology, and is often recognized nationally for its achievements. It is now the leading company in the world in global print and distribution with many of America’s leading companies as clients.

“Al is an excellent ambassador for the Heritage Classic Foundation,” Tournament Director Steve Wilmot said. “He and his staff were the masterminds behind the plaiding of the Harbour Town Lighthouse, a high profile project that required a great deal of planning and engineering. Over 3,300 square feet of vinyl was printed and installed in just four days.”

Al is the immediate past president of the Brigadier Foundation of the Citadel. He is the past chairman of the National Museum of the Mighty Eighth Air Force, the Liberty Mutual Legends of Golf, Savannah Area Chamber of Commerce, Greater Savannah Sports Council, Coastal Georgia Workforce Development Partnership, The Savannah Executive Association, The Savannah Foundation, The Chatham Club, Walk America and past Senior Warden of St Thomas Episcopal Church.

Kennickell’s duties as tournament chairman include acting as master of ceremonies at opening and closing ceremonies. He will also have a speaking role at Media Day on February 25.

The 51st annual RBC Heritage Presented by Boeing will take place April 15-21, 2019, over the famed Harbour Town Golf Links. Tournament tickets are on sale at www.rbcheritage.com.