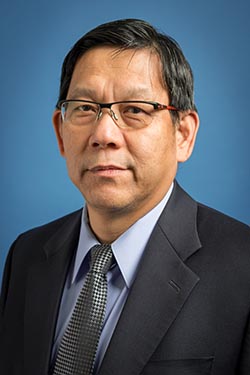 Washington, D.C. – U.S. Government Publishing Office (GPO) Acting Deputy Director Herbert H. Jackson, Jr. selects Mark “Tony” Paras as the Managing Director of Equal Employment Opportunity (EEO) for GPO. Since December 2017, Paras has served as the EEO Acting Managing Director. Paras is responsible for administering policy and oversight of the EEO program. This includes efforts to ensure equal opportunity in employment, provide for the equitable resolution of discrimination complaints, require compliance with anti-discrimination laws and regulations, and advise management on all aspects of EEO, including formulating and executing initiatives in support of GPO’s commitment to equality of opportunity.

“I congratulate Tony on his new position as the leader of our EEO office. His institutional knowledge of GPO and of EEO policies make him a natural choice for this important position,” said Acting GPO Deputy Director Herbert H. Jackson, Jr. “I am confident that Tony will continue to make progress with GPO’s EEO program, and I look forward to working with him.”

Paras has more than two decades of EEO experience in the Federal sector. He joined GPO in 2015 as the EEO Assistant Managing Director. In that capacity, he served, in partnership with the EEO Managing Director, as the principal program/policy lead on high priority initiatives of the GPO and regulatory agencies that have high visibility and required his day-to-day management for success.

Paras retired from the United States Army as an Equal Opportunity Program Manager in 2005. He began his Federal career upon his retirement from the Army at the Office of Civil Rights and Civil Liberties, Transportation Security Administration as an EEO Specialist. He later served as the Acting Deputy Director, EEO at Washington Headquarters Services where he worked with senior management officials at the Pentagon and other outlying service components of the Department of Defense on diversity management. Paras subsequently became the Chief, Office of Equal Opportunity Programs at the National Parks Service.

GPO is the Federal Government's official, digital, secure resource for producing, procuring, cataloging, indexing, authenticating, disseminating, and preserving the official information products of the U.S. Government. The GPO is responsible for the production and distribution of information products and services for all three branches of the Federal Government, including U.S. passports for the Department of State as well as the official publications of Congress, the White House, and other Federal agencies in digital and print formats. GPO provides for permanent public access to Federal Government information at no charge through www.govinfo.govand partnerships with approximately 1,140 libraries nationwide participating in the Federal Depository Library Program. For more information, please visit www.gpo.gov.