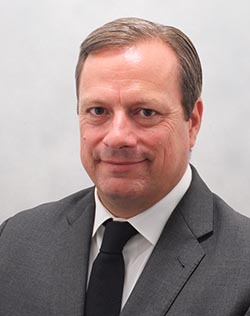 San Diego, Calif. – Memjet announces that Arnaud Linquette has joined the company as senior vice president of Europe, the Middle East and Africa (EMEA). In this newly created position, Linquette will define and implement Memjet’s strategy to increase awareness and adoption of Memjet’s printing technology in the EMEA region.

“Over the last year, Memjet has expanded its printing technologies to an increased number of OEM partners,” said Len Lauer, chief executive officer at Memjet. “As a result, we have seen increased interest in our technology coming from many regions, including EMEA. Arnaud’s demonstrated experience in opening and building markets around the globe, combined with his knowledge of the graphic arts marketplace, makes him uniquely qualified to capture these opportunities. We welcome him to the Memjet organization.”

A native of France who lives in Paris and Düsseldorf, Linquette brings a wealth of experience and market knowledge to this role.

Prior to joining Memjet, Linquette was general manager of the Graphic Communications Business Group of Xerox Europe. In this role, he developed and executed the marketing business strategy and product launch of the Xerox digital printing, packaging and software business unit in Western Europe.

Previously, Linquette held leadership roles in the Graphic Communications Sector for Xerox and Fuji Xerox. These roles spanned the globe, starting in France and expanding to positions in China, Japan, Singapore, the UK and ultimately Sweden, where he was the country general manager and managing director for Xerox. Linquette also led the iGen technology and color production business of Xerox in Europe.

“Inkjet is playing an ever-increasing role in expanding industrial and commercial print markets,” says Eric Owen, general manager at Memjet Technology. “Capturing that opportunity requires the expertise of a seasoned professional like Arnaud. He will be a vital resource for Memjet and its partners, ensuring our printing solutions play a key role in empowering the growth in these print markets.”

“Memjet is expanding what is possible in print, opening up new possibilities for OEM partners and the print service providers they serve. I am delighted to be joining this innovative company, and look forward to increasing market share for Memjet in the EMEA region,” concludes Arnaud Linquette.