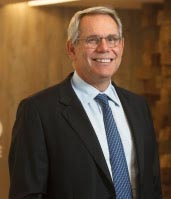 Boston, Mass. – RISI, the leading information provider for the global forest products industry, today announced that Walter Schalka, Chief Executive Officer of Suzano Pulp and Paper, has been named the 2018 Latin American CEO of the Year. It is the first time an executive from the region has won the award for the fourth consecutive year. The award will be presented to Mr. Schalka at the Latin American Conference on August 14, 2018 in São Paulo, Brazil.

RISI’s Latin American CEO of the Year is nominated by a group of investment analysts, portfolio managers, and RISI experts covering the Latin American and global pulp and paper industry.

Amongst the reasons cited for Walter Schalka’s fourth win, one analyst said his “successful management and leadership during the merger with Fibria” and ability to “structure the deal to ensure Suzano shareholder’s stakes were not diluted” made him a standout nomination.

Another analyst commented that his “strategic diversification, generating current and future growth of the business by investing in the Brazilian tissue industry” makes him a notable leader in the region.

When notified of his fourth win, Mr. Schalka stated: “The year of 2017 represented a very special period in Suzano’s history, marked by a growth path and preparations for the future. We have concluded important projects, such as the debottlenecking of Imperatriz mill, in Maranhão state, and debuted in the tissue market, while reporting a record generation of operational cash flow and consistently deleveraging the company. As a result, we have obtained the investment grade by risk rating agency Fitch”.

Another important achievement registered in 2017 was the company’s debut at the Novo Mercado listing of the Brazilian stock exchange. “This was an important step that shows Suzano’s commitment to society and its shareholders,” the CEO commented.

Mr. Schalka goes on to explain Suzano’s success is the result of a drive for the company to become better every day, by increasing competitive production costs, develop new products and innovate ways to meet customer demands. He points to Suzano’s 8,000+ employees as the reason for continued success.

Suzano ended 2017 with the lowest nominal cash cost over the last years of Real 599/tonne, 3.8% down over 2016, while posting a record operational cash generation of Real 3.5 billion, 28% higher year-over-year.

Walter Schalka began his career at Citibank and later joined the holding company of Grupo Maepar. In 1989, he began working as Chief Financial Officer at Dixie Lalekla. After the merger between Toga and Dixie Lalekla, in 1995, that created the Dixie Toga Group, he became General Director. In 1997, he became the group’s CEO and played a decisive role in its expansion, merger and transfer of control processes. In May 2005, he joined Grupo Votorantim as CEO of Votorantim Cimentos, where he was responsible for the operations in Brazil and in 14 others countries. In January 2013, he became CEO of Suzano Pulp and Paper, where he has focused on improving the company’s results.

Walter Schalka holds a bachelor’s degree in Engineering from the Technological Institute of Aeronautics (ITA) and a graduate degree in Business Administration from the Getulio Vargas Foundation of São Paulo (FGV-SP). He also participated in the executive programs at IMD (Switzerland) and Harvard University (USA).

For more information about the Latin American Conference, click here.