Schaumburg, Ill. – After 47 years with the company, Rick Clendenning has stepped aside from his role as President of INX International Ink Co. He will continue as CEO through the end of 2018. In his place, John Hrdlick has been promoted to President/COO and Bryce Kristo to Executive Vice President/CFO.

Mr. Clendenning began working for the company in 1971 when he was finishing his studies at the University of California-Fullerton. Rick began as a tub washer and mill trainee at Acme Printing Company, which later was acquired by parent company Sakata INX in the late 1980s. He became President and CEO in 1999, and is committed to continuing as CEO to help with the transition and ensure the company meets its 2018 business goals.

“The time has come for us to start our executive transition plan, and for me to shift gears to spend more quality time with my wife and our two sons’ families, including six grandchildren,” said Clendenning.

“I consider myself to be very fortunate to have had the opportunity to travel the world in this job and develop important relationships with people. I’ve met with thousands of customers and employees and made many friends. John Hrdlick and Bryce Kristo have been part of the great senior management team we have at INX. They have helped me throughout my Presidency, so I am very confident the company will continue to prosper under their guidance and direction.” 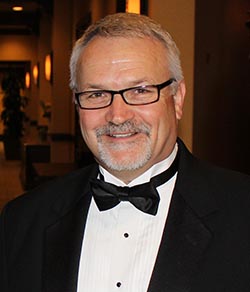 Mr. Hrdlick has followed a similar path during his career at INX. John started at Acme in 1977 as a third shift worker. He accepted a variety of jobs at different locations throughout the U.S., rising to become Senior Vice President and COO in 2012. One of the many projects John has managed is a multi-year capital improvements program. Several U.S. manufacturing facilities have been built or expanded since 2015, including on-going construction at the INX Research & Development campus in West Chicago, IL that is expected to be completed later this year.

“I have had the pleasure to work with Rick Clendenning and INX for many years and have benefitted from his leadership, mentorship and friendship,” said Hrdlick. “To be named President and COO for our company is a very high honor that I do not take lightly. I will work closely with Bryce Kristo, our executive team and all of our outstanding employees to help INX continue to be successful going forward.”